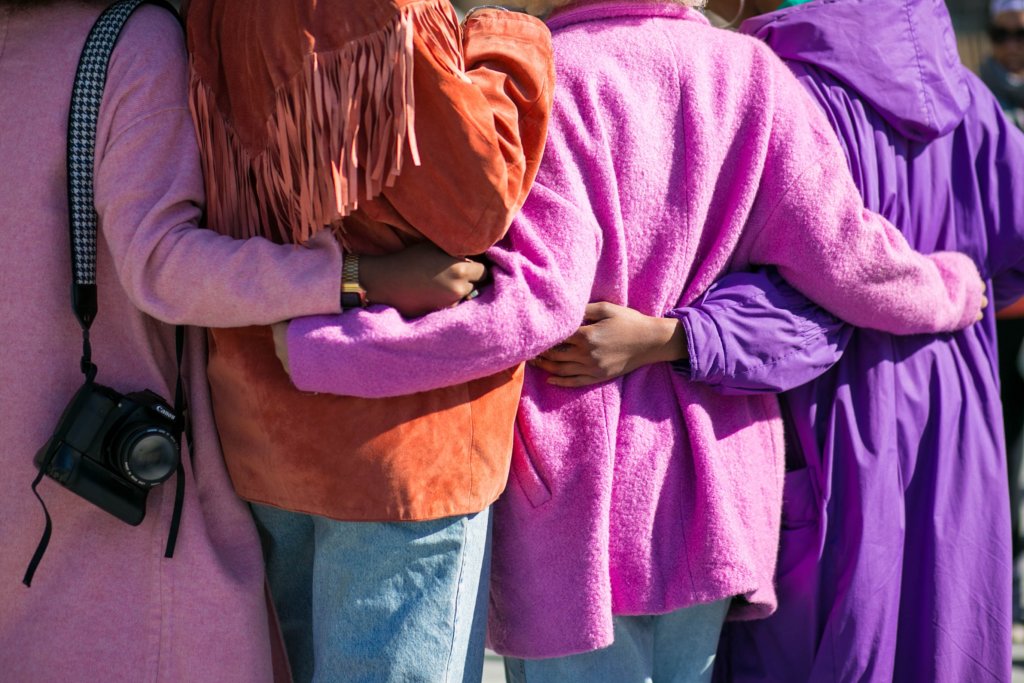 In a recent article on aging, Kori Miller asks “How do you feel about growing old? For some, it’s a scary time filled with change and loneliness. But it doesn’t need to be that way. In fact, it shouldn’t. We’re social creatures and growing old isn’t a solo sport.”

With increasing longevity, however, we have learned that social engagement is key to positive aging, so we have invented ways to make sure aging is not a solo sport.

But living in CCRCs or age-homogeneous communities is not for everyone.  For some, they are too expensive, while others prefer more intergenerational settings, where people of all ages mingle.  Whatever the reason, more than 90 percent of later-life Americans will age in place.

That raises the question: How are the rest of us to avoid aging as “a scary time filled with loneliness” if we age in place?

Last week I discovered another creative approach to positive aging while aging in place.  These are all around us, but I was particularly intrigued by the example of Linda Mooney.

Mooney was born in Annapolis and graduated from Annapolis High School in 1969.  Three years later, she earned her RN diploma from the school of nursing at Baltimore’s Church Home and Hospital and in 1974 was married to a merchant marine engineer.

Mooney and her family, which soon included two children, lived in San Francisco and Seattle before moving to Florida and later to Leesburg, Virginia.

Mooney’s 44-year career in nursing began in emergency rooms and included intensive care and medical-surgical units. However, in 1994, while living in the Clearwater area on Florida’s West Coast, Mooney moved to hospice practice, a game-changer for her to which she devoted the last 10 years of her career.

“I loved working in hospice where you are helping people move through the final phase of a terminal illness.  It’s a mission where you focus on comfort and quality of life rather than a cure, where you want those in your care to be comfortable and free of pain so they can live each day as fully as possible.  I also liked that you are working with family members – listening, responding and educating – as much or even more than with medical professionals.”

When it came time to retire, Mooney was employed Johns Hopkins as inpatient insurance reviewer. Having been single for 20 years, she worked with a retirement counselor to plan her future.  That’s when she talked to Cathy Downey, her younger sister, and they decided to live together in Annapolis.

Her counselor remarked approvingly, “You are headed for a ‘Golden Girls’ arrangement and that can be very positive for your social, financial and over-all well-being.”

The retirement specialist, of course, was referring to NBC’s “Golden Girls” sitcom (1985-92) about four mature women, divorced or widowed, who live together in Miami where they experience the good fortunes and misfortunes of their golden years – with an occasional clash but, in the end, always there for one another.

“We are very different in many ways, but we both value family.  We have monthly family dinners with Cathy’s adult children in Annapolis, and we provide baby-sitting services for grandchildren when needed,” Linda said.

Though Mooney’s son works for Marriott in San Diego, her daughter – a Navy defense contractor in Virginia – is close by along with her three granddaughters age 16, six and four.

“I’m very different from their systems engineer mother, so we have a lot of fun together.”

In addition to her Golden Girls living arrangement, Mooney also holds a part-time job at the Westfield Annapolis mall, where she traded her nursing uniform for that of the train engineer. Three days a week – on Monday, Tuesday and Friday – you can find Mooney driving the trackless train for the little ones.

The Royal Express begins at the Westfield PlaySpace and snakes down to the old Lord & Taylor store and back again – a 10-minute trip.

“I really enjoy doing the train, Mooney said.  “Besides the income, I receive enormous satisfaction from the joy and expressions of appreciation I receive every day from parents and grandparents – and the children – who experience the ride with me.”

In her days off, Mooney loves to garden and to read – though her reading habits have “evolved” from romance novels to the apocalyptic.

“For some reason, I’m drawn to stories about pandemics (such as David Quammen’s “Spillover: Animal Infections and the Next Human Pandemic“) or EMP attacks on our electric grid  (such as Harley Tate’s “The Darkness” trilogy) – and how we might respond as individuals and as a society. It’s fascinating.”

Mooney’s story is just another example of a life well-lived.  More importantly, it’s another proof point that positive aging is not a one-size-fits-all issue but is a progression of lifestyles that takes many forms and has many ups and downs – just like the rest of life.  Still, one thing does stand out:

Positive aging is not a solo sport – and it’s best undertaken by active involvement in the company of those we love and who love us back.

Posted in Bonus Years and Work, Bonus Years Biographies, Bonus Years in Film, Bonus Years Innovation, Bonus Years Lifestyles
← The value of a story is in the telling, so tell it by the artifacts of lifeAt age 99, the autobiography is used to share inspiring stories of a life well-lived →