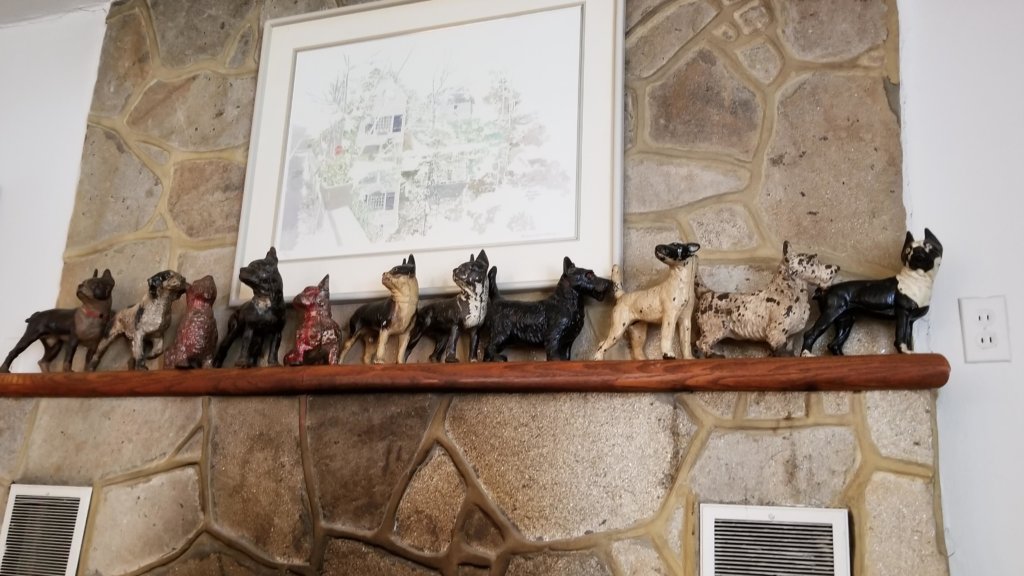 At age 99, the autobiography is used to share inspiring stories of a life well-lived

by Phil Burgess, Unabridged from the Life section of the Annapolis Capital, Sunday June 30, 2019

Celebrities, they say, are known for being known. Heroes, by contrast, are known for their deeds – for results and accomplishments and their contributions to the commonweal.

While many heroes are well known – such as aviator Charles Lindbergh or astronaut John Glenn – others are less well-known.  Those are the unsung heroes.

Last week I met a true unsung hero from the Greatest Generation.  He lives in Edgewater.  His name is Kenneth Nagler, and he met Lindbergh, worked with Glenn and celebrated his 99th birthday last week.

Nagler’s gait has been slowed by his advanced age, but not his sharp mind nor his keen wit.  And lucky for us because Nagler has been involved in leadership positions in some of the most consequential developments since the Japanese attack on Pearl Harbor in December 1941.

Born in Longmeadow, Massachusetts in 1920, Nagler is the son of first-generation German immigrants. He came from a large family where everyone was supportive and congenial – “…except for ‘Crummy Uncle Bill’ who was often cheap and self-centered and sometimes bad-tempered.”

From an early age, he acquired a life-long love of animals from his father who once took him to a zoo headed by Theodor Geisel, the father of the author, Dr. Seuss.

Nagler grew up around his father’s menagerie – including foxes, game hens, several varieties of pheasants and prize-winning homing pigeons.

Young Nagler always had dogs, beginning with Spot, a Beagle-like rabbit hound followed by a Redbone Coonhound and an English Setter – plus cats, a pet squirrel and white rats.

At age 13, Nagler’s father offered a choice: to get pheasants or homing pigeons.  “I chose the pigeons,” he said.

Within a year he had nearly a dozen young birds, joined the local club and started competing in young-bird races from 80 up to 300 miles.

“You know,” he said, “homing pigeons can fly 40-60 mph for long distances.  They have great endurance, and some have been clocked at over 90 mph.”

He continued, “In my first competitive year, 1934, we finished okay in earlier races, but we won the last and longest, a 300-mile race.”

In the autumn of 2013 – 80 years after he started his bird-racing hobby – he was found observing the incoming birds from a Maryland fancier’s loft.

Nagler also acquired an affinity for the outdoors and a love of fishing and hunting from his father.  “My hunting successes included grouse, rabbits, a crow and goshawk.  Those birds were considered varmints then, but I have regretted shooting them ever since.”

Still, travel and his love of walking in pristine wilderness, and especially rain forests, remained a lifelong interest of Nagler and Nan – his wife of 70 years and the mother of their three girls.  Nan passed in 2018, “the saddest day of my life,” he said.

Over the course of their life together, Nagler visited many countries and all seven continents, including Antarctica.

After graduating from high school, Nagler attended what is now called the University of Massachusetts in Amherst.  He joined the ROTC program (which still featured cavalry) and majored in mathematics.  True to form, however, he sought out highly regarded faculty to take a variety of other courses – from botany and entomology to advanced physics and creative writing.

“The attack on Pearl Harbor occurred in the middle of my senior year.  My classmates and I realized that our life would change radically and that we would somehow have to get involved in the military.”

“If that disastrous event had not occurred,” he added, “I probably would have become a dull teacher of math or English somewhere in New England.”

However, what followed in the life of Ken Nagler is anything but dull.

First, he joined the Navy.  During officers’ candidate school, he befriended a former weather observer on Admiral Richard Byrd’s expedition to Antarctica, so when the time came to choose a specialty, Nagler chose meteorology.  This led to intensive training at the University of Chicago after which he received his first assignment to the Naval Air Station in Atlanta

That was 1943, and from that time on, it was all business as Nagler spent the rest of his career, much of it in top positions, as a weather specialist.

In 1945, Nagler joined a Naval technical mission in Europe to investigate German developments in meteorology.  Nagler then focused on fallout patterns that might be expected in chemical warfare or nuclear testing.  After assignments in Utah and Nevada, Nagler developed a nuclear fallout prediction method that was used in planning and executing all subsequent nuclear tests from 1955, including those in the Marshall Island atolls of Eniwetok and Bikini in the Western Pacific.

In 1947, Nagler returned to the University of Chicago, where, he says, “I got a wife and a Master’s degree.”

In the early 1950s, as aircraft routinely operated at altitudes above 30,000 feet, Nagler and a colleague published research on the jet stream, a band of high-speed westerly air currents that encircle the globe and shape surface as well as atmospheric weather.

In 1960, NASA asked the US Weather Bureau to form a weather support group for America’s first manned-space program.  The Bureau turned to Nagler, who formed the Project Mercury Weather Support Group.

For the next 12 years, Nagler headed the teams that provided weather support to Mercury and the Gemini, Apollo and Skylab manned-space programs.

Nagler was typically among the last to brief the astronauts before their launch, often conducting a final brief while riding with the astronaut to the launch pad.  Nagler personally viewed more than 30 launches from May 1961 to December 1972.

Testimony to personal relationships with nearly every astronaut during that period is found in personal notes and inscribed photographs that Nagler has saved over the years.

When he “retired,” Nagler didn’t head for the golf course. “I played golf a couple of times.  But I once got a par on a par-three hole.  Since that is the goal in the game, and I succeeded, I never had to play golf again.”

The Naglers had many dogs – primarily Dalmatians and Standard Poodles.   He trained and showed his dogs in obedience trials – and trained a box turtle to run an obstacle course.  “Turtle Agility” has more than 40,000 hits on Google.

“At one point,” he said, “I had more Dalmatian obedience titles than anyone else in the country.”

Once fully retired, he became an obedience judge for the American Kennel Club. “Between 1971 and 2014,” he observed, “I judged hundreds of obedience trials, mostly along the East Coast and Midwest, and four in Canada.”

Now that he is in a “slow-go” phase as far as physical activity is concerned, Nagler has amped up his writing.  He just finished his autobiography: “A Long and Happy Life: The Autobiography of Kenneth M. Nagler.”  At 174-typed pages, including many historic images, it is a splendid read.

When I asked him, “What’s next?” Nagler quipped, “Some people have unpublished manuscripts.  I have unwritten manuscripts.  They are in my head but not yet on paper.  I work them out in bed at night.  I have eight of them.  That’s next.”

In addition to his wonderful story of his love of family, his talent for prose, and passion for science, nature and animals of all kinds – but especially dogs – Nagler is also gifted in rhyme and meter.  In fact, the Nagler’s annual Christmas letter to friends and family is always set in rhyme, as are his accounts, in poetry, of the many places he has visited around the world.

I will conclude with the verse Nagler uses to end his autobiography: “I’ve lived a long and active life / Good parents, daughters, special wife / At near one hundred, still alive / I guess I’ll aim for one-o-five.”