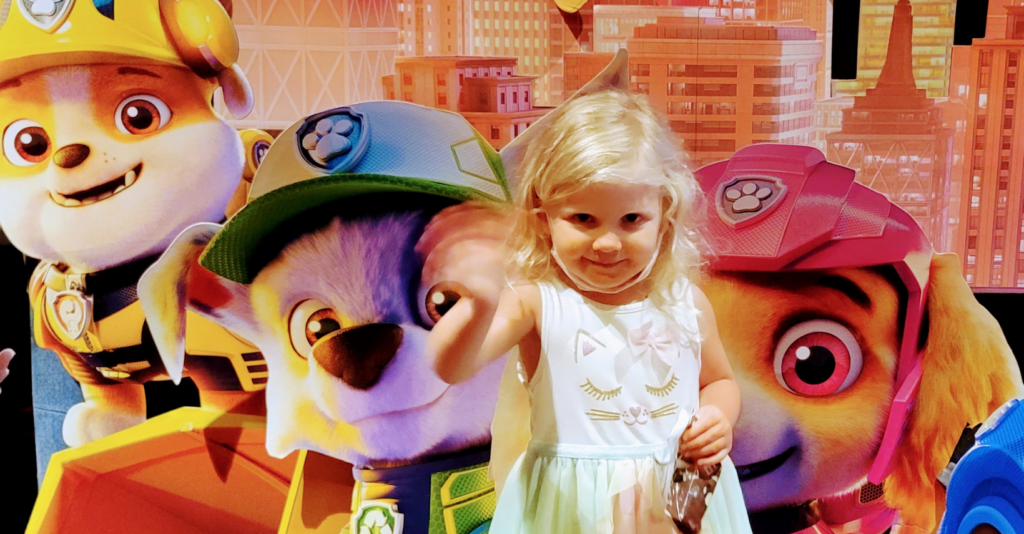 by Phil Burgess, Unabridged from the Life section of the Annapolis Capital, Sunday September 12, 2021

Are you familiar with the Paw Patrol?

Perhaps not, especially if you’re in your bonus years. In that case, I’ll bet you remember Disney’s Popeye the Sailor Man or Steamboat Willy.  And who could forget Wile E. Coyote and The Road Runner from Looney Toons?  All these guys, plus Minnie Mouse and Olive Oyl, “performed” at the half-price matinees we used to have on Saturdays.

But, even if you recall these classics, beware!  Beware because our knowledge of the world of cartoons – now called “animated storytelling” by America’s digital natives (our grandchildren) – doesn’t count for much with today’s youngest generation.

What we learned back in our glory days doesn’t register with today’s youngsters because animated storytelling has a whole new look in substance as well as method.

The plots are the same – some mixture of normalcy, crisis, rescue, and resolution to normalcy (or to a new life) – but they unfold with a whole new cast of characters and very different on-screen settings and cultures.

Consequently, the new cartoon culture presents those of us in our bonus years with an opportunity to expand and deepen inter-generational relationships.

Indeed, as we learn these new stories (such as the Paw Patrol) and recognize the nuances in their characters, as we appreciate not just what they do but who they are and what they stand for, we help our grands to see another dimension of our shared universe, another benchmark that we’re all in this together.  Once shared, these stories give us issues to talk about around an agenda that is important to them.

In fact, empathy and shared stories may be the most powerful way for elders to spotlight and reinforce the virtues the newest generation will value and practice.

Empathy and shared stories also amplify our role as a steadfast source of wisdom, good advice, and reliable counsel, reinforcing our inherited status as a grandparent.

That brings me back to the Paw Patrol, which opened in area theaters two weeks ago. For those who don’t follow these things, here’s the scene:  the Paw Patrol is a group of six rescue dogs – five males and one female.  They are led by a tech-savvy, 10-year-old boy named Ryder.

The overall values orientation of the Paw Patrol is appealing: The heroic pups work together to protect the community.  Moreover, they live by a creed: “no job is too big, no pup is too small” to achieve whatever needs to be accomplished.

The pups have special skills, high-tech gadgets, and sleek emergency vehicles, and each has a special rescue mission:

I learned about the Paw Patrol from my granddaughters, Lilly (age 4) and Addy (age 5).  When they stay with us, we almost always have one evening for “screens”.  That’s when we watch movies like Frozen or Mulan or TV episodes of Angelina Ballerina and, of course, the Paw Patrol.

Learning about these animated characters, cultures, and stories is a challenge – and watching them repeatedly is especially challenging.

But, the return on investment came two weeks ago when I asked the girls if they wanted to go see Paw Patrol: The Movie.  Addy, the older, said no.  She thought it might be too scary.  But Lilly, the younger, was keen to go.  She had her shoes on before I finished the rules of engagement.

On the way to the Bow Tie Theater at the Annapolis Mall, Lilly and I bargained about refreshments.  By the time we arrived, we agreed she could have two items. She selected popcorn and gummy bears.

Once the movie started, Lilly was fixated on the big screen and sitting on the edge of her seat, fully engaged in the story.

Every five minutes or so, she would look at me and point to the screen – with approval or dismay – about happenings in the story.  After about 25 minutes, she leaned on my shoulder and said, “Papa, I love the movies.  Don’t you?”

A few minutes later, she said, “Papa, may I have some water?”  At that point I would have given her anything she wanted.  “Sure,” I said.

I then walked from the far end of the theater to the refreshment area up front to fetch some water and ice for Lilly.

When I returned (spoiler alert), she told me that I had missed seeing Liberty, a new pup in the Paw Patrol lineup.  “Liberty is a girl,” she said.  A few minutes later, Liberty, an eager-to-perform-and-prove-herself dachshund, reappeared, and Lilly tugged on my shirt to make sure I saw the Paw Patrol’s new addition.

“There she is.  See, she’s a girl.”  Though the gender distinction was ambiguous – Liberty looked like all the other pups to me – I still agreed, unconditionally.

About that time, Lilly decided she wanted to sit in my lap, drink her water and eat her gummy bears.  She ignored the popcorn, so I finished that off.

Then, as the credits were rolling at the end, Lilly looked up at me and said, “Papa, I love going to the movies with you.”

After I caught my breath, I said, “Well, Lilly, I love going to the movies with you, too.”

“Could we go tonight?”

I gave her a smile and a big hug, hoping she wouldn’t press me for an answer.  She didn’t. We waited till the credits were over and headed for home – but not before taking a picture of Lilly with the Paw Patrol characters in the theater lobby.

I read someplace that in later life we remember special moments more than we recall events or days or stuff or things.  The moment Lilly said, “Papa, I love going to the movies with you” is a moment I’ve cherished every minute since – and I’m sure it will be among the lasting.