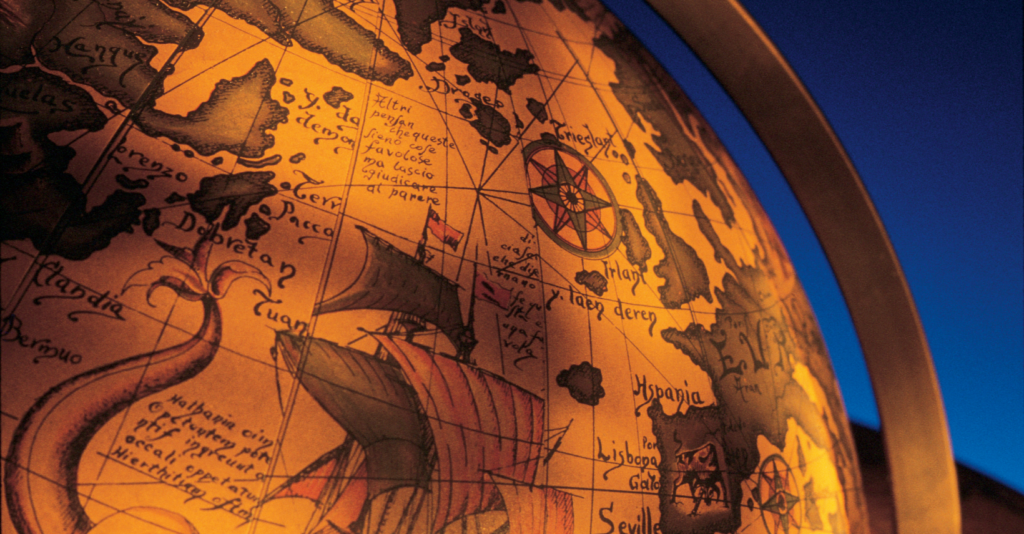 by Phil Burgess, Unabridged from the Life section of the Annapolis Capital, Sunday October 17, 2021

Musical prodigy James Deacon once observed that “What you see depends not only on what you look at but also on where you look from.”   In plain English, that might be called “perspective” or “point of view” or “frame of reference”.

I thought of this last Monday as our family joined other Americans to celebrate Columbus Day, even though a few days earlier the US president issued the first presidential proclamation of “Indigenous Peoples Day” – not unexpected since even my one-time home of Columbus, Ohio, no longer observes its namesake’s holiday, having renamed it Indigenous Peoples’ Day in 2020.

Because I’m now in my bonus years, I’m sticking with Columbus, a holiday I recall as a youngster. It was celebrated then to recognize the great explorer and navigator who unleashed an unprecedented global migration of people in search of everything from new riches to new freedom and new ways of life.  I learned much of this from songs we would sing at the beginning of each class in elementary school.  Every 10th day or so it would be about Columbus.

The lyrics went something like this: Columbus started something by sailing over here / Others followed later to this Western Hemisphere / People of all nations, and people of all creeds / Coming here for freedom and for glorious deeds.

Even at that young age, we knew that Columbus didn’t “discover” America.  Indeed, those I grew up with also knew the poem that said: The Inuit and Cherokee / The Aztec and Menominee… / Columbus sailed across the sea / It isn’t like it was empty space / Caribs met him face to face / Could anyone discover the place / When someone was already here?

But what stood out to me was not who got here first or their motivation (e.g., missionary fervor, adventure, conquest, lust for gold and spices) but rather how the voyage of Columbus was based on a big idea – namely, that you could sail West to get to the East and how his voyage led to widespread awareness of what the Europeans began to call the New World – a place where people could go “for freedom and for glorious deeds”.

I still see the United States as that kind of place – as a magnet that draws people seeking a new life where they can live in freedom and march to their own drummer in pursuit of “glorious deeds”.

Of course, the best example of that is the large number of “people of all nations and people of all creeds” who continue to migrate to the US., as they have by the millions since the first European settlers arrived in Jamestown in 1607.

Even today, the US Census reveals that nearly 45 million people living in the U.S. were born in another country, accounting for nearly 15 percent of our own population and about one-fifth of the world’s migrants.

Another example is the present crisis at our Southern Border, where tens of thousands of undocumented migrants from over 80 countries, traveling many hundreds of dangerous miles, seeking entry to the US.

These examples, however, are numbers, abstractions.  This past week I had a personal experience of the continued attraction of the US to people abroad who are seeking to migrate to the US “for freedom and for glorious deeds”.

It happened last Monday – on Columbus Day.  In the early evening, I received a Skype video call from Sydney, Australia.  On the other end was George Ishak, a close friend and former colleague with whom I’d worked during my nearly four years in Australia a few years back.  My talented Aussie friend announced right off the bat, “I’m calling to let you know I’ve resigned my position, and I’m moving my family to the US as soon as possible.”

Ishak, in his mid-40s, is a successful IT entrepreneur who has also worked in senior IT positions in major Australian companies.  He is a scrupulous saver and careful investor, owns his home, has eight children (including a two-week old daughter), and is himself the son of a Lebanese immigrant to Australia where his father removed his wife and family in the early days of the sectarian violence that consumed that small but culturally rich nation in the Middle East.

Ishak has everything going for him in Australia.  But he has always had this itch to live and work in the US.  When I asked him what is prompting his move, he replied, “The government here, unfortunately, has used Covid to dramatically restrict our freedom to live, work and even to move around.”

“But,” he said, “these unreasonable restrictions have had a bright side: My wife is now convinced that we need to raise our family in a different, more open environment.”

He added, “I also want to start a new business.  I have a big idea that will be very attractive to the regulation-strapped and talent-constrained financial services industry.”  After explaining it to me in some detail, he said, “I think I can be more successful with this IT innovation in the US than here in Australia.”

It’s when our call ended, 30 minutes later, that I happened to pick up The Capital to read last Monday’s p. 2 headline: “Tensions persist over Columbus Day” – an AP story that covered the motivations and objectives of those who want to be done with Columbus Day along with monuments, statues, parades and buildings that recognize leaders past who are now disfavored by new creeds.

Before long, I had a second Columbus Day surprise, receiving calls from two shipmates with whom I sailed across the Atlantic 29 years ago – from Palos de la Frontera, Spain to San Salvador in the Bahamas, the first landfall of Columbus on October 12, 1492. The occasion was a trans-Atlantic sailboat race to commemorate the 500th anniversary of the first voyage of Columbus.

My own crossing, a 26-day voyage, was an experience, including deep and lasting friendships, I’ve thought about at least once a week since those memorable three-plus weeks in the autumn of 1992.  During those days at sea, I used downtime to devour a biography of Columbus as well as the diaries from his four passages to the islands of the Bahamas and the Caribbean plus the mainland of South America.