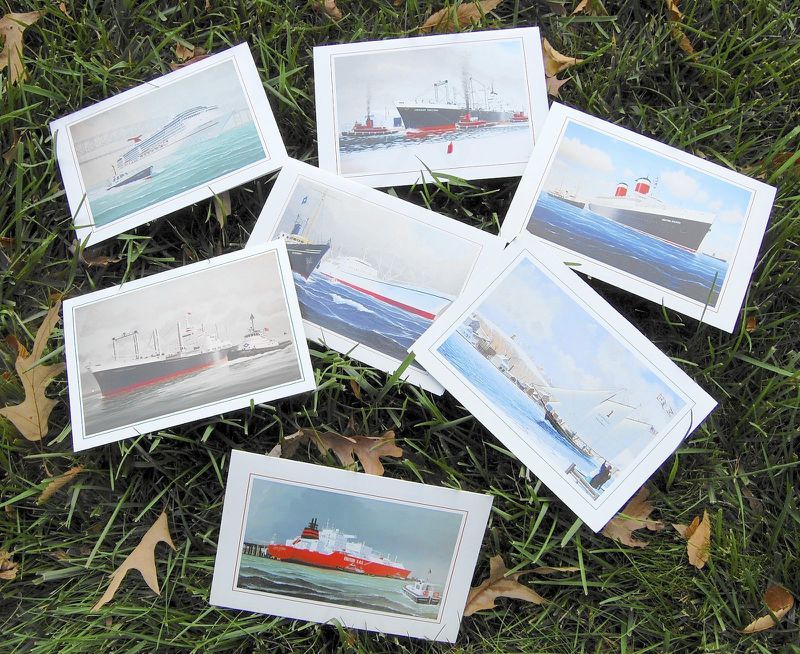 Life is enriched when we carry life-long interests into retirement

by Phil Burgess, Unabridged from the Life section of the Annapolis Capital, Sunday December 8, 2019

As Dr. Seuss might have said, last week was special, special-er than most, because I got to meet Captain Brian Hope.

Hope, born on Thanksgiving Day in 1943 in Lowell, Massachusetts, is a man of many talents honed during 76 circumnavigations of the Sun – and many more around the waters of the Chesapeake Bay in a notable career as a ship’s pilot.

A marine pilot, of course, is a sailor who is ferried out to a ship to take temporary command in order to guide it through rivers, bays, harbors or other dangerous or congested waters.

Bay pilots work this way.  When a large ship – e.g., a cruise ship, container ship, coal collier or other bulk carrier – approaches the Chesapeake Bay via the Atlantic in the South or the Delaware River in the North, a Bay pilot is transported to the ship to take the conn and guide it safely to its berth in Baltimore or another Bay destination.  Bay pilots also guide departing ships.

But Hope is more than a Bay pilot.  He’s also a harmonica player, maritime historian and a longtime volunteer curator of one of our nation’s major nautical treasures.  In fact, it’s hard to tell where his career ended and his “golden years” began just by looking at the range of interesting projects he has carried into his bonus years.

I discovered Hope while browsing the library of good friends where I spotted Hope’s thick, 475-page book entitled Bay Pilot: A History of the Association of Maryland Pilots.

Bay Pilot spans the period from 1644 to 2018, with chapters covering pilot biographies and stories peppered with 264 images of sailing vessels and powered boats, historic documents, people and maps of the Bay.

Hope was well-suited to write such a book, having graduated from the Merchant Marine Academy in Kings Point, New York in 1965. After serving five years as a deck officer in the US merchant marine running troops and supplies to Vietnam, he joined the Bay Pilots Association in 1970, attaining the status of Senior Pilot in 1974, retiring in 2013 after 43 years of service.

Over the years, Captain Hope piloted more than 3,500 ships on the Chesapeake Bay, served 13 years as a member of the Association’s Board of Supervisors, chaired the group’s apprentice training program and served on the state’s pilot examiners board.

Nearly 25 years before his retirement, however, Hope took an important volunteer job as chair of Project Liberty Ship – for the years 1989-2002.  The project restored and still maintains the Baltimore-built S.S. John W. Brown, named after a labor leader in the shipbuilding industry. Hope continued as the project’s volunteer vice president and is still fundraising chairman.

“The US built 2,710 Liberty Ships during WWII,” Hope said.  “These 441-foot vessels are largely unheralded heroes of our victories in WWII, transporting troops and supplies from US ports to Atlantic and Pacific war zones.”

Only two remain.  One is a floating museum in Baltimore.  The other is in San Francisco.

“Having the John W. Brown docked in Baltimore is a great privilege.  But it’s also a responsibility, expressed in our mission – to honor the legacy of US merchant marine and Navy veterans and to educate people of all ages about the vital role of the American merchant marine to our national security.”

“Our approach is to deliver a living history of an authentically restored and seaworthy Liberty Ship – including periodic cruises on the Bay that are open to the public.  That takes money and volunteers – lots of both.  That’s why I continue to serve as the volunteer fundraising chair.”

The pilot book and the John W. Brown project not only represent major volunteer activities as a writer and non-profit leader, but also an outbox for a third avocation: Meet Brian Hope, the artist.

“I began to draw pencil sketches of ships, airplanes and the like from an early age, but not seriously until my late 20s.  Then I switched to oil and acrylics. I’ve been hard at it since.”

Dozens of his life’s paintings cover the walls of his three-story, maritime-decorated, waterside townhome in the Moorings on the Magothy River where he lives with his wife, Patty – a retired schoolteacher, an avid sailor in her youth and still an avid reader who is also his editor – plus four cats.

In addition to magnificent sunsets, the couple enjoys wonderful maritime scenes – such as the day of my visit: a tugboat pushing two barges for hauling spoils up the Magothy.  Scenes like these are subjects of Hope’s brilliantly colored and detailed paintings.

Most of Hope’s paintings are of ships – warships, such as the battleship USS Maryland, known as “Fighting Mary”, bombed but repaired at Pearl Harbor; passenger vessels, such as the SS United States; tall ships with billowing sails; and pilot boats – both schooners and powered boats to deliver pilots to their ships.

For the past 49 years, Hope has painted a maritime scene for the Christmas cards he and Patty send to friends and family.  This year’s card, “Christmas in Chesapeake City”, portrays the pilot transfer facility where, from the 1930s, oceangoing ships transited the Chesapeake and Delaware Canal.

Each year, Hope also designs a coffee cup with a hand-painted pilot boat for the pilots’ association. His book, Bay Pilot, contains 45 color reproductions of his maritime art.

So, Hope’s post-career life is largely a refocused and recharged version of his career years.  He’s even able to refresh his piloting skills when, several times a year, he takes the conn of the John W. Brown.

Hope’s enthusiasm for fully applying his many leadership and artistic gifts even in later life reminded me of Albert Einstein’s comment on aging: “Life is like riding a bicycle. To keep your balance, you must keep moving.”

By that measure, Captain Hope is a firmly balanced man, and the history and culture of our nation and region have been greatly enriched by his life’s works – with many more to come from a buoyant man whose mother just turned age 103.5.