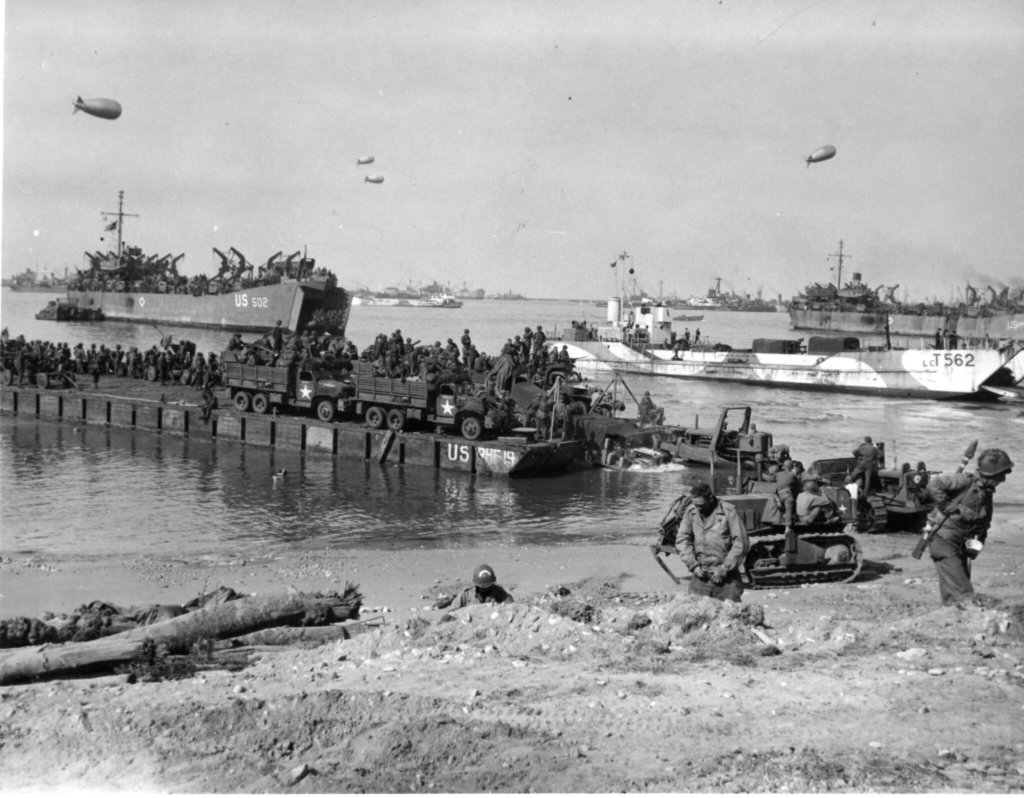 by Phil Burgess, Unabridged from the Life section of the Annapolis Capital, Sunday December 1, 2019

Anyone who has read Tom Brokaw’s The Greatest Generation knows that more than 16 million American men and women served in WWII.  Though nearly 15.5 million came home, fewer than 400,000 survive – and fewer than 6,000 WWII survivors live in Maryland.

Despite the odds, it was my privilege and honor to meet one of those men from WWII.  It happened this way.

Last week, I walked into Adams Rib restaurant in Eastport to meet a friend for dinner.  I was early, so I looked for an empty table to sit down and wait.  That’s when I noticed a man wearing a WW II cap with “The Greatest Generation” inscribed across the front.

When I introduced myself and thanked him for his service, I learned I was talking to Raymond (Buddy) Finkle. He was alone, so I invited him to join me at my table.

“Did you serve in the Atlantic or Pacific theater?” I asked.  “In the Pacific,” he replied (a man of few words).

“Do you know what a Seabee is?” he asked.

“Yes, of course,” I said. “It stands for ‘construction battalion.’  I know that because when I was a little kid in WWII, my grandparents gave me a ‘war book’ all about the Seabees in the Pacific.  It showed paintings of US Navy ships and aircraft softening up the island with big guns, the Marines landing and then the Seabees coming ashore to build things.”

“You got it,” Buddy said approvingly.  “We built airstrips and constructed docks to bring in supplies.  We created water supply systems and hospitals for the troops –and repair facilities for broken down equipment.  We even built a camp to hold the Japanese POWs while we were building field fortifications.”

Now he was talking. “We also blew things up.  For example, many of the islands were surrounded by reefs, so we had to blow deeper passages through the reefs so the supply ships could come closer to shore.  In fact, some of the first underwater demolition teams were Seabees.  These are the guys who were sometimes called ‘frogmen’ – doing jobs that Navy Seals do today.”

When I asked Buddy where he served as a Seabee, he rattled off New Caledonia, Saipan, Guadalcanal and the Russell Islands – i.e., many of the battle names you’ll find on the rim of the Navy-Marine Corps Memorial Stadium  – including Okinawa when his Seabees unit went in on “D Day” with the invasion forces.

When we met two days later and thumbed through the pages of a 75-year old history of the Seabees 20th Battalion that Buddy had with him, I asked him to describe his job with the Seabees.  He gave me another easy-to-understand, straight-forward answer: “If it had an engine, I drove it – trucks, front-loaders, bulldozers, cranes.  If it broke down, I fixed it.”

Buddy returned to the US in December of 1945 – landing at Port Hueneme, California and then by a slow train on to hometown Annapolis/Eastport.  His younger brother, Billy, didn’t make it.  He died in the Battle of the Bulge and is at rest with more than 5,000 others in the American cemetery in Luxembourg.

Now age 21, Buddy went to work fixing marine engines for Nate Gates marine services and later for Myers hardware store in Annapolis – where he devoted 10 years to selling hardware, coal, fuel oil and the like.

It was early in this period, in 1947, that he also married the late Betty Jane Lacy, also a lifelong Annapolitan, his wife of nearly 70 years and the mother of his two daughters, Nancy, who works at Honeywell, and Dottie, a schoolteacher.  “We had a wonderful, family-centered life together.”

That rich, family-centered life continues today with four brothers and four sisters, two daughters, four grandchildren and his first great-grandchild, born a month ago in Maybury, NC, the location, he reminded me, of the 1960s situation comedy starring Andy Griffith as the town’s kindly sheriff.

Then, from 1960 until he retired again in 1984, Buddy worked for the US Naval Academy as a mechanic repairing busses and other equipment used for USNA construction and maintenance.

At the same time, however, he moonlighted, establishing F&A Marine, where he joined a good friend to develop a thriving business installing and repairing marine engines.

“I made more money working on boats than I made at the Academy.  But I loved both jobs, So when I retired from my ‘day job’ at the Academy, I kept working my second job until 2015, when my wife passed.”

That’s also when, after 44 years in a Back Creek waterfront home, Buddy moved into Watergate Pointe apartments in Eastport which now serves as a basecamp for his still-active life, still centered on friends and family.

Days begin with an 8:00 am rendezvous with 4-5 men at the Ahh Coffee Café in the Eastport shopping center – except every other Thursday when he has breakfast with 10 or so family members at Eggcellence on Housley Road.

“My morning coffee is a special time with special friends.  They’re smart, witty and interesting. We have a good time together, every day.”

Buddy also attends several all-hands monthly dinners with 10 or more family members – one at Sammy’s Italian Pizza Kitchen in Eastport, another at the Main & Market on Forest Drive, and a monthly Saturday night dinner at Ft. Meade.

In addition, every other week, daughter Nancy drives to Annapolis from Columbia to check in on her father.  “I always enjoy her visits.  She takes care of my paperwork and helps me tidy up after which we go out to dinner.  She is very good to me.”

Buddy is also a reader. “I read everything by W.E.B. Griffin, who has written more than 150 novels. They’re mostly about soldiers, spies and cops and their swashbuckling lives.” Though Griffin died last February, Buddy thinks he completed one more that will soon be published.

When I asked, “What is your secret to a long and healthy life?” his response was to the point.

“No secrets,” he said.  “Not much exercise except for walking past the fitness center to get coffee every day.  I drive my 1968 Mercury everyplace else. I don’t follow sports. No time for it.”

He continued, “I used to be active in the Democrat Club on State Street, and for 17 years I chaired the entertainment committee and ran the annual bull roast, but no longer, so no stress. Politics today is crazy.  I don’t do movies.  No special diet. No computer. As for travel and excitement, I had enough of that with the Navy.”

After a pause, Buddy smiled and said, “I do family and friends – and Memorial Day parades. That menu keeps me busy, keeps me happy and makes me want to get up in the morning.”

If Aesop was right when he said, “Gratitude is the sign of a noble soul” Raymond (Buddy) Finkle is indeed a noble man.