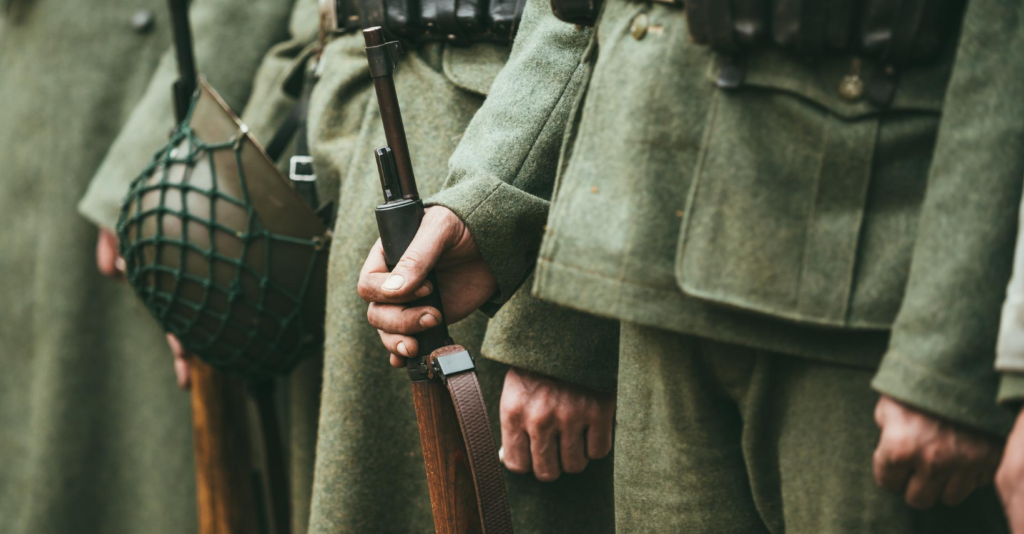 From WWII island hopping and the A-bomb to surgeon, civic leader, centenarian

by Phil Burgess, Unabridged from the Life section of the Annapolis Capital, Sunday August 9, 2020

Thursday marked the 75th anniversary of the first wartime use of an atomic weapon when, on August 6, 1945, the US bombed the Japanese port city of Hiroshima.

Today is also a 75th anniversary – when, on August 9, 1945, the US dropped a second atomic bomb on Nagasaki. This decision by President Truman came after Japan’s leaders continued to reject unconditional surrender, despite the catastrophe of Hiroshima, a devastation that claimed more than 150,000 lives – nearly half its population of 350,000 – and destroyed 60,000 of the city’s 90,000 buildings, factories and homes.

Controversy about the wisdom and morality of President Truman’s decision to use this new weapon existed then and continues today.  Yet, serious estimates of likely casualties from a land invasion of Japan ranged as high as 1.0 million, projections biographers say were decisive in Truman.

Two weeks ago, I was treated to a personal perspective on this issue when I was privileged to talk with an American directly affected by Truman’s decision to use the A-bomb to end the war in the Pacific.

My teacher was Robert Bair, a WWII veteran whom I met during a long weekend visit to Pennsylvania’s Bedford Springs resort.  Mary Sue and I were relaxing on the veranda when another family sat down nearby.  The family’s patriarch sported a navy-blue tee shirt with “Navy” across the front.  That caught my attention, so I introduced myself to his adult daughter, Nancy Bair, and asked her about her dad’s connection with the Navy.

“Sorry,” she said.  “My father was in the Army.  He served in the Pacific in WWII.  He’s not only part of the Greatest Generation, he turned 100 this past January. Our family takes a vacation with him every year.  We’re so proud of him.”

Sensing a good story for Bonus Years, I asked Bair – who teaches 11th grade literature in  Wellsboro (PA) High School – if I could interview her father.  “Of course,” she said. “My dad is a very interesting guy.  Still very active.  Sharp as a tack.  A former physician, a surgeon.  He loves to talk about old times, WWII, current events.  You name it.  Be careful about politics.  His vision is waning so he relies on television, primarily Fox News, to stay current.  He has some definite opinions on political issues.”

A few minutes later I was talking to Dr. Robert Charles Bair, asking all kinds of questions – about his life, the war, aging…even politics.  Bair is a delightful man and, as advertised, full of energy, handsome, well-informed about history and eager to talk about current events.

Bair was born in 1920 in Bucks County, Pennsylvania.  “I was raised during the Depression.  My father was unemployed from 1932 till the end of 1934.  My parents plus two brothers and a sister lived below the poverty line. It was survival of the fittest.”

“I worked any job I could get: The A&P grocery store on weekends and vacations.  A paper route.  Anything.  When I was 13, I got a job at the icehouse as a helper on an insulated truck to deliver ice to local customers.  It was hard work.  The ice came in 300-pound cakes; I had to cut them into a smaller 50-to-100-pound cake and then carry it into the customer’s home or business and place it in the icebox.  This was way before ordinary people had refrigerators.”

Bair didn’t have the money to go to college, but he graduated from high school with high marks and a standout record in sports. Soon after, while sitting at a soda fountain, a student from Franklin & Marshall College in Lancaster told him that F&M awarded scholarships.  Bair applied and received a $150 scholarship that covered his annual tuition and landed a job washing dishes that covered the rest of his expenses.

Halfway through his second year at F&M the Japanese attacked Pearl Harbor – on December 7, 1941.   WWII was on, and in June 1942, Bair was drafted by the Army, even though he had two years to go to complete his education.

After boot camp at Ft. George G. Meade and completing the Army’s Officer Candidate School, Bair shipped out to Hawaii where he joined the 27th infantry division as an artillery forward observer, an assignment that placed him in the first wave of those who hit the beaches.

Bair’s trial by fire included battles for the Gilbert Islands, the Marianas, Guam and, in the Spring of 1945 – after transferring to the 77th infantry division – the invasions of the islands of Kerama and le Shima in preparation for the April 1, 1945 invasion of Okinawa.

“After Okinawa, my unit and others were redeployed to training for ‘Operation Downfall’. That was the allied plan for the invasion of the Japanese homeland.”

“Ominous rumors spread that the top brass were expecting casualties as high as 80 percent.  That was a believable number after the bloodbath at Okinawa.  That battle claimed the lives of more than 12,000 Americans and 100,000 Japanese, including the commanding generals on both sides – plus another 100,000 civilians.”

“So, all of us training for the invasion of Japan were elated by Truman’s decision. The two A-bombs meant the end of the war and a ticket home.”

Once home, Bair finished his degree in biology at F&M, after which he entered Jefferson Medical College in Philadelphia. After earning his MD in 1950, he did residencies in general surgery at Johns Hopkins and the University of Maryland.

The year 1950 was important for another reason.  That’s when he married Grace, his sweetheart all through medical school and his wife for 45 years before her passing in 1995.

“Grace married me for my looks,” Bair joked.  “I married her for her money.  We both got cheated.”

Still, Grace and Robert raised five successful children – two boys and three girls.  Nancy, the teacher, is the youngest – and has lived with her dad for the past 25 years, taking care of each other.  The middle daughter, Sally, and her husband live in France.  The oldest, Susan, resides with her family outside Atlanta, Georgia.

The younger son is a surgeon lives in Easton, Maryland, and his brother is a dentist in Wellsboro.

In June 2019, daughter Sally, domiciled in France, hosted her father and the entire family for the annual D-Day Festival in Normandy, to celebrate the 75th anniversary of the allied landings on June 6, 1944.

An unexpected highlight of the celebration happened when Dr. Bair was invited, on the spot, to sit on the stage 10 feet from the rostrum, next to French President Emmanuel Macron and US President Donald Trump and Melania.  This seating resulted in Bair’s image showing in many news photographs of the event, requiring him to explain to friends how a guy from the war in the Pacific gets such a good seat at Normandy. The answer is a good story, too long for this space.

Bair, who retired in 1987, was always active in civic affairs and a strong supporter of high school sports, where he started the Wellsboro High School football team and served for many years as the team physician for all sports – including free annual physicals for all players.

Bair remains on the board of a non-profit that assists young women incarcerated for non-violent crimes and serves on the advisory committee of Tioga County Human Services Department.  After 40 years, he stepped down from the church choir, where he held forth as a tenor, but he continues to serve as an elder in the Presbyterian Church and still attends medical meetings where, he says, “I can sit and enjoy new knowledge without taking notes”.

When I asked him the secret to his long, healthy and productive life, Bair balked.  “I have no secrets.  Maybe it’s the roll of the dice, because I eat what I like – and that does NOT include chicken or fish.  I like eggs and bacon and roast beef and ham.  I often like butter and salt.”

Longevity may be in the dice, but Bair also loves music, goes to church, swims daily and walks to the pool, spends time with many good friends and avoids anger.  He is also blessed with a loving and supportive family and, he says, “I don’t hold grudges”.

Meeting Robert Bair and getting a first-hand feel for how one man reacted to a decision by a president to end a war that would have included him in one more bloody battle was an experience I will always remember.

Events end – both wars and interviews – but their memories can last forever.  My time with Robert Bair is already a memory that will last forever.