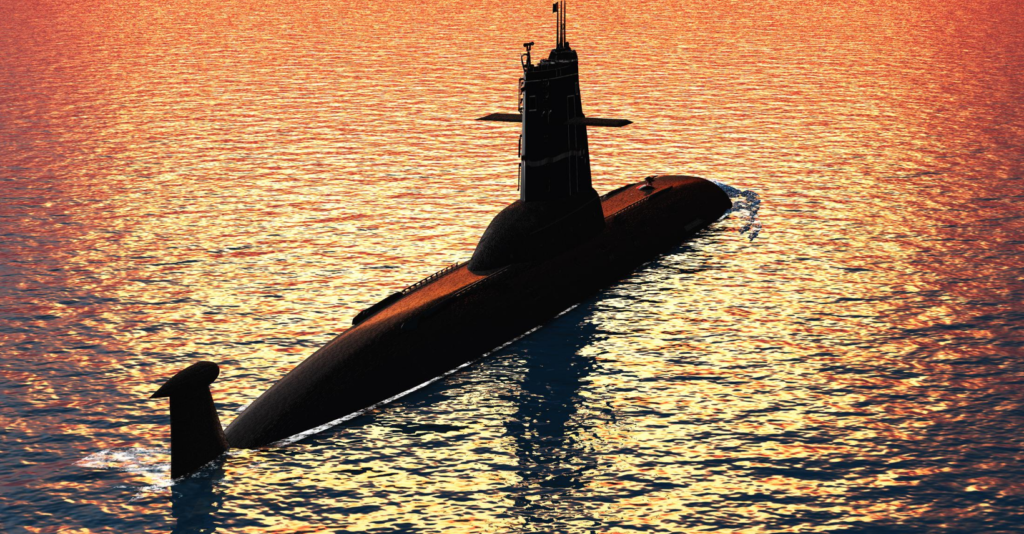 The Navy and Rotary are bookends of a life serving others

by Phil Burgess, Unabridged from the Life section of the Annapolis Capital, Sunday August 2, 2020

Like many others in their bonus years, my K-12 years were marked by the Cold War between the US and the former Soviet Union, which included a nuclear arms race and later the space race.

But the more I learned about nuclear weapons and the Cold War, the more amazed I became that through all those years – from 1949 to the collapse of the Soviet Union in 1991 – no one on our side or theirs pulled the nuclear trigger, even accidentally.

Last week, I talked with Annapolitan and retired Rear Admiral Jack Kersh, who served as a nuclear submariner and a manager of land-based nuclear assets – i.e., one who played a part in the scenario that “kept the (nuclear) peace” throughout that extremely dangerous half century.

Indeed, an hour with Kersh, helps you understand that it was no accident that we didn’t have an accidental nuclear war during all those years of the US-USSR nuclear stand-off.

Kersh was born in Birmingham, AL, in 1935.  Though his father was an electrical engineer and a Westinghouse executive, Kersh was an English major, graduating from Penn State University in 1957.  A few months later, he married Joyce, his wife of 58 happy years until her passing in 2016.

During their time together, the Kersh family – including two boys and a girl and, now, five grandchildren – lived in 28 different communities in 10 states before moving to Annapolis in 1993.

Following graduation from Officer Candidate School in early 1958, and completing submarine school in 1959, Kersh served on the USS Amberjack before moving to Key West, FL where, in 1962, he participated in operations supporting the Cuban missile crisis as a Squadron Twelve communications and electronics material officer.

Along the way, as a member of the Atlantic Fleet Nuclear Propulsion Examining Board, Kersh conducted more than 80 examinations of nuclear reactor safety on nuclear submarines and surface ships.

Soon after, he served as chief of staff and deputy to the Commander of the Submarine Force of the US Atlantic Fleet before moving to Albuquerque, NM, in 1984, where he commanded the element of the Defense Nuclear Agency that provided oversight of four underground nuclear tests in Nevada, the Johnson Atoll test site in the Pacific and the first successful international nuclear weapons accident exercise.

It was at this point in our conversation that Kersh said, “Here’s part of the answer to your question about how we avoided an accidental nuclear war during these 50 years: High standards. Constant practice. Disciplined execution. No Mistakes.”

“Admiral Hyman Rickover, the Navy’s nuclear program director, would not accept that 99% was good enough.  We also had effective doctrine that deterred both sides from what would otherwise be mutual assured destruction. And we had what some called “fail-safe” procedures, such a two-person control.”

“If you saw the movie ‘Crimson Tide’, you saw firsthand, for example, the requirement that two officers had to sign off on an order to launch a nuclear weapon.  When (because of a garbled communication at sea) Denzel Washington, the executive officer, refused to give his ‘consent to launch’ to Gene Hackman, the sub’s captain, there was no launch.”

“Then, when Hackman attempted to launch anyway, he was stopped by a crew that enforced the ‘two-person consent’ rule despite their admiration and affection for their captain and their personal dislike of the executive officer.”

Kersh’s Navy life also included director of Strategic and Nuclear Warfare for the Navy and deputy director of Nuclear Command and Control Support Staff to the Secretary of Defense – all with responsibilities that created and maintained systems and processes that helped the world survive and America prevail in a Cold War that consumed arguably the most dangerous half century in human history.

Kersh retired in 1989, at age 54, after 32 years in the Navy. But that was just a waypoint in a non-stop life of engagement.

“I wanted to keep going,” he said.  “I had good health, lots of energy and more to offer.”

Talk about understatement.  Kersh’s post-Navy life still includes a lot of Navy.  He has served on the Navy Secretary’s advisory group on Naval History, the advisory committee of the Naval Submarine League and is an emeritus trustee of the US Naval Academy Foundation.

Kersh’s “retirement” has also included a second career – now more than 20 years – in business, where, until late 2018, he served as a senior executive in commercial enterprises in the environmental management space.

In addition, Kersh continues to be active in civic affairs, and especially the Annapolis Rotary Club, where he is a six-year director, a longtime member, and still very active.

Kersh directs Rotary’s programs for youth and vocational services – an active group that sponsors an annual speech contest for high school students, screens nominations for four $1,500 scholarships to area students going to college, provides dictionaries to Third Grade students in area schools, sponsors Rotary clubs for young people, called Interact and Rotaract, and serves with all other Rotarians to produce the annual Crab Feast, scheduled for next Friday, August 7.

Owing to the coronavirus, this year’s feast – called “Crabs on the Go!” – features online orders at www.annapolisrotary.org/crabfeast and a drive-thru pick up at the Navy-Marine stadium.

Rotary is special to Kersh for another reason.  It’s where he met Maria Baker, former owner of Pewter Chalice on Main Street.  The two were married in July 2018.

As for his new life, Kersh said, “Having Maria’s company is so much fun.  We are having a good time, and we’re happy.  I’m now 85 and a half.  You talk about fractions after 80 because you live a day at a time. Our goal now is to enjoy each day – and an important part of our life is working with Rotary to serve all the people in the Annapolis community.”

Talking with Kersh reminded me of a commencement speech by humanitarian philosopher and physician, Albert Schweitzer, when he said, “I don’t know what your destiny will be, but one thing I do know: the only ones among you who will be really happy are those who have sought and found how to serve others.”