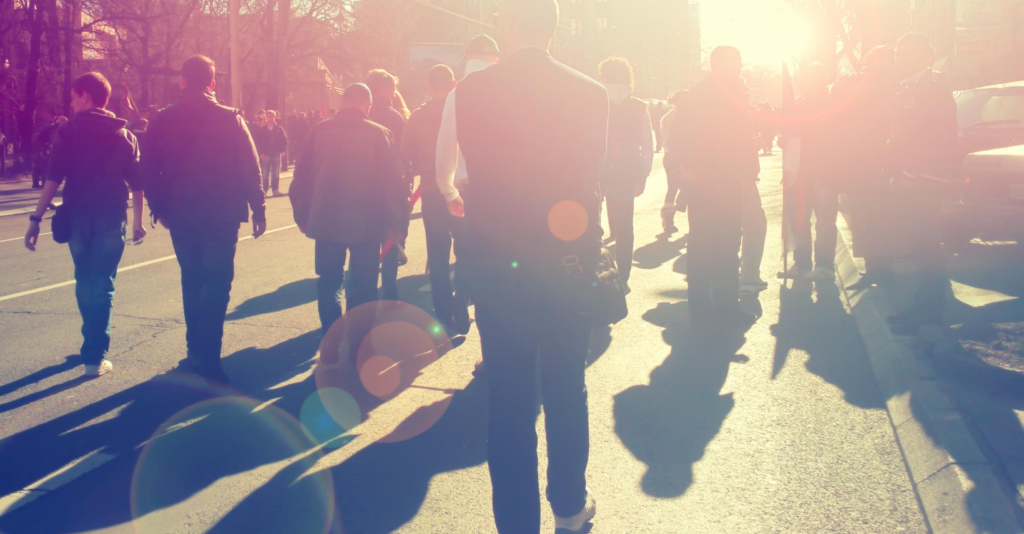 by Phil Burgess, Unabridged from the Life section of the Annapolis Capital, Sunday August 16, 2020

Some years ago, I remember a Today Show interview with an age 60+ grandmother who loved to ride her Harley.

She and her husband had planned a motorcycle trip around America, but he passed unexpectedly, so she did it herself.  Thousands of miles. Mostly on state and county roads.

When asked, “What about your trip is most memorable?” she said something like, “I know I should say our nation’s overwhelming beauty or different cultures.  But, truth to tell, what I remember most are the smells of America.”

Then she went on to describe the smell of salty air up America’s east coast highways – and mountain pine through the Rockies plus honeysuckle, mesquite and citrus in the rural south.  The smell of hot exhaust and fast-food grease in big cities, turning to the smell of freshly cut grass and barbecue traveling through suburbs.

I identify with that experience because I, too, am a biker.  Well, sort of.  Mine is not a Harley.  Mine is a Vespa 150, the classic little Italian motor scooter made famous by the 1953 film “Roman Holiday” and a co-star in dozens since.  It’s quick from 0-40 mph, and with patience will get up to 60 mph.

I bought my “bike” in Los Angeles back in 2003 when, after my first failed retirement, I was teaching at UCLA where my status as a visiting professor was insufficient to land a space in the faculty parking garage only steps from my office in the Luskin School of Public Policy.

However, I discovered the rules governing the automobile-free campus also permitted two-wheeled vehicles, including those with power.  Hence, my decision to become a Vespa owner, and I still have it.

Last week, as I was driving my Vespa down Forest Drive, I had an experience like the grandmother on the Harley, one you can only have when you are outside in the open air and can see, hear, smell and engage in ways that are impossible in a vehicle with AC and tinted glass.

Driving along, I was trailing one of those fancy pick-up trucks – the kind with four doors, big wheels and lots of chrome.  Pasted across the rear window was a pro-police bumper sticker: “Blue Lives Matter”.

As we approached the corner of Forest Ave. and Edgewood Rd. by the Bay Forest Shopping Center, the light turned red, so I pulled up beside the truck to wait.

That’s when I noticed an elderly protestor on the corner with his home-made sign that said, “Stop Killing Black People” and on the flip side, “George Floyd: 1 of Many.”

About that time, the driver of the Blue Lives Matter truck lowered his window.  I thought, “Here we go.”

But – surprise of the week – we didn’t go anywhere.  Instead of taking on the Black Lives Matter protestor, the driver looked down at me, sitting alone on my diminutive Vespa, and said – with a big smile on his face and a glance at the protestor – “Isn’t this a great country?”

About that time, the light changed and we drove off.  But I was gobsmacked by the calm, cool and collected, live-and-let-live attitude of the Blue Lives Matter driver.  It’s not often these days that people with strong views don’t find a way to demonize those who think differently.

I’ve also seen the protestor several times – an older, Caucasian man – a frequent inhabitant of that busy intersection.  I once saw him heckled by a passer-by.  He, too, ignored the taunting and went about his business, carrying his sign, which often elicits a thumbs up and/or encouraging “honks” from passing drivers.

What I witnessed on that corner with two men in their bonus years, two men I don’t know personally, is the way things should be.  “Isn’t this a great country!”

I understand that politicians often go off the deep end.  That’s the nature of the beast, and it’s not new.

Remember when Founding Father and Thomas Jefferson’s Vice President Aaron Burr challenged Alexander Hamilton, also a Founding Father and architect of our nation’s financial system, to a duel – where Burr shot and killed Hamilton for Hamilton’s alleged defamation of Burr.

Though our politicians defame each other daily, they don’t shoot each other as they did in the first years of our Republic.  That’s a good thing.

However, the bad thing is that our national news media, especially electronic media, have become players in the political game, not the reporters, referees, and educators they were meant to be (and once were, for the most part) – a role that justifies the privileges and protections they enjoy in the First Amendment to our Constitution.

So today, journalists and media personalities are not just reporters of incivility in our politics; they are also a source of vitriol and incivility.

Think of Sean Hannity on Fox News or Don Lemon on CNN or Rachel Maddow on MSNBC.  And there are more – and many are partisans.  As a result, we are all losers, and our democracy is weakened.

Indeed, the threat to our democracy from Russia or China pales by comparison to the actual damage we are inflicting on ourselves.

Still, there were encouraging events last week. One came on Wednesday with the release of the “Philadelphia Statement”, an inter-generational plea to restore civil discourse in American culture.

The statement begins: “Social Media mobs. Cancel culture. Campus speech policing. These are all part of life in today’s America. Freedom of expression is in crisis. Truly open discourse…is increasingly rare. Ideologues demonize opponents to block debates on important issues and to silence people with whom they disagree.

“We must ask ourselves: Is this the country we want? Surely not. We want …a public culture in which freedom and civility coexist—where people of many different faiths, philosophies, and persuasions can speak their minds and honor their deepest convictions without fear of punishment and retaliation, where people can disagree robustly, even fiercely, yet treat each other as human beings—and, indeed, as fellow citizens—not mortal enemies.”

These sentiments were expressed in action, also last week, by a leader among America’s younger generation – Justin Fields, quarterback of The Ohio State University Buckeyes.  When he learned of the decision by the Big Ten to cancel the football season, a decision that could have a seriously damaging impact on his future, he tweeted three letters: SMH.

That’s not bonus years lingo, so I looked it up:  “Shaking my head.”  That, too, says it all – without vitriol or incivility.  Though much is at stake for Fields, he sent a clear message that leaves open the door for more discussion.  That’s the way things should work.