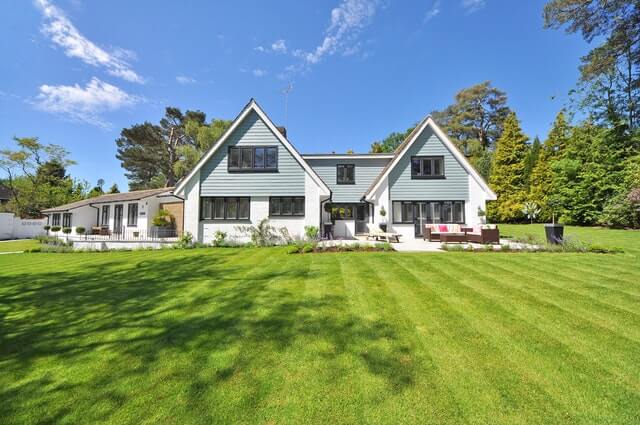 by Phil Burgess, Unabridged from the Life section of the Annapolis Capital, Sunday November 26, 2017

Having just returned from my second visit to Israel, I came home to a stack of books and articles I had accumulated over the past two months in preparation for the trip.

The stack included a lot of history — such as Bernard Lewis’ “The Middle East: A Brief History of the Last 2000 Years” and his “What Went Wrong?: The Clash Between Islam and Modernity in the Middle East.”

It also included books and articles on technology and theology, such as “Jewish Theology In Our Time,” an impressive anthology edited by Rabbi Elliot J. Cosgrove that brings together a cross section of interesting new voices from all movements in Judaism.

As I was cleaning things up, I came across an article about a Jewish concept of social responsibility. The concept, expressed in Hebrew as tikkun olam, literally means “to repair (or heal) the world.”

More broadly, tikkun olam means “to behave and act constructively and beneficially” in your social engagements.

In modern times, tikkun olam is “the idea that individuals bear responsibility not only for their own moral, spiritual and material welfare, but also for the welfare of society at large” — i.e., for social engagement to include good citizenship, philanthropy and community service.

This pointed calling to good citizenship, philanthropy and community service reminded me of Annapolitan Arthur Savage, whom I met several years ago following my first trip to Israel.

Savage was born in Baltimore in 1939. His life during his bonus years gives a human face to the idea of tikkun olam.

Savage received his undergraduate degree in business administration from the University of Maryland and his Master of Business Administration in marketing from American University.

After his military service in the Army, Savage launched a successful career in marketing, working as a senior executive, marketing and selling a variety of products — from bandages in the health care space to electric motors in the electronics space.

He “retired” early from corporate jobs to spend 16 more years as a late-blooming entrepreneur, as the founder and CEO of a business communications group headquartered in Avon, Connecticut.

During these years, Savage also served as an adjunct professor teaching marketing at the University of Hartford in Connecticut and later at community colleges in New Jersey and Maryland.

However, his life as a businessman ended in 1997, when Dorothy, his wife of nearly 40 years, was diagnosed with cancer.

“When that happened,” he said, “I became her ‘medical manager.’ I sold my business and our home in Avon, Connecticut — and gave away the cat. Having raised our two children, we decided to move to Heritage Harbor in Annapolis.”

Savage added, “As former Baltimoreans, it was like ‘going home.’ But everything changed again when Dorothy passed away in 2000, three years after our move. My job as ‘medical manager’ was now over, but what to do next? I had no idea.”

He soon reignited his interest in sailing, playing tennis and biking. He joined a live theater group, the Heritage Harbor Players. He began taking classes in painting and then sculpturing at Anne Arundel Community College.

Then Savage began to think: “Now may be my time to ‘give back’ — to reach out to those whom I could help. I had lots of business and people-management experience, but I had not spent a lot of time using my experience and skills to lend a hand to those who could use one.”

After thinking about how and where could he make a contribution, Savage said, “I was thinking just maybe there is a ‘volunteering’ career path ahead.”

He began by joining the local SCORE organization — formally known as the Service Corps of Retired Executives, sponsored by the U.S. Small Business Administration.

According to Savage, “SCORE gave me the opportunity to use my business experience by advising new business owners on strategy, management and marketing issues. I found this work to be rewarding to me as I hope it was for my SCORE clients.”

“Along the way,” he said, “my love of sailing on the bay led to meeting another sailor, Kathy White, who would soon become my wife.” Together, they have four adult children and eight grandchildren.

“Sailing also led me to volunteer for the education programs at the Annapolis Maritime Museum. In this job, I’ve joined with others to bring the story of the benefits of a cleaner Bay to elementary school children in the Annapolis area.”

Savage continued, “After many trips to Anne Arundel Medical Center during Dorothy’s last three years, I could see other opportunities to serve.”

That was the beginning of eight years of volunteer work in the hospital’s emergency room — running errands as a “gofer,” helping replenish supplies and serving any and all needs of an always-ready emergency room crew.

“Before long,” he said, “I was known as the ‘pillow patrol and blanket-warmer guy,’ as I helped busy and caring nurses to reach out to patients and their family caregivers, to make them a little more comfortable.”

Savage added, “The hospital experience was a major eye-opener. It taught me that our responsibility to help heal the world often begins in our own backyard.”

As he reflected on his experience, I thought of NPR radio host Krista Tippett, who wrote in “Becoming Wise,” “We are all healers of the world … It’s not about healing the world by making a huge difference. It’s about healing the world that touches you, that’s around you. The world to which you have proximity … we all feel that we’re not enough to make a difference, that we need to be … wealthier or more educated (yet) we are exactly what’s needed.”

Fifteen years ago, Savage began what he describes as his “most humbling and gratifying experience in community service.”

Savage tells it this way: “I met a guy at an Annapolis sailboat show, a wheelchair-bound paraplegic individual. He was also a noted sailor, the late Don Backe. Backe said, ‘You will make a terrific sailboat skipper for CRAB,’ ” referring to the Chesapeake Region Accessible Boating organization Backe founded more than 25 years ago.

“Until I met Don, I didn’t know about CRAB. But I quickly learned that CRAB is an outstanding organization. It provides opportunities for the physically and developmentally disabled to learn how to sail — and for all to experience the joy and challenge of sailing and the pleasures of a day on the bay.”

Savage added, “CRAB also reaches out to our nation’s wounded warriors who can make learning to sail on the world’s largest and most scenic estuary a part of their recovery process.”

For more than 15 years, Savage has served as a skipper on one of CRAB’s Beneteau 22 sailing vessels, sailing out of Sandy Point State Park. He also served several years on CRAB’s board of directors, providing another opportunity to use his business background to help “repair the world.”

CRAB also offered Savage what he called “the experience of a lifetime.”

It happened during the outing of a teenage group from the Maryland School for the Blind, who were CRAB guests one day in July.

Savaged explained, “A totally blind and smiling teenager from the group boarded my boat. He could hardly wait to cast off. The day was perfect for sailing, a soft July breeze, clear skies and calm water. Once we were underway, I suggested he take the tiller. He went right for it.”

Savage continued, “With my hand on top of his, we shifted places. I then asked him to tell me on which side of his face the wind was blowing. Left or right. We weren’t into the ‘port’ or ‘starboard’ lingo yet. He then learned to move the tiller to change course, according to the wind’s direction. Then I took my hand off the tiller. He was smiling from ear to ear. He also kept us on course all afternoon.

Savage concluded, “This experience was tremendously gratifying. Once again, I experienced first-hand what volunteering is all about. It also helped me answer the ‘what’s next?’ in my life. All in all, the last 20 years have given me the chance to give back, and it’s far from over.”