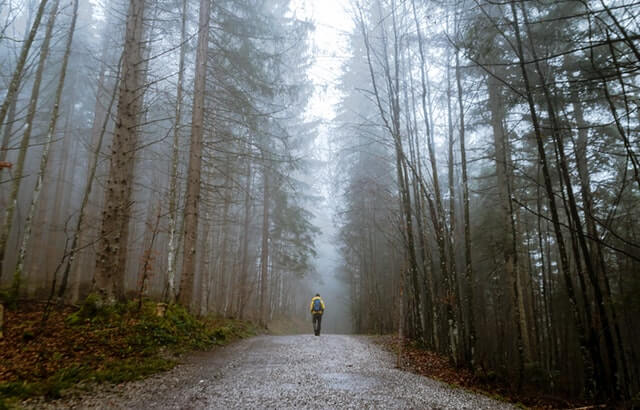 ‘Three Guys’ come up with great ideas for successful aging

December 3, 2017/Phil Burgess/Comments Off on ‘Three Guys’ come up with great ideas for successful aging

by Phil Burgess, Unabridged from the Life section of the Annapolis Capital, Sunday December 3, 2017

Most everyone has heard of Five Guys, the American fast-food chain focused on hamburgers, hot dogs and french fries. Many know Two Men and a Truck, a nationwide franchise that provides local and interstate moving and storage services.

But few know about Three Guys with Ideas. That’s why we are writing about them today.

Ferrara is a U.S. Naval Academy graduate, Class of 1965, and a former Navy lieutenant whose career included service in the Vietnam war where he was commanding officer of a gunboat division in the Mekong Delta. Ferrara left active service in 1972 to join the Mobil Oil Corp. where he held senior positions in facilities management.

Dave Kane is a graduate of St. Ambrose University in Davenport, Iowa and a retired Navy captain. After leaving the Navy in 1987, Kane worked on engineering projects for NASA and the U.S. Navy.

Warren Cook graduated from Colorado State University in Ft. Collins and spent his first career in the U.S. Air Force, retiring as a lieutenant colonel in1982. Cook then worked providing engineering support to aerospace companies.

Their idea: That camaraderie — what we often refer to in this space as “social engagement” and what others might call companionship or friendships or just plain relationships — is the best approach to successful aging.

That’s not to say that physical and mental health are not important to flourishing in later life. Or that avoiding bad stuff — such as disease, accidents or disability — is not also important.

In fact, all three are important, but the Three Guys believe that physical and mental health and avoiding the bad stuff can all be served by encouraging camaraderie.

Reflecting their backgrounds in the military and in industry, each of the Three Guys is skilled and experienced in planning, organizing, coordinating and execution. So it’s not surprising that when people like these have ideas, it’s not long before their ideas become reality. Like Nike, they just do it!

One of their ideas, the Piedmont Trekkers, happened this way:

Back in 2005, Ferrara, Kane and Cook hiked the 40-mile section of the 2,190-mile Appalachian Trail, the world’s longest hiking-only footpath, beginning in Georgia and ending in Maine.

At the end of that hike, they were sitting in a Harper’s Ferry pub taking a sandwich and beer before heading back to Annapolis. That’s when Ferrara opined, “This is really interesting and educational. It’s also fun. We should keep it going.”

According to Ferrara, “The day after we returned home, we reached out to friends and friends of friends and eventually found 15 guys who were ready to start hiking on a regular basis — once or twice a month. It worked.”

Cook, an original Trekker, summed it up best, saying, “I do this because I want to go hiking, but I don’t want to go hiking alone.” Thus was born the Piedmont Trekkers — and today they aim for 30 hikes a year.

Though the early Trekkers were mostly men, today 50 percent are women.

And many are couples — such as Russ and Maureen Smith, Gary and Janelle Kelley, Bob and Kathy Arias, and Phil and Linda Ferrara — all from Anne Arundel County. Trekkers have no age requirements, though nearly all are 60 years old or older, with many in their 70s and 80s. The youngest, Arnold’s Paul Hodapp, is 32; the oldest, also from Arnold, is 85-year-old Bill Daly. Cynthia Chess, the “kayaking lady” we wrote about a few weeks ago, now in her early 80s, is also a regular Trekker.

Here’s how the Piedmont Trekkers operate:

There are about 120 names on the group’s email list, most from Anne Arundel and surrounding counties and a few from northern Virginia. According to Ferrara, “About 40 participate often. About 40 go a few times a year, and another 40 participate infrequently.”

Ferrara selects the hiking destinations from a list of sites that has grown to more than 120 preferred locations in Maryland and Virginia.

A typical hike is 5 to 7 miles, and takes about four hours. All are one-day hikes. Measured by difficulty, hikes may include flatlands, rolling hills or occasionally mountains. All vary from easy to strenuous with several levels in between.

The daily rhythm: Hike the Appalachian Trail (and other park trails) for the day; return to the lodge at night; hike the trails the next day, lodge at night — and so on.

The Trekkers had breakfast and dinner together in the Skyland lodge and lunch on the trail, a lunch prepared by the lodge.

According to Ferrara, “The farthest West we’ve gone is the Harper’s Ferry area and trail crossings on the Appalachian Trail. Farthest north has been the Pretty Boy Dam trail in the Gunpowder Falls State Park. Farthest south has been Calvert Cliffs State Park, and farthest East has been Tuckahoe State Park.”

Ferrara added, “We sometimes go to Virginia where three parks close to the I-495 Beltway have great trails along the Virginia side of the Potomac just above the American Legion Bridge.”

“Our aim,” he said, “is to minimize the distance from the departure point to the trailhead. Most hike sites are in the range of 30 to 60 minutes away — to a maximum of about 90 minutes by auto.”

Trekkers assemble at a local departure point — the Baltimore & Annapolis Trail parking lot, located on Route 450 at the entrance to the Manresa retirement community.

The typical hike departs the assembly location in the 8 to 9 a.m. range. They return in the 4 to 5 p.m. range — all to avoid rush hours in both directions.

Hikers volunteer to drive. According to Ferrara, “We use a calculation whereby each of the ‘passengers’ shares the total cost of tolls and fuel, exempting the driver. The money is then given to the drivers. Typically, the per passenger cost runs between $3 and $9, depending on distance and tolls to the hike site. There are no other participating costs for a hike.

The initial hike announcement is emailed to all Trekkers seven to nine days in advance. The date and location of the hike is picked by assessing the long-range weather forecast on the weather website.

“Everything depends on the weather,” Ferrara said. “Though we hike in all four seasons, we do not hike in all conditions. For example, rain is too uncomfortable — and snow is too dangerous. When those conditions develop, we stay home. That’s also why we’re always watching the weather.”

Ferrara added, “If forecasts hold after the initial announcement, a reminder goes out about four days in advance, then a final reminder, usually 36 hours in advance. If it’s raining or threatening rain (or snow) on the day we’ve planned a hike, it’s called off by an 0700 (7 a.m.) email to all members and the hike is rescheduled as weather permits.”

Though hikes are scheduled without regard for the temperature, Ferrara noted that, “Hot weather or extreme cold weather tends to reduce the number who participate in the hike. We schedule hikes regardless of hot or cold, but avoid all days that rain or snow.”

Ferrara pointed out that hike groups vary in size — from a low average of seven to a high average around 20.

“In good weather,” he said, “we will have 7 to 14 people on a hike. When the weather is too hot, too humid or too cold, we may have as few as five hikers. But that’s OK. We invite and offer different strokes for different folks.”

Most hikes are held during the week, from Monday through Friday. Occasionally a Saturday hike is planned. Ferrara said, “We manage to get in 28 to 30 hikes per year despite having to accommodate the weather. In fact, this year, the weather has been most cooperative — knock on wood — as every hike has departed on the date planned.”

The Three Guys didn’t begin with the Piedmont Trekkers. A few years earlier, in 2002, they started the 4Bs Book Club which stands for Boys, Beer and Books by the Bag. They have preserved their reading lists over the years and they’re impressive. The books, now well over 100, are divided more or less evenly among biographies, history, current events and novels.

Some Piedmont Trekkers are also part of Club 19— a golfing group that plays at local courses where the green fees are more reasonable. Ferrara puts it this way: “Why pay $100 or more for green fees to shoot a lot of triple bogeys and enjoy a few brews and good camaraderie?”

It’s amazing to consider how the Three Guys have done so much to promote camaraderie and active lifestyles among so many who live among us. It brings to mind the old saw, “Do not regret growing older. It is a privilege denied to many.”

Piedmont Trekkers, the 4Bs and Club 19 are clearly a “no regrets” crowd. We can all learn from their initiative and their understanding of the importance of camaraderie, especially as we live through the bonus years.