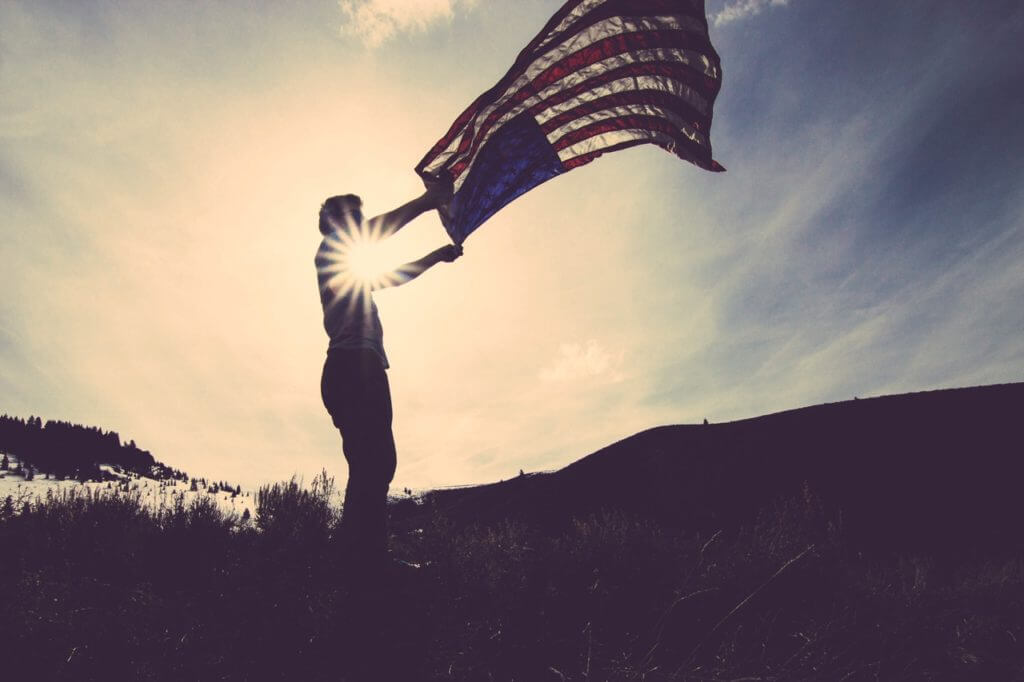 December 10, 2017/Phil Burgess/Comments Off on America’s 1968 Marine of the Year still fights for his brothers

by Phil Burgess, Unabridged from the Life section of the Annapolis Capital, Sunday December 10, 2017

It is important these days to draw a distinction between “celebrities” and “heroes.”

Celebrities are people who are known for being known. They are products of the mass media and pop culture. Think Kim Kardashian or most People magazine cover stories. Celebrity is about “me” — just as post-modern man is “me-centered.”

Heroes, by contrast, are people known for their deeds. In public service, think of George Washington, Abraham Lincoln and other U.S. presidents. In science and technology, think of inventors and innovators such as Thomas Edison, Steve Jobs and Elon Musk. In our civic culture, think of evangelist Billy Graham, business leader Jack Welch and film-maker Steven Spielberg.

But not all heroes are well-known. Fame may be a consequence of heroism, but many heroes fly under the radar. Indeed, many heroes are “ordinary people who do extraordinary things.”

Think of the single mom, abandoned by the father of her kids, who struggles successfully to find a job, advance her education at night school and raise her kids to complete their education, grow spiritually and acquire a good work ethic.

Think of the firefighter who courageously enters a burning home to rescue a grandmother.

Think of the unknown Jamaican bobsled team that entered the 1988 Olympics — improbable competitors whose great courage, discipline and determination were dramatized in the 1993 film “Cool Runnings.”

During a recent Naval Bagel lunch, I met a true hero — an ordinary man with an inspiring life story and extraordinary achievements. His name is Jim Merna.

I noticed Merna because he had a baseball-type cap that said “Korea” over an eagle, globe and anchor emblem — the unmistakable insignia of the U.S. Marine Corps.

When I finished lunch, I walked by his table and said, “Thank you for your service.”

Merna nodded and said, with a warm smile, “Thank you, sir.”

I read his warmth as an invitation to talk, so I said, “You don’t look old enough to have served in Korea.”

That’s when my new 85-year-old friend — who looks 65 and has the energy and enthusiasm of a man 45 — told me an inspiring family story of growing up as one of seven children in two orphanages four miles apart, one for grammar school and one for high school.

It happened like this. Merna and his siblings — five brothers and a sister — were born in New York City’s Bronx. Times were tough. As the Great Depression deepened, his father lost his job. Then his mother abandoned the family to run off with another man.

“My father was stuck with seven kids, no job, poor health and a seventh-grade education. So, we were shipped off to the Catholic orphanages in Rockland County, New York’s southernmost county on the west side of the Hudson River.”

Merna continued, “We received a good education, and before days of bussing, we walked four miles to school and four miles back. The nuns made bologna sandwiches for us four days a week and cheese sandwiches on Friday.”

Merna’s oldest brother, George, joined the Navy at age 17 in September 1943 and was killed two years later in the Battle of Leyte Gulf in the South Pacific, the last and largest naval battle in World War II, when he went down with his ship.

Merna said, “His ship was sunk by a Japanese submarine — but not before destroying two enemy aircraft in a Kamikaze attack.”

Three of Merna’s remaining four brothers also served in the military — two in the Marines and one in the Navy. Nearly 50 kids from his orphanages died in WWII.

In June 1950, just weeks after Merna graduated from high school, North Korea invaded South Korea. “That’s when I decided to follow my older brother, Jerry, by joining the Marine Corps.”

Merna said, “The transition from orphan to military life was a piece of cake. After all, I was an institution guy. I can remember guys in boot camp at Parris Island (in South Carolina) crying, wanting to go home. Not me. The Dominican nuns at the orphanage taught me how to follow orders, how to march and how to take care of myself — as did my high school coach, Jim Faulk, a Marine captain who fought at Guadalcanal in WWII. I named my first son James Faulk Merna, after my coach.”

In 1953, after three years in the Marines, including one year of active combat duty, Merna was honorably discharged and went on to the University of Maryland where he graduated in 1957 with a degree in business administration.

It was during this time that Merna met Suzanne, a registered nurse. During their marriage they had four sons and eight grandchildren: The oldest is a Class of 1987 Naval Academy graduate. Two are Florida State University graduates and another is a West Virginia University graduate.

They also had a daughter, Catherine Anne, who was president of her sophomore class at Elizabeth Seton High School in Bladensburg, when they lost her to leukemia at age 15.

With his military service and his university education behind him, Merna began a 30-year career in the civilian federal service. Working as a public affairs officer, he served in the Naval Supply Systems Command, the U.S. Patent Office, the White House Cost-of-Living Council and the U.S. Department of Energy, completing his government career at the Federal Energy Regulatory Commission where he was director of media services.

He also had a bonus years job in the private sector as public affairs director of a Washington-based oil and gas trade association.

Merna said, “My older brother, Jerry, stayed in the Marines, spending 22 years on active duty in every enlisted rank from private to master gunnery sergeant. He was later commissioned as a second lieutenant while in Vietnam. He then served 18 years with the U.S. Postal Service where he advanced to the position of executive assistant to the postmaster general.”

Merna added, “Jerry and I rose to senior levels of government service — both in the senior executive service — two orphans who came to Washington, started at the bottom and made a difference along the way.”

“Made a difference” is an understatement. Since leaving the Marine Corps in 1953 and continuing today, Merna has devoted his bonus years life to volunteer activities, primarily in veterans’ affairs.

One of his most important initiatives as a volunteer was giving birth, more than 50 years ago, to Operation Appreciation, an experience-based, morale-boosting program for recuperating Vietnam combat veterans at the National Naval Medical Center , now known as the Walter Reed National Military Medical Center. It included taking vets to major sporting events in Washington and Baltimore and social and cultural events such as the theater, concerts, firehouse parties and receptions on Capitol Hill.

Merna said, “It always disturbed me that there were no public welcome-home ceremonies for Vietnam vets. Instead of a ‘thank you,’ too many of them were mocked, despite their sacrifices, and belittled for answering their government’s call to service. Well, I decided that had to change. That’s when I joined with other Marines in the Marine Corps League in 1966 to start Operation Appreciation.”

Post — who Merna called the “godmother” of the program — would also host wounded vets on the terraces of her Hillwood estate, now a decorative arts museum and gardens in Northwest Washington adjacent to Rock Creek Park’s southern border.

In many ways Operation Appreciation was the forerunner of today’s Wounded Warrior and Honor Flight projects, which bring WWII and now Korea, Vietnam and other veterans to Washington, D.C., to see the monuments and memorials and visit national leaders in Congress, the executive branch, and the private and nonprofit sectors.

Merna remains active in veterans’ affairs — including several years as an adviser to Congressman Andy Harris, R-Md., on appointments to the U.S. military academies. “I love the Marine Corps and the military,” Merna said. “It’s who I am.”

In 2006 — after living most of his adult life in Prince George’s County — Merna moved to Annapolis.

“I moved here,” he said, “because of the U.S. Naval Academy. I am an associate lifetime member of the Naval Academy Alumni Association. I’m honored with that affiliation. My oldest son, Jim, graduated from the academy, and the academy sends close to 300 graduates a year to the Marine Corps. My second oldest son, John, served 26 years in the Marines, retiring as full colonel after his last assignment as a commander of an air/ground Marine Expeditionary Unit of 2,200 Marines at sea.”

He said, “I also like the idea of living in a college town, surrounded by interesting young people and many stimulating events and activities that residents can attend. But I still get my haircut in Lanham. Been going there for 55 years.”

As Merna lost himself in thought, he reiterated, “I love the Marine Corps and the U.S. Naval Academy. I promote them every day of my life. It’s easy because I cherish being a Marine, which means you never have to worry about what you might have been; when you wear the Marine uniform, you already know.”