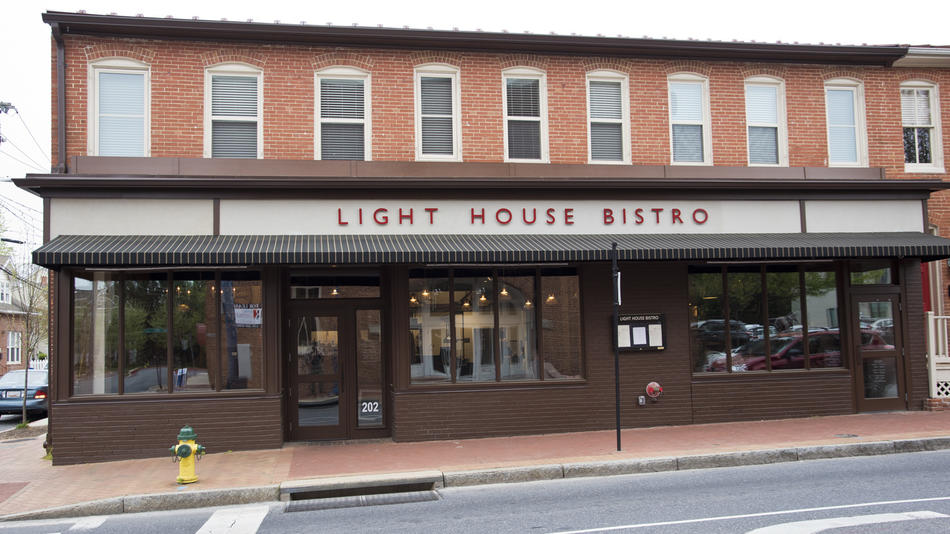 The need for transition assistance happens at all ages

October 14, 2018/Phil Burgess/Comments Off on The need for transition assistance happens at all ages

by Phil Burgess, Unabridged from the Life section of the Annapolis Capital, Sunday October 14, 2018

Unabridged article from the Life section of the Annapolis Capital, Sunday, October 12, 2019

(The 50-seat Light House Bistro is more than a restaurant. It is also what some people call a “social enterprise” — a business enterprise that has social goals embedded in its business objectives. [Joshua McKerrow / Capital Gazette file])

Several months ago, I discovered the Light House Bistro at 202 West Street, along with several of my bonus years friends – and a few younger ones, too.  We now go to the Light House every Saturday morning for breakfast, arriving around 9:15 am.

Sometimes we have a small group of four or six.  Often, we have a larger group – and it’s not unusual to sometimes have 15 or more.  I found out recently that the wait staff there calls us the “tan muffin crowd” – because so many of us order English muffins, “slightly burned.”

The Google description of the Light House says it serves “elevated American dishes and brunch in a stylish atmosphere.”

I’m not sure what that means, but I can say this:  It serves a good breakfast, and I would give it a high rating for great service.  I’m not alone in that view.  Indeed, two out of three people who go the Light House for a breakfast, lunch or dinner give it an “excellent” rating.

But the 50-seat Light House Bistro is more than a restaurant.  It is also what some people call a “social enterprise” – i.e., a business enterprise that has social goals embedded in its business objectives.

The idea of a social enterprise has been around for a long time, but it gained currency in 2006 when the Norwegian Nobel Committee awarded the Peace Prize to Muhammad Yunus, a Bangladeshi banker, economist and civic leader who pioneered what he called “microcredit” and “microfinance” – referring to small loans given to entrepreneurs too poor to qualify for traditional bank loans.  The social purpose in this case:  To promote bottoms-up economic development.

In making the award, the Nobel Peace Prize Committee said, “lasting peace cannot be achieved unless large population groups find ways to break out of poverty” and that “across cultures and civilizations, Yunus and Grameen Bank have shown that even the poorest of the poor can work to bring about their own development.

According to general manager Beth Rocca, “Our social purpose is to help rebuild lives challenged, for example, by homelessness or chemical dependence.  Our approach provides training that will lead to living-wage employment for those who will commit to the struggle to get back on their feet.”

The Light House tackles these social problems by creating revenue from preparing and selling food and food-related services, such as catering, in the open market.  It then reinvests profits back into their programs to assist individuals in the local community “to bring about their own development” – using the words of the Nobel Committee.

Rocca put it this way: “The Light House repurposed its former downtown Annapolis shelter into a revenue-generating social enterprise to support ongoing workforce development and housing opportunities for individuals – and for the community, to help advance the revitalization and economic development of the West Street Corridor.”

As a practical matter, the Light House provides (mostly younger) men and women who have experienced a rough streak in their life with an opportunity to get back on track.  The program includes everything from counseling to culinary arts job-training – plus a supportive place to live while transitioning to a new life.

Participants are exposed to almost every job in a restaurant – from dishwashing and janitor services to hostess, waiting tables and food preparation.  When Light House participants “graduate,” they are prepared to hold down a good job in the hospitality industry.

During recent visits, however, I noticed an older African-American woman who was working alongside the young workers, so last week I asked her if we could talk.

My new acquaintance said “yes” and introduced herself as Vonita Tyler – though she is known as “Miss Nita” to the Light House staff.

Miss Nita was born in 1960.  So, at age 58, when many others are thinking about retirement, Tyler is harvesting the benefits of her 2006 graduation from the culinary arts program.

According to Tyler, “It was a wonderful experience.  It helped me to polish old skills and pick up new ones…just what I needed to keep on working at better-paying jobs in the years ahead.”

Tyler has lived a tough life.  She has serious hearing-impairment that wasn’t correctly diagnosed until she was 32.  That put her behind during her years in school because she was not hearing a lot of what the teacher or even the other students were saying.

After graduating from Southern high school in 1979, Tyler connected with Ronnie Johnson, a part-time security guard and her partner for 26 years.  Together, they had four children – all now adults between ages 21 and 31 and one grandchild so far.

Tyler, a pesky and cheerful woman, has been on her own for more than 10 years, but these haven’t been easy years.  She has lived in what she describes as “slum conditions” – where she had to deal with bedbug and cockroach infestation; trash storage and collection issues; below-standard maintenance of refrigerators, smoke detectors, flooring, and other upkeep issues; and several evictions when she withheld rent payments in order to get action on her living conditions.

During these years, Tyler worked at many jobs, including a variety of iconic Annapolis restaurants where she worked in food preparation – places such as Phillips Seafood, Buddy’s Crab, Middleton Tavern.  She also worked at convenience stores such as Wawa; area retirement communities Ginger Cove and Bay Woods; and retail establishments such as K-Mart.

“You change jobs a lot when you are having children and don’t have benefits.  But you also learn something new with each job, so it’s not all negative.”

Tyler is now working in food preparation at the Light House.  She told me, “I love to work.  I am a working woman.  But I especially like working with the people here.  They make me happy.”

Tiffany Huff said, “Miss Nita is a jack of all trades. She will do anything that has to be done around here.  She is always available to help when needed.”

Kelly Sammons said, “It’s good having older folks around, especially a mother figure like Miss Nita.  When you are having a bad day, she is always there to listen.”

Tyler has a life outside of the bistro.  In addition, to time with her adult children and grandchild, Tyler participates in a weekly Bible study and is a volunteer with We Care and Friends at the Stanton Center, where she helps with sorting clothing, food and other items.  She also loves to crochet and is now working on a blanket for a gift.

Though I have met many upbeat and positive people in their bonus years, I don’t think I have ever met anyone more positive about their life, their work and the future than Tyler.

Miss Nita is another example that contentment in life is rooted not in what you have but in who you are and what you do, especially when the doing is for self-improvement, so you can help others and remain independent for as long as possible.