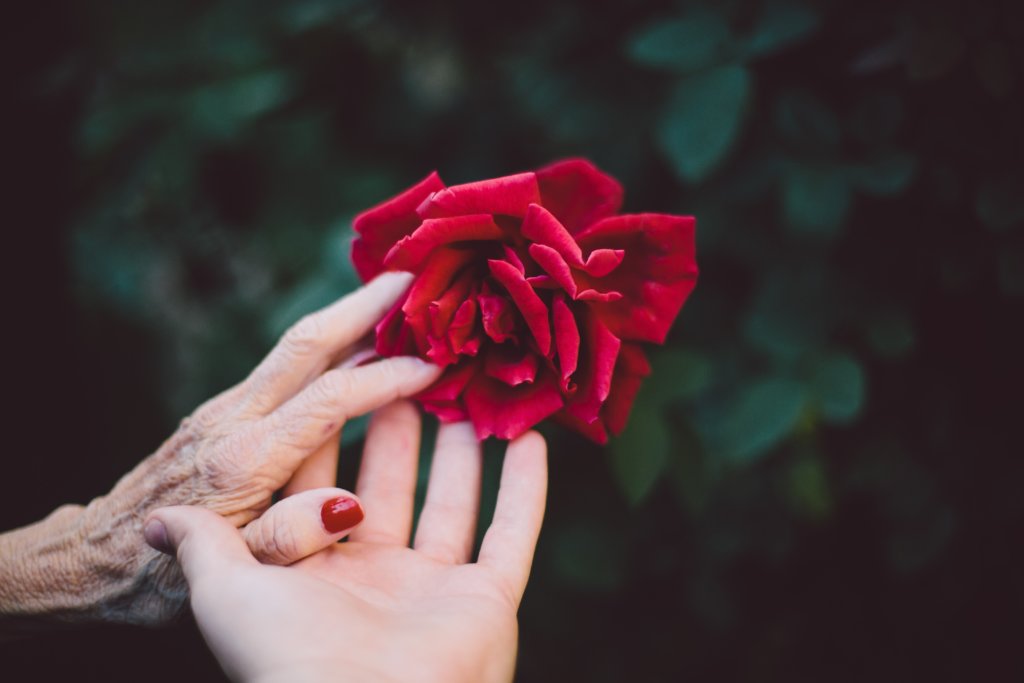 by Phil Burgess, Unabridged from the Life section of the Annapolis Capital, Sunday October 9, 2018

Unabridged article from the Life section of the Annapolis Capital, Sunday, October 07, 2019

I’ve just seen life from the inside out, a view that can only be conveyed by storytelling.

That was my first thought as I finished reading Melanie Merriman’s Holding the Net: Caring for My Mother on the Tightrope of Aging, winner of American Book Fest’s Best Book Award in the Autobiography-Memoir category and a Caring.com choice for “Best Books on Caregiving” for 2017.

I was drawn to the book by a flyer announcing “author visit and book-signing” at the Anne Arundel Public Library in Severna Park this coming Friday, October 12, at 10:00 am.

Holding the Net is not just another “how to” book for taking care of an aging parent.  Instead, it is an engaging story about a caring family dealing with the realities of longevity.

Specifically, Holding the Net is a memoir about two sisters, also in their post-age 60 bonus years, working together to make sure that the final chapters of their mother’s life would be marked by “the things that should go along with old age, like honor, love, obedience, and loyal friends…” to borrow from Shakespeare’s Macbeth.

Melanie Merriman and husband Klein live in South Florida. After graduating from William & Mary in 1974, Merriman earned a Ph.D. in biology.  She spent the first part of her professional life as an academic at the University of Miami School of Medicine, and then, after earning an MBA, established a career in hospice quality management.

Building on the success and satisfaction of writing Holding the Net, she is now embarking on a new bonus years career as a story-teller and advocate for a more aging-friendly society.

Her older sister, Barbara Pratt, lives in Severna Park with husband Phil. Pratt, a 1966 graduate of Mary Washington College in Fredericksburg, served as a paralegal for environmental and public interest law firms in Washington, D.C. for most of her career, including several years teleworking from New Bern, North Carolina.  After retiring, Barbara and Phil moved to Severna Park in 2016, reflecting, in part, her husband’s love of sailing.

In the mid-1970s the girls’ parents, Eleanor and Dave Pratt, retired to a condo in New Port Richey, a Suncoast suburb on the north side of Tampa. Then, in 1994, Dave passed suddenly at age 80. A stroke. Eleanor, then age 78, and still in good health, was a widow, after 53 years of marriage.

According to Merriman, “My mother was talented graduate of Swarthmore, Class of ’37, and always involved, both professionally and as a community volunteer, including service as president of the 537-unit condo association.”

She added, “We had always been close.  Mom and Barb were family.  Mom and I were friends.  Mom was also close geographically – just across the state from Miami.  With my father gone, I appointed myself to look after Mom.  I wanted to make the rest of her life the best it could possibly be.”

She continued, “I also felt prepared.  After all, my father had left all the legal and accounting stuff – tax records, condo documents, family will, etc. – in good order, including the resources to pay for whatever care Mom might need.  Second, with a career in hospice and palliative care, I knew a lot about later-life illness and other challenges of aging.  I also knew how to navigate the complex medical system. Most importantly, my sister, Barbara, was willing to help in any way she was needed, despite living more than 700 miles away in New Bern, North Carolina.”

Things went smoothly for the next 10 years, but by 2006, Eleanor began to slow down.  “Despite Mom’s aging,” according to Barbara, “neither Melanie nor I anticipated a long period of disability. But that’s exactly what happened.”

Melanie expected her mom would, logically, move to one of the premier continuing care retirement communities in the Miami area.

But there was a big problem: Her mother still had a mind of her own.  First, she didn’t agree that she was ready for a retirement community. Second, during several visits with Barbara and Phil, she had decided along the way that if she were to move, it would be to New Bern, not Miami.

After several months of heartbreaking family conversations, Eleanor moved to an apartment at McCarthy Court, an adult congregate living facility in New Bern.  Requiring only a month-to-month commitment and providing light housekeeping, daily check-ins, social activities such as bridge and dinner outings, the ACLF gave Eleanor the sense of independence she demanded.

Still, this and every other transition was difficult.  According to Melanie, “Every decision pitted Mom’s desire for independence against our concern for her safety – and a win for either side felt like a loss for all.”

Though Eleanor quickly adjusted to her new life at McCarthy Court, her body weakened and she began to suffer a series of falls.  One night she fell and couldn’t reach the “I’ve fallen and can’t get up” button. The next morning she was admitted to the hospital and went from there to a nursing home for rehabilitation.

Eleanor’s rehab was slow, and her inactivity led to frailty that was aggravated by growing dementia.  She passed peacefully in the company of her family on April 10, 2010.

My summary here tells something of the actors and the plot. But Merriman’s storytelling gives the reader a view from ground zero, from the inside out.  It is not a message that says, “Look at us.”  Rather, its message is “You are not alone.”

While Holding the Net is not a “how to” book, it contains much wisdom, born of expert knowledge and experience, conveyed in the context of loving relationships.

Shortly after completing the book, I ran across this poem, author unknown, that captured how Merriman’s writing affected my feelings about the passing of a loved one:

The tide recedes but leaves behind
bright seashells on the sand.
The sun goes down, but gentle warmth
still lingers on the land.
The music stops, and yet it echoes
on in sweet refrains…
For every joy that passes,
something beautiful remains.

For the rest of the story, meet Melanie Merriman at the Anne Arundel Public Library in Severna Park next Friday, October 12, at 10:00 am.