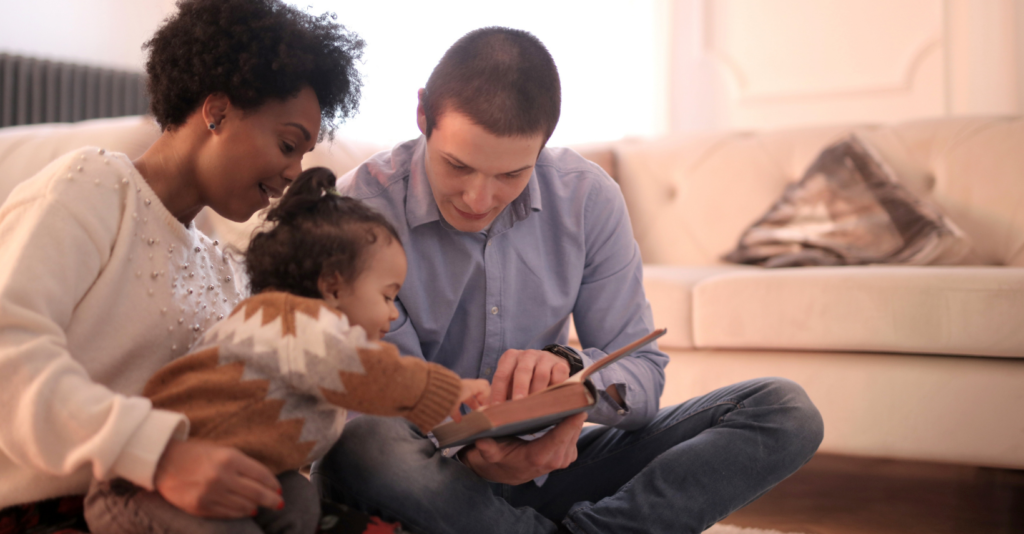 Storytelling is a great way to pass family legacies to grandkids

by Phil Burgess, Unabridged from the Life section of the Annapolis Capital, Sunday November 29, 2020

This year’s Thanksgiving included just Mary Sue and me and a longtime friend who has spent Thanksgiving with our family for more than a decade.

Normally, Thanksgiving will include 14-18 family members and friends around the table beginning around 3:00 pm – and would include drop-in visits of other friends and neighbors, some singing around the piano and then an early movie.

I really missed this year’s festivities, revelry and, in a way, sacred routines.

We’d begin our Thanksgiving celebration with a reading from the Psalms and another from the New Testament.

Then we’d go around the table so each person can tell a story of the most memorable event in their life since the last Thanksgiving.

Recently, we’ve turned to our two granddaughters – now ages 3 and 5 – to lead our prayers and expressions of gratitude that we use to open every meal, especially Thanksgiving.

“The girls,” as I call them, having been born into a home with both a Jewish and Christian heritage, always begin with their Judeo-Christian prayer: God is great. God is good, and we thank him for our food this day.

Then comes their secular prayer, one they learned and say daily in their Montessori school at the beginning of snack time: We love our bread; we love our butter; but most of all we love each other.

After their prayers, the little ones lead the rest of us with their expressions of gratitude.  They are prompted by “What are you thankful for, Adelyn?”

“I am thankful for my sister, Lilly” she responds, with a mischievous smile on her face because both girls know that their gratitude for each other – already covered in their Montessori prayer – is a proscribed easy way out.  But they do it to tease.

“OK. OK,” says Addy, giving up the tease.  “I am [long hesitation] thankful for the stories my dad reads to me before I go to bed.”

Then three-year-old Lilly will say – again with a playful smile, glancing around the table – “I am thankful for my sister, Addy.”  After a little giggle and another glance around the table to affirm she knows she also broke the rules, she will say something like, “I am [long hesitation] thankful for the stories my mom reads to me before I go to bed.”

Though sometimes original and sometimes copycat, I’ve no doubt that Lilly’s thanksgiving is as genuine as her big sister’s.

So, while being a grandparent – a Papa and a Nana, in our case – is a blessing, it is the practice of grandparenting that brings the most satisfaction.  It’s not that “practice makes perfect” so much as practice is satisfying, enjoyable, and rewarding – especially when it’s face-to-face and alone, without the conspicuous (and sometimes restrictive) oversight of the parents (if you catch my drift).

With increasing longevity, growing numbers in their bonus years are not only grandparents, but also great-grandparents.  Whether grands or great-grands, the calling is the same: To be available when needed and to help pass on to the next generation the rich legacy that shaped the faith, family and national stories, roots and traditions they inherited.

Dr. Robert Petterson – a retired pastor, but still a go-go award-winning author, teacher, and grandfather to two girls – put it this way: “To neglect passing on [our legacy] is an unspeakable cruelty to our young and a gross betrayal of ancestors who delivered it to us”.

Those words are found in his 2019 book, The Legacy Imperative: Reaching Digital Land, referring to “digital natives” that populate the younger generations – i.e., under age-43 Millennials and under age-25 Gen-Z Americans who’ve used small screens and digital devices from an early age and are now the children and grandchildren of those in their bonus years.

Petterson wrote Legacy so bonus years grandparents could be more resourceful, engaged and skilled.  He was inspired to this mission when he attended a wedding “one Sunday afternoon on the Maryland Shores” a few years back.

“While everyone else was transfixed by the bride, I couldn’t take my eyes off the couple sitting on the front row of folding chairs…Wilson and Carol [Bradley] are on the home stretch of their journey together.”  “

The fruit of their 58 years of marriage was gathered at the Shore to celebrate yet another wedding in a family that has yet to suffer a divorce”– now a family of 24 that includes four sons, four daughters-in-law, 11 grandchildren and three grandsons-in-law and among them five Naval, Air Force or Army officers, a police detective, engineers, executives and other productive vocations.

Wilson Bradley – holder of 35 patents and a co-founder and chairman of a large international company – and his wife have lived an active life anchored in Ellicott City, Maryland and Naples, Florida.  Still, Petterson suggests their “lasting legacy is not in the companies, profits, patents, philanthropy, church or community service…It’s the rich heritage of faith, family and country that they are passing on to the next generation.”

According to Petterson, one of the most effective ways to do that is storytelling – to tell your story in a captivating and compelling way. Indeed, one of the purposes of Legacy, his faith-centered workbook, is to help those in their bonus learn how to script and then tell their story to their children, grandchildren and great-grands.

Nobel Prize-winning novelist John Steinbeck said, “If the story is not about the hearer, he will not listen.” To that end, much of Legacy is devoted to helping the bonus years reader better understand the values, habits, and mindsets of the younger generations, for it’s not what we say but what they hear that counts.

And those we are talking to – our Millennial and Gen Z offspring – will account for 48 percent of the voters in 2024.  So, their values, habits and worldviews are not just a matter of family life; they are foundational to shaping the future of our nation.

Says Petterson, “If we are going to present the stories of faith, family and country to the next generations, we need to love them enough to do it well.”  Thank you, Dr. Petterson, for a nudge to do our duty and a resource to help us do it well.