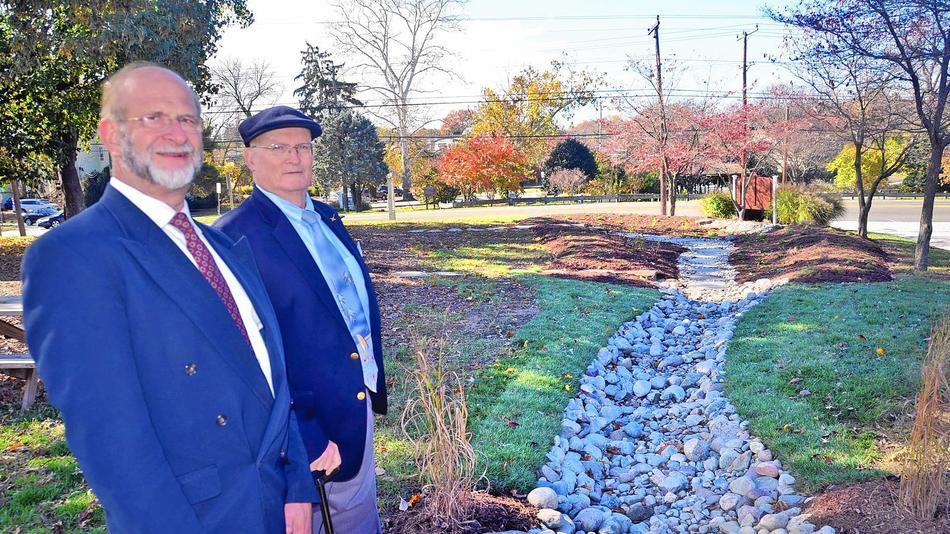 Senior leadership, know-how can be a big asset for non-profits

May 13, 2018/Phil Burgess/Comments Off on Senior leadership, know-how can be a big asset for non-profits

by Phil Burgess, Unabridged from the Life section of the Annapolis Capital, Sunday May 13, 2018

It was 7:30 on a Thursday morning a few weeks ago when I arrived in the kitchen at the Woods Presbyterian Church in Severna Park.

I was there to learn more about Woods’ commitment to a “life-span” vision of services and activities for its members and the larger community.  At a time when many churches focus primarily on young people, the inter-generational, life-span vision at Woods caught my attention.

One of those is the Retired Handyman Breakfast Society.  Formed in the 1980s and called REHAB, the group has as many as 25 members, ranging in age from late 50s to late 90s.

Result: The church saves as much as $80,000 in annual repair and maintenance costs while providing opportunities for fellowship and volunteer work for those in their bonus years.

On the morning of my visit, a dozen or so men showed up to work.  Volunteers Doug Pringle and Jim Rausch were cooking made-to-order eggs, pancakes, bacon, patty sausage and coffee.

I chose scrambled eggs and sausage and then joined the others in an adjacent room where everyone gathered to have breakfast and shoot the breeze.

Around 8 a.m., Tom Lerario, a church staff member, brought in the week’s “REHAB Work List” – a typed “to do” list with the “inside tasks” noted in bold. Within minutes, the men around the table had parceled out the tasks and were heading out the door to the shed to pick up the tools they needed to get their jobs done.

The week’s list had 20 items.  Some were compliance tasks – such as checking elevator emergency phones and fire extinguishers to make sure they worked, testing emergency lighting in among the six separate buildings on the campus, and replacing batteries in the Counseling Center smoke detectors.

Others were more physically demanding – such as cleaning the roof drain over the library and organizing the boiler room so the floor could be painted.

Still others required some experience – such as changing the feed pump switch on the boiler’s condensation tank and creating a utility shut-off map.

Others were purely maintenance – such as blowing leaves and debris from the sidewalks, and repairing the stop sign at the main entrance.

As the men parceled out the tasks, volunteer woodworker Jim Luck, said to me, “Things go a little more smoothly when our leader, Charlie Phelps, is here. Too bad he’s under the weather today.”

So, last week I grabbed the opportunity to have coffee with a recovered Charlie Phelps.  It was an unexpected blessing.

Talk about bonus years, Phelps will turn 100 in June.  Born in 1918 in Philadelphia, the former Eagle Scout is a member of the Greatest Generation.

When WWII came along, Phelps, a welder, was working in a “defense-critical” industry – making parts for warships – and was deferred from military service until January 1943, when he joined the Army Air Corps.

In the spring of 1945, Phelps was assigned to counter-intelligence and sent to Wilmington, Delaware to learn Japanese, but four months later, in August, 1945, the US ended the war in the Pacific with the bombing of Hiroshima and Nagasaki.

Phelps, modest beyond description, said, “I have a hard time feeling like a veteran.  It seems like all I did was go from one school to another.  But I sure learned a lot.”

Phelps’ brother also served in the war, mostly in the UK where he was part of a supply squadron.  So, when they left the service, they returned to Pennsylvania to go into the lumber business, harvesting trees with a two-man cross-cut saw.

After several months, they borrowed money to purchase a gasoline-driven chain saw.  “That was a big deal in those days.  Pretty soon, we had a contract from the highway department to clear timber to make way for new highways.”

Phelps Brothers Land Clearing peaked at 55 employees as they migrated south from job to job, ending up in Maryland. In the early 1970s Phelps sold the business and went into real estate.

In 1946, right after the war, Phelps married Helen, his wife of 62 years until her passing in 2008. Their four adult children – three girls and a boy – include a physician, an attorney, a teacher and a real estate broker.

“Helen was a working mother,” he said.  “She worked as a secretary at Woods and later at Anne Arundel Community College.  But she deserves all the credit for our great kids – especially their character and education, which she encouraged from day one.”

Around the year 2000, Phelps joined the Woods’ REHAB group.  “After spending a large part of my life cutting trees to build things up, once I got involved in REHAB I found myself tearing things down in order to replace or repair.  I love the can-do approach of the men in REHAB.  They observe what has to be done and they do it.”

According to Luck, “Charlie Phelps showed up at the right time.  Our group was going through some changes and Charlie had the broad knowledge and range of skills that we needed.  He can do almost anything – woodworking, plumbing, general maintenance.  Everything except maybe electrical.  Pretty soon, he was assessing our needs and assigning jobs.  Charlie is a natural leader who gets things done.”

Luck continued, “Charlie Phelps is also a great mentor. He knows how to do things.  He is patient with those who are learning.  He approaches everything with a servant’s heart and has shaped the attitudes of all of us. To this day he carries a 30-pound leaf blower on his back as he clears away falling leaves in the autumn and cut grass in the summer.”

I asked Phelps, “What are the big changes in society that have influenced your 99+ years?”

After only a few seconds, he said, “Technology.  The power winch.  The chain saw.  The wood chipper.  The automobile which created a need for highways.  All of these had a direct and positive effect on my life. I have so much to be thankful for.”

When I asked Phelps his secret to successful aging, Luck interjected, “He’s a health nut.”

Phelps, with a full head of hair, smiled in agreement. “I’ve always been active, and I don’t eat sugar.

Reflecting on my time with Charlie Phelps and the men of REHAB who use their mind and muscle to serve others, I thought of Billy Graham’s observation that “Scripture is filled with examples of men and women whom God used late in life, often with great impact.”