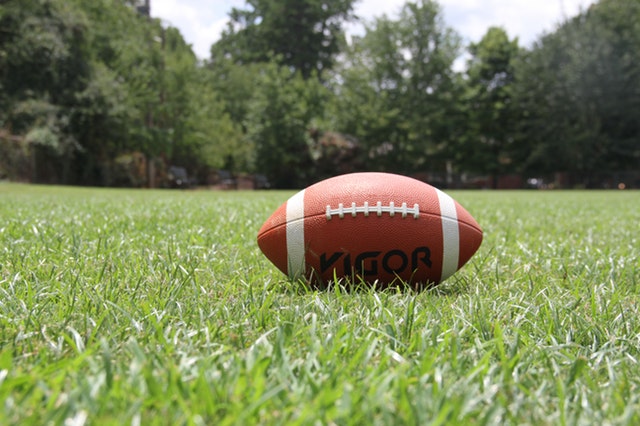 May 20, 2018/Phil Burgess/Comments Off on To live is to engage in the action and passion of your time

by Phil Burgess, Unabridged from the Life section of the Annapolis Capital, Sunday May 20, 2018

Someone once said that “Stories are only stories at the end. In the middle, it’s just chaos.”

I thought of that last week as I was talking to Marvin Smith, who has a way to go before he’s at the end of his story.

Though Smith is now 61, he still looks every bit the part of a former NFL player – tall, muscular, outgoing, enthusiastic, brimming with passion and determination.

In fact, Smith is a former NFL outside linebacker, having spent two years with the Los Angeles Rams and a year with the Oakland Raiders.

A 1980 graduate of California State University, Fullerton, where he majored in psychology and later received an advanced degree, Smith was never an NFL superstar. He was never All-Pro. But he was on the field for three seasons – from 1980-1983 – reflecting the discipline he learned at home from his mom and dad and from his coaches along the way, discipline that also led to high academic performance.

A lot came from his dad, who spent 40 years as an administrator with the California Youth Authority – what we used to call “reform school.” Smith grew up with dinner table stories from his father, presenting vivid examples of what happens to young people when they go off the rails.

If his father was the source of morality tales about right and wrong and how you can mess up your life by doing wrong, Smith’s mother was the enforcer. Though she worked for Xerox she was very much in charge of keeping the kids in line at home – so much so that Smith had a plan if he ever got in trouble.

“Throw me in jail. Don’t send me home,” would have been his plea because he knew what was expected of him and the consequences of not living up to standards.

Smith also learned a lot from coaches and his experience in high school, college and the NFL.

“I learned first and foremost about personal responsibility – bettering your skills through practice, asking for help when you need it, taking instruction, pushing your mental and physical limits, holding yourself accountable – all virtues I first learned at home from my parents, but they were strongly reinforced by my coaches and community leaders.

“I learned you are not always going to win, that hard work doesn’t always yield the results you want but often pays off in other ways. This was really important, because it prepared me to absorb disappointments and still plow ahead to achieve my goals – or to change my goals to align them with my resources and capabilities.”

Smith entered the NFL at a time when the starting salary was $30,000 a season – not the $450,000 minimum available to players who sign on today. In addition, player salaries were pro-rated week by week. So, if you were cut from the roster owing to injury or head-count limits, your pay would also stop.

In two of his three years, Smith was cut from the roster the day before the first game of the season, permitting his team to get in under the headcount limit. In the 1982-83 season, Smith was released from the Rams because of a knee injury, one that has never fully healed.

But through all of this, Marvin Smith learned two additional life lessons: First, the importance of perseverance and second, that most great accomplishments are achieved by teams and teamwork.

According to Smith, “I had a lot of disappointments in the NFL, but looking back, I kept my eye on the ball and, for three years, didn’t give up. Then, owing to my injury and previous experience, I recognized I wasn’t going to have a long career in the NFL – that it was time for new pursuits, new objectives.”

Though the average length of service in the NFL is less than three years, the real problem for many NFL players – both the short-termers and the long-termers – is what to do when the glory days are over, when they hang up their cleats and put away their helmets.

Data from Sports Illustrated show 78 percent of NFL retirees have “gone bankrupt or are under financial stress because of joblessness or divorce” within two years of their careers’ ending.

This was not the path of Smith. While in the NFL, Smith also worked the off-season in management as an engineering liaison at Hughes Aircraft Corporation. While at Hughes, Smith also enrolled in Bible college, becoming an ordained, non-denominational minister in 1992.

In 1998, Smith left corporate America to give full-time attention to the needs of at-risk youth in Pomona, California, the community where he grew up.

That’s when Smith and Karla, his wife of 26 years, formed Fired-Up! Ministries that includes a “home church” program that assembles 30-40 people each Thursday and now has four other home churches – and also works with area churches and community organizations to develop after-school programs for young people.

“Finally, I was able to help at-risk kids – mostly African-Americans and Latinos – with programs around leadership, academic and technology issues. If you reach them early enough, you can keep them on track and, if they fall away, you can curb recidivism. Our kids are having great success with many going on to college, including institutions such as West Point and Dartmouth.”

When I asked him what he liked most about his post-NFL and post-corporate life, he said, “I’ve always had a heart for others, so I get great satisfaction from seeing young people discover their God-given gifts and talents and then use them for good.”

Smith applies his academic background in the behavioral sciences to administer assessments for temperament, spiritual gifts, aptitude and self-discipline. “I try to give young people the tools to find their ‘passion zone’ and the skills to manage their weaknesses.”

Recently – prompted in part by fiery controversies around Colin Kaepernick’s “taking a knee” during the national anthem at NFL games – Smith has devoted more time to racial reconciliation.

“The discord shows we need to practice civility in the way we talk to and treat others. We need to learn how to listen and to see things from another’s point of view. That’s why I’m visiting Washington and Annapolis – to call on friends who are a resource and also concerned about the rise of incivility in our country. We must find ways to spend more time on solutions and less on endless recitals of our problems. America is a great country. But we’re not perfect. That’s why we have to work together to achieve our national aspirations.”

Marvin Smith, nurtured by a strong family and a deep faith, has faced and overcome many challenges, not the least his days in the NFL. But looking through the rear-view mirror, each has prepared him to engage in what Justice Oliver Wenden Holms, Jr., called “the action and passion of his time” – a productive and satisfying engagement known by the fruit it is bearing.