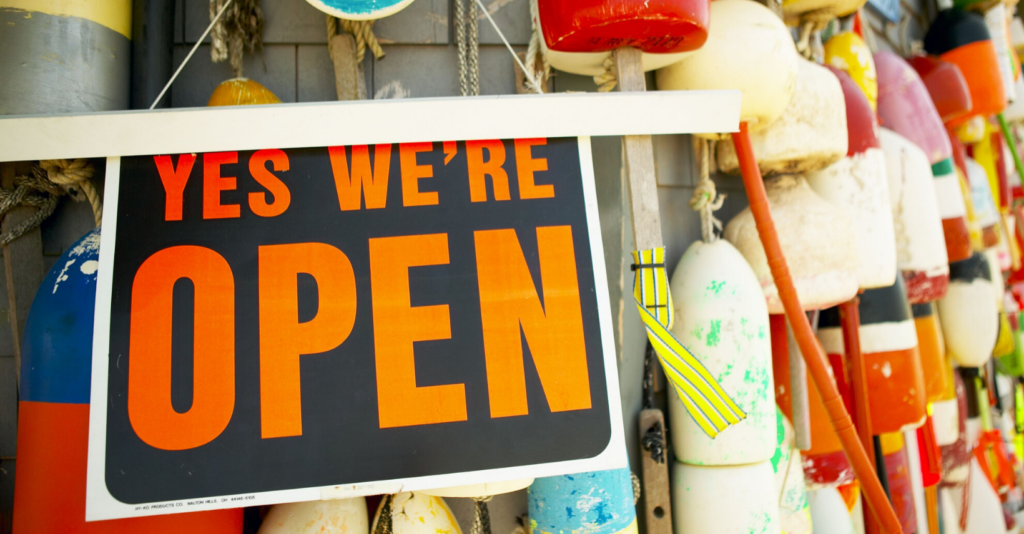 Re-opening advances as knowledge of the pandemic grows

by Phil Burgess, Unabridged from the Life section of the Annapolis Capital, Sunday May 24, 2020

“If you like laws and sausages, you should never watch either one being made.”

Those in their bonus years, who went to school before “modern” history books, will be familiar with this laconic but also profound observation.  It’s often credited to German Chancellor, Otto von Bismarck – the celebrated 19th century general and political leader who created the modern German nation.

Whether it was Bismarck or another who said it, these words provide important insights into the public management of the coronavirus pandemic.

For most of our history, citizens were spared the messiness of sausage-making. Every decade or so there would be a scandal that would reveal the seamier side of representative government or political decision-making.

But the modern, 24×7 television news which, according to polls, is the primary source of news for most Americans, has pulled back the veil to reveal the messiness of policy development and the making of laws and regulations.

Think of the daily briefings of President Trump and the White House Coronavirus Task Force, where differences among the players – The President, the Vice President, Drs. Fauci and Birx, cabinet secretaries and others – are artfully played out on national TV for all to see.  Sometimes they use words.  Sometimes body language.  But viewers are exposed like never before to the messiness of disagreements among White House policymakers.

Think of the daily briefing of New York Governor Andrew Cuomo.  It’s a much more scripted event which leads to crisper communications.  Sometimes, however, scripting is used to “neaten up” the messiness of questionable decisions, such as when state health officials, even after opposition by professional health care groups, directed nursing homes to accept COVID-19 patients who then infected hundreds of other already at-risk nursing home residents, many of whom died.

The messiness of policymaking is revealed for contemporary Americans in so many other ways.

Think of the 24-hour cable news cycle and endless flashes of “breaking news” or C-SPAN and the non-stop coverage of Congress – or Facebook, Instagram, YouTube and other social media that are the primary source of news for younger Americans.

Changing media technology, privacy policies and information management practices have given today’s public a deeper view of the process of political decision-making.  But it is also a more fragmented view – and a narrower and more ideological view.

The problem is not that citizens have more information.  Instead, problems arise from the habits that have been formed by TV talking heads and their producers using this additional information.

For a long time, talking heads have treated elections as a horse race – i.e., who’s ahead and who’s behind with scant attention to the larger issues that will shape the future of our society.

But what happens when these habits of reporting and commentary are applied to educating the public about a deadly pandemic?

Instead of reporting on what scientific and political authorities are learning about a novel coronavirus, we get high-paid anchors advocating this treatment or disparaging another.  The most talked about in this regard is hydroxychloroquine or HCQ.

In the meantime, there are two important advancements receiving too little attention in all the hot air that is flowing around television news.

First, the policy to devolve re-opening decisions to the governors – many of whom are decentralizing further to county executives and/or city mayors – was smart.  The incidence of the coronavirus disease and rates of death vary greatly from state to state and even within states.  Hence, a one-size-fits-all national solution would have been foolish.

However, Dr. Scott Atlas, former chief of neuroradiology at Stanford University Medical Center and now a senior fellow at Stanford’s Hoover Institution, has observed that “Policymakers and the public have not received several key messages that are critical to alleviate fear and guide a safe reopening of society.”  He named five:

Put another way, re-opening is a national problem but it’s not amenable to a national solution.  Different governors will make different decisions.  Some will be wise. Others will be wanting.  Better a wanting decision at the state or county level than a wanting decision made at the national level that is imposed on everyone while ignoring very large differences that exist among and within the states.

Second, much has been learned these past two months as medical scientists and public health officials have struggled to get a handle on the realities of the coronavirus.  For example, Dr. Atlas said, in effect, “The data are in; stop the panic.”

In recent articles in “The Hill” Atlas said, “…the time for the design of sound public policy – and that involves a far broader formulation than a single-minded focus on stopping COVID-19 at all costs.”

Policymakers and the public have not received several key messages that are critical to alleviate fear and guide a safe reopening of society. That has led to a gross failure in policy at the state level:

In short, while television news is focused on sideshows, progress in the center ring has been substantial.  As of this week, all 50 states were re-opening – some more than others.  But steps taken by governors, tailored to local conditions, have been generally consistent with a growing body of supporting evidence and by a natural impulse to restore our nation’s economic and social well-being.

Or, in the words of Dr. Atlas, “Strictly protect the known vulnerable, self-isolate the mildly sick and open most workplaces and small businesses with some prudent large-group precautions.”