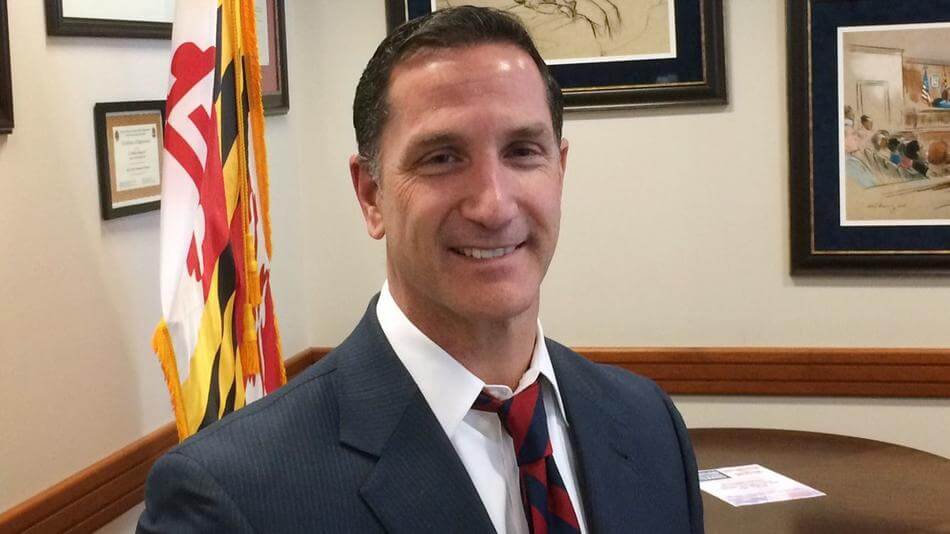 Life is a series of transitions and retirement is just another

April 19, 2018/Phil Burgess/Comments Off on Life is a series of transitions and retirement is just another

by Phil Burgess, Unabridged from the Life section of the Annapolis Capital, Sunday April 19, 2018

(Photo: “I can’t see myself retiring. I love the work I do. I’ve worked my whole life and throughout my life I’ve always invested in my education so I can do more,” Jonathon Church said. [Courtesy photo from the Capital Gazette])

“I’m a retired police officer,” he said as the men around the table introduced themselves on a Saturday morning a few months ago.

That was Jonathon Church speaking, a relatively new member of a men’s group I participate in nearly every week. The group has no name, no leader, no membership requirements, no dues and no agenda, but it has been meeting each Saturday morning for 37 years in the cafeteria area of the Anne Arundel Medical Center — going back to when the hospital was still downtown on Franklin Street.

Usually there are no introductions because this is a faith-based group, and people care less about who you are than whose you are. However, a recent surge of new participants sparked a need to open with self-introductions.

Church had been a regular for several months and often made interesting comments, so I wanted to get to know him better. Besides, he used that word that always gets my attention: retired. I wondered what he meant by that.

When we met last week for coffee at my “office” at Barnes & Noble, I discovered that Church is now into his second career — and seems to be on the road to serial retirements.

But that’s getting ahead of the story.

Church is a “local boy.” He was born in Glen Burnie in 1966, the oldest in a family of three boys. He has three adult children, two of whom have completed college and are pursuing careers. His youngest son is currently attending the University of Baltimore.

When I asked Church how he ended up with a career in law enforcement, he said, “Never in my wildest dreams did I imagine becoming a police officer. No one in my family had been in law enforcement. It was not something I thought about growing up.”

He continued, “But that ended when I learned that the county would contribute toward your undergraduate education if you joined the police force. All of a sudden, I began to see a career in law enforcement through new eyes.”

Soon after, Church joined the Anne Arundel County Police Department, working first out of Millersville. He held positions in a variety of areas.

As he rose through the ranks to commander and supervisory positions, he headed a SWAT team, worked in the crime lab focusing on DNA and forensic chemistry and supervised uniformed patrol operations, evidence management, community relations, and even animal control.

When I remarked that it sounds like an interesting career, Church said, “It really was. There is never a dull moment in police work. You are always doing something interesting and often learning something new. It’s dangerous, to be sure. You never know what you are getting into when you stop a vehicle for speeding or go into a home where someone called 911 about a domestic disturbance.”

He went on, “Most of the situations we face on the streets are unique. You can learn tactics and strategies in general, but every situation is different and requires you to apply what you’ve learned in a different circumstance and often unique ways,”

He didn’t speak for a few minutes, seeming to be lost in memories of encounters past. Finally, he said, “You know, the old slogan they have in many police departments — ‘to protect and to serve’? It’s really true. That’s what we do. I know it doesn’t feel that way when you get pulled over by a traffic cop, but if you look at all the things a police officer does during just one shift, most of it is protecting and serving the public and taking risks to do it right.”

By all appearances, Church did it right. He spent 20 years with the county police department before retiring in 2006 at the age of 40, his first career behind him.

But during his time with the police department, Church also sharpened his skills for his police job by attending the University of Maryland, graduating with a major in management and a minor in government and politics.

That was just the beginning.

He also prepared for his next job by taking out student loans while working as a police officer in order to earn a law degree from the University of Maryland School of Law, which he achieved in 2002, graduating with honors and also earning a place on the National Moot Court Law Team.

While in his final laps as a police officer, Church initiated his second career in 2002. With student loans to pay off — and with his own kids heading for college — Church hung out his shingle. His part-time practice of law focused on business formation, contracts, real estate and other issues in civil law.

In 2006, after retiring from the police department, Church embarked full-time on his second career. Pushing age 43, Church joined Prince George’s County as an assistant state’s attorney where his primary job was to investigate, charge and prosecute violations of Maryland criminal law — including homicides, child abuse, and other felonies, such as misconduct in public office and other high-profile cases.

For a brief period, he tried his hand as an associate county attorney for Prince George’s County. His job: to provide legal advice to the county’s chief of police and command staff in one of the nation’s largest police departments, including the prosecution of internal trial boards for officers charged with departmental violations.

In 2014, Church moved to the Pentagon where he served as an associate general counsel in the office of general counsel for the National Geospatial-Intelligence Agency. His job: to advise on the jurisdiction and authority of security forces in the intelligence community, both in the United States and internationally.

Church returned to Anne Arundel County in 2015 to serve as deputy state’s attorney. His job: to oversee the operations of an office of more than 50 attorneys and 70 or so support staff responsible for the prosecution of all criminal cases in Anne Arundel County — from misdemeanors to homicides. He later returned to Prince George’s County doing what he loves most; prosecuting homicide cases and working for the victims and their families in what is probably the most life-changing event a person or family can ever experience.

Now age 52 and already eligible for AARP the Magazine which focuses on aging and retirement issues, I asked Church about his plans for the future.

“I can’t see myself retiring. I love the work I do. I’ve worked my whole life and throughout my life I’ve always invested in my education so I can do more. From time to time, I’ve taught at the University of Maryland and also at the police academy on everything from criminal law to civil liability in criminal justice agencies. Maybe I’ll do something like that. I also enjoy working with young people in a church setting.”

He continued, “In the jobs I’ve had — both as a police officer and a prosecuting attorney — you see the worst of the worst. To me, the worst crimes are child abuse and sex offenses because the perpetrator leaves behind living victims who must live with that memory for the rest of their lives.”

Church continued, “Living this day in and day out, you find yourself part of a community of dedicated prosecutors, victim advocates and support staff — people working full time on behalf of victims. That has always been my mission — to seek justice for the victims of all types of crimes and especially the orphans of the world. So, I’m not sure what job I will have or where I will be working, but I know what I’ll be doing and that is seeking justice and loving mercy. We can never have too much of either.”

Church may be known as a cop and a lawyer, but the man I saw reminded me of King’s good Samaritan.