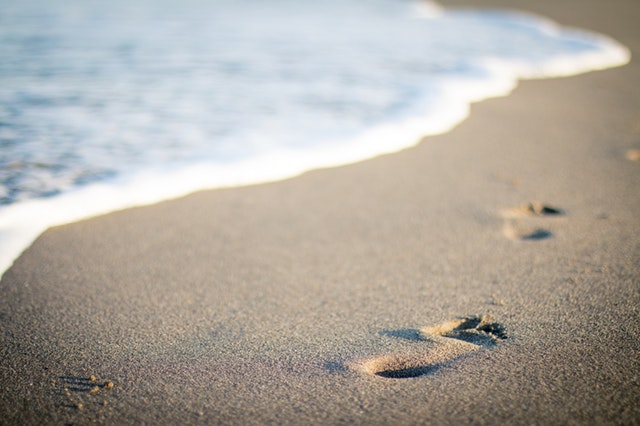 Despite bumps, potholes and detours, later life brings many delights

September 11, 2018/Phil Burgess/Comments Off on Despite bumps, potholes and detours, later life brings many delights

by Phil Burgess, Unabridged from the Life section of the Annapolis Capital, Sunday September 11, 2018

If you stop to think about it, life is filled with all kinds of contradictory proverbs, oxymorons and other confounding words of wisdom.

Example: “Absence makes the heart grow fonder” v. “Out of sight, out of mind.”  Which is it?  Or is it both?  When is it one and when is it the other?

What about “Practice makes perfect” v. “All work and no play make Jack a dull boy.”

Or “A penny saved is a penny earned” v. “Money is the root of all evil.”

Here’s one for those of us in our bonus years.  In his poem Rabbi Ben Ezra, Robert Browning wrote, “Grow old along with me / The best is yet to be / The last of life for which the first was made.”

But a few years ago, I encountered a competing view of “the last of life.”  It was written by UCLA psychologist Edwin Shneidman, a pioneer in the study and prevention of suicide – and the architect of the suicide hotline, a hugely successful social innovation that has spread worldwide.

In A Commonsense Book of Death, completed just before his own death at age 92, Shneidman wrote: “I am like an old Oldsmobile: one of my headlamps is broken, my differential isn’t differentiating, my muffler has become muffled, my distributor won’t distribute—and I can’t buy replacement parts at Pep Boys.”

After decades of quoting Robert Browning – and I still do – I’ve found myself thinking more about Edwin Shneidman.

I increasingly think of Shneidman over Browning when I look at my own behavior.

My last marathon was 80 pounds and 35 years ago; I exchanged walking for swimming long ago.  And we traded the sailboat 10 years ago.

Unlike Shneidman, I’ve been able to buy replacement parts.  Not at Pep Boys but at the sports medicine clinic at the Anne Arundel Medical Center – including two new knees and two new shoulders in my on-going battle with arthritis from too much football, track and “fun run” weekend races when I was younger and thinner.

When one of my headlamps developed a cataract, I got a new lens from Chesapeake Eye Care.  Like many others in their bonus years, I’ve had my health challenges, but I’m thankful that my distributor is still distributing – and if that starts acting up perhaps I can get a pacemaker.

And my muffler has never been muffled.  I can still think, write and talk – to the dismay of my wife and many others, I’m sure – but that’s not a problem for me.  Same for Professor Shneidman.  Despite his ailments, he worked to the end, writing what he called his own “pre-mortem” reflections on the latter stages of his own life.  Good for him – and for us, too – that he wrote it!

I go back and forth between Shneidman’s bumps, potholes and detours and Browning’s “the best is yet to come,” but I’m now unequivocally leaning to Browning’s idea.  Reason: We take delight not in our own milestones but in those of others.

I thought of this last week when our second grandchild, Miss Lilly, turned one-year old.  Exciting as that was, her first birthday also marked a second milestone: She walked for the first time.

It happened at her neighborhood “skill center” in Washington where our grands spend time each day.  Her daycare provider videoed her first steps on her mobile phone.

It was an amazing sight.  She pushed herself up on her two feet and took a couple of steps, but then crashed to the floor.  She grumbled, as if disgusted with herself.  Then she struggled back up with the help of a nearby chair.

The next time she took eight or nine steps.  She fell down this time for going 25 mph in a 10-mph zone – much too fast for a first-time walker.

Interestingly, the joy of witnessing these first steps came from listening to the sounds of triumph, not from seeing the steps of our little granddaughter.

As she walked the second time – for eight or nine steps – she emitted a proud, ear-splitting squeal.  “Look, I’m a biped!” she seemed to be saying.  “I can do it!” she seemed to insist.

I can’t describe the delight I felt and can feel today as I viewed not once, but several times – and not one day, but several days – that 30-second video of a beautiful little human being discovering the joy of living and learning, of being and doing.

I love Miss Lilly to pieces, and I know that moment in time will never happen again.  I know there will be other moments – and some may even be as delightful and inspiring as viewing the first steps of a lovely little girl.

But I also know the delight that Mary Sue and I experienced seeing her first steps is also a function of our age.  The delight comes from knowing the context.  From knowing this is but the first of many “first times” she will experience as she grows up.  From knowing we will not be there for all of them, so it’s important to savor those we do experience.

When all is said and done, I understand Edwin Shneidman’s focus on the bumps, potholes and detours of later life.  However, in my heart I really do believe, with Robert Browning that “…the best is yet to be / The last of life for which the first was made.”  I know this is true because I experienced the first, tiny steps of a little girl named Lilly.