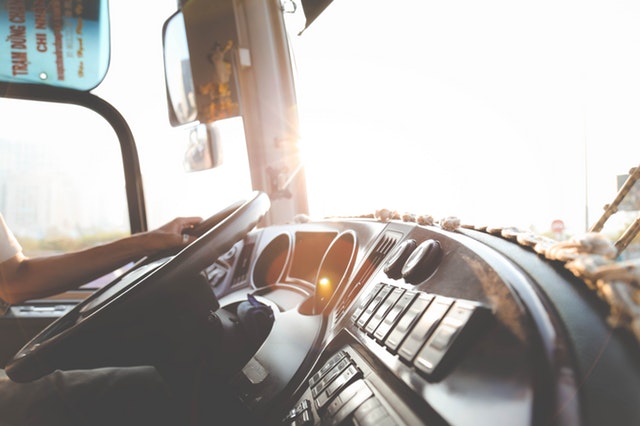 Bonus years travel comes in many sizes, shapes and destinations

September 4, 2018/Phil Burgess/Comments Off on Bonus years travel comes in many sizes, shapes and destinations

by Phil Burgess, Unabridged from the Life section of the Annapolis Capital, Sunday September 4, 2018

Remember the late 1980s film, “Trains, Planes and Automobiles” – the comedy in which Steve Martin and John Candy struggled with each other’s foibles, challenging weather and nearly every mode of transportation to make it home for Thanksgiving?

I thought of this several times during the past two weeks as Mary Sue and I joined with long-time friends from Albuquerque, New Mexico, for a trip to Alaska.

Alaska, a state since 1959, is not only the largest in the Union, it’s a land of superlatives larger than Texas, California and Montana combined.  It has more glaciers and icefields than the rest of the inhabited world, the longest fjord, the deepest oceanic trench, and many other of the “world’s largest” – from the worlds’ largest omnivore (the Grizzly Bear) and seaplane base (Lake Hood in Anchorage) to the world’s longest dog sled race, the 1,100 mile Iditarod from Anchorage to Nome on the Bering Sea.

Happily, our journey through Alaska avoided the struggles and bad weather that challenged Steve Martin and John Candy.  Still, we did experience nearly every mode of transportation – including planes, trains, automobiles and motor coaches to get from BWI to the West Coast and then to travel in “mainland” Alaska from Seward to Anchorage and Fairbanks before returning home this past week.

This mainland segment of our trip also included a spectacular train ride, complete with dome cars, through the Denali, the nation’s third largest national park around what we used to call Mt. McKinley, the nation’s highest peak at 20,320 feet.

To get to the mainland, we began in Vancouver, British Columbia with a six-day boat trip up the stunningly beautiful Inside Passage and across the Gulf of Alaska, ending in Seward.  Along the way, we stopped to see Ketchikan, Juneau and Skagway and the magnificent “rivers of ice” that empty into the sea, beginning with Juneau’s Mendenhall Glacier followed by dramatic glaciers that flow into iceberg-laden waters of Glacier Bay, an area of unmatched grandeur created by glaciers that began to recede in 1750, as the Little Ice Age ended worldwide.

We also saw a lot of seaplanes. With extreme weather and fewer than 12,000 miles of paved roads, Alaska has 16 times more aircraft and six time more pilots per capita than any other state.

In Alaska you can get a driver’s license at 16, but a pilot’s license at 14, so a lot of kids depend on parents to drive them to the airport so young ones can take a spin in a seaplane. Go figure.

When pollsters ask people about their priorities during their retirement years, “travel” is always at or near the top of the list for most people.

However, there is a difference between traveling for leisure or learning and travel as a retirement strategy.

In one case, I met a lady several years ago at a Duke fitness clinic in Raleigh-Durham, North Carolina.  She revealed that she spent nine months on a cruise ship, one month each with each of two adult children – one in Washington state and Virginia – and one month at the Duke fitness clinic to get a health check-up as she prepared for the next nine months on a cruise ship.

“Isn’t that expensive?” I asked.  She then explained that living on a cruise ship was cheaper than many assisted living options.

She added, “A cruise ship has healthy food if you choose to eat healthy – and I do – and medical care if you need it.  And don’t forget, the cruise ship involves lots of social activities and camaraderie – from the fitness center and walking the decks to lecture-discussion groups and brain games – to simulate mind and body.  Plus you have a lot more age diversity – including small children – and I like that.”

That’s one approach to a travel-based retirement strategy, one being followed by a small but increasing number of people who are rejecting conventional approaches to retirement living.

On this trip, however, I met a second approach to travel-based retirement.  Enter Elizabeth Petty from Ellijay, Georgia, a town of 1,600 between Atlanta and the Tennessee border.

I met “call me ‘Lib’” Petty when she was the driver of a motor coach.  With a deep southern drawl and witty manner, I invited her to have coffee after a drive through the Denali national park.

It turns out that Lib, now age 67, lives in Georgia nine months a year while spending the other three in Fairbanks, where she drives a motor coach and serves as a tour guide.

“My husband passed in an auto accident in 1998, leaving me with two boys aged 9 and 13.  I needed income, so I went to work as a school bus driver.  Instead of ‘driving Miss Daisy,’ it was ‘Miss Daisy driving.’  I did it for 20 years.  I was also a teacher.  So I would pick ‘em up in the morning.  Teach ‘em at school and take ‘em home in the evening.  Plus, I was the lunch room monitor.”

She continued, “After my kids grew up, I wanted a little more excitement in my life, so three years ago, I came to Alaska to drive a tour bus in the summer months.  It’s the best decision I ever made.  I now split my life between Ellijay and Fairbanks – two very different cultures and ways of life.  It’s cool – even in the summer,” she added, winking her eye.

“The only downside,” she said, “is having a roommate in a very small room.  Sometimes a little more privacy would be nice.”

With 10,000 boomers retiring every day between 2011 and 2030, we shouldn’t be surprised that individuals and couples are inventing all kinds of novel ways to create a new life that can be satisfying and productive.  My friend, Lib, has invented a new one, and it seems to be working for her.