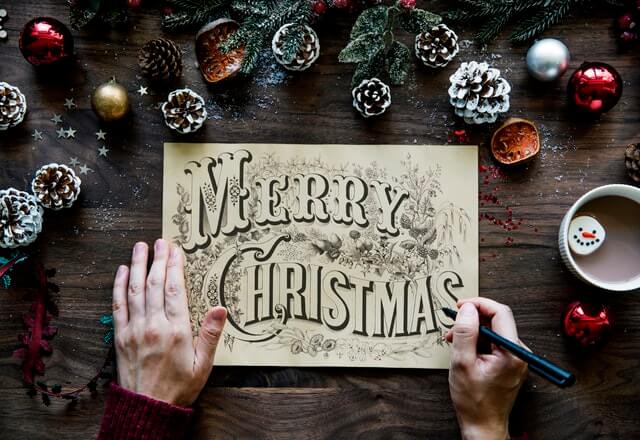 December 24, 2017/Phil Burgess/Comments Off on Both religious and secular traditions define Christmas

by Phil Burgess, Unabridged from the Life section of the Annapolis Capital, Sunday December 24, 2017

Monday is Christmas, the big day most of us have anticipated — and prepared for — since Thanksgiving.

Christmas has long played a large role in lives of most Americans. According to a new survey by the Pew Research Center, 90 percent of Americans — and 95 percent of Christians — say they celebrate Christmas, numbers that have remained more or less constant over many years.

Culturally, Christmas is not only a religious holiday, it is also our primary secular holiday — a time of feasting and festivities, reunion with family and friends, and storytelling so the new generation can know and appreciate the history of the family and sometimes even stories about the region (especially in the West and South) and the nation.

Yuletide includes many traditions: Christmas cards, often with a letter spotlighting a family’s major events of the past year; the Christmas tree and Christmas stocking, often emblazoned with the name of each family member; a festive dinner with the family, often including friends and grandparents; and, of course, gift giving.

Christmas, for Christians, is also a day of celebration — to rejoice in the birth of the man-God, Jesus of Nazareth, regarded by believers as the greatest gift of all, though the same Pew research confirms that a majority of U.S. adults (56 percent) see a declining emphasis on the religious aspects of Christmas.

The religious roots of Christmas were powerfully illumined by Scottish author, poet and Christian minister John MacDonald, who said, “If we could condense all the truths of Christmas into only three words, these would be the words: ‘God with us.’ ”

Speaking to believers, he elaborated, “We tend to focus our attention at Christmas on the infancy of Christ. The greater truth of the holiday is his deity. More astonishing than a baby in the manger is the truth that this promised baby is the omnipotent creator of the heavens and the earth!”

In our home, we observe both the secular and religious traditions of the season.

The birth of the deity is represented by a lovely, hand-me-down crèche featuring Mary, Joseph and the wise men around the manger of Jesus in the stable at Bethlehem.

Mary Sue and I assembled the crèche on a Friday, when every week we have our 27-month-old granddaughter, Adelyn, for the day.

First came the stable and the hay, then the animals, then Mary and Joseph followed by the wise men. We explained each part of the Nativity scene — including the crib and the “baby Jesus.”

Addy commented and asked questions along the way. She was clearly engaged in what we were doing, but also unusually standoffish.

Last Friday, sitting in her high chair after breakfast, she pointed to the crèche and said, “That’s baby Jesus.”

Wow! Where did that come from? We only used the term “baby Jesus” once as we were assembling the crèche. I’m sure she heard about baby Jesus at her home in Washington and perhaps at the Skill Zone, the Gymboree or other venues she visits several times each week with her mother or baby sitter.

Mary Sue went to the crèche and picked up the Jesus figure — about 1 inch long — and brought it over to Addy. She held the little figure as if it were a delicate flower, and she kept glancing up at us to make sure we were OK with her handling of the figure.

“What do you think?” we asked. She replied in a soft, sweet, deliberate voice, “This is baby Jesus. Look, he has fingers. And toes on his feet.”

As she made these observations and lightly touched the fingers and feet of the figure, she kept glancing at us, studying our reactions. With each glance we smiled approvingly and just watched.

After three or four minutes of touching the figure, she held it out toward us and said, “Put baby Jesus back to bed” — and then she studied every movement as Mary Sue carried the figure over to the crèche and placed it back in the manger.

That was the end. Back to eating breakfast.

As Mary Sue and I talked about it afterward, we were both gobsmacked by Addy’s reverence toward this tiny carving representing baby Jesus— especially since we could recall using that term only once, several weeks before.

The U.S. image of Santa is rooted in the words to “The Night Before Christmas,” the classic penned in 1823 and attributed to Clement Clarke Moore:

“ ’Twas the night before Christmas, when all through the house. Not a creature was stirring, not even a mouse …”

Until “The Night Before Christmas” came along, Santa Claus was generally depicted as a thinner, less jolly, horse-riding disciplinarian, combining mythologies about the English Father Christmas, the Dutch Sinterklaas and the fourth-century bishop Saint Nicholas of Myra.

But “The Night Before Christmas” painted a different picture of Santa: It created a cheerful, chubby, rosy-cheeked, white-bearded man with a taste for cookies and milk:

“He had a broad face and a little round belly, That shook, when he laughed, like a bowl full of jelly. He was chubby and plump, a right jolly old elf, And I laughed when I saw him, in spite of myself. A wink of his eye and a twist of his head, soon gave me to know I had nothing to dread.”

“The Night Before Christmas” also described a Santa who could magically sneak in and out of homes via chimneys, and it gave Santa eight reindeer, and each had a name: Dasher, Dancer, Prancer, Vixen, Comet, Cupid, Donner and Blitzen.

Then, in 1939, a Montgomery Ward ad man, Robert L. May, invented the ninth reindeer — a very human-like oddball named Rudolph — along with a story about this red-nosed reindeer. The story sold more than 2 million copies for the retail giant.

Today, that Santa and his reindeer live on, an image found in holiday cards, movies, television shows and malls everywhere.

These secular traditions not only continue, they are deepening. Even though our granddaughter, Adelyn, is not yet potty-trained, she is already familiar with both Santa and Rudolph — though when she came face-to-face with Santa last week at an event here in Annapolis, she was less than thrilled by her up-close meeting with this imposing man sporting a white beard, a red suit and a large pack of toys at his side.

But Rudolph, whom she can readily identify, is another story. She easily relates to Rudolph — including through Alexa, Amazon’s virtual personal assistant. When she says, “Alexa, play Rudolph,” Alexa responds obediently with the Autry version.

She plays it over and over — another skill she learned by watching her parents and grandparents. Finally, some adult in the room, needing some peace and quiet, will say, “Alexa. Stop!” Unlike children, Alexa is always obedient.

This year’s experience with a young child has been so sweet — and it also made us understand that, no matter their size or age, little children have huge eyes and huge ears. They watch us closely, seeing more and understanding more than we appreciate. To paraphrase St. Francis of Assisi, “Teach to the world every day. Use words if necessary.”