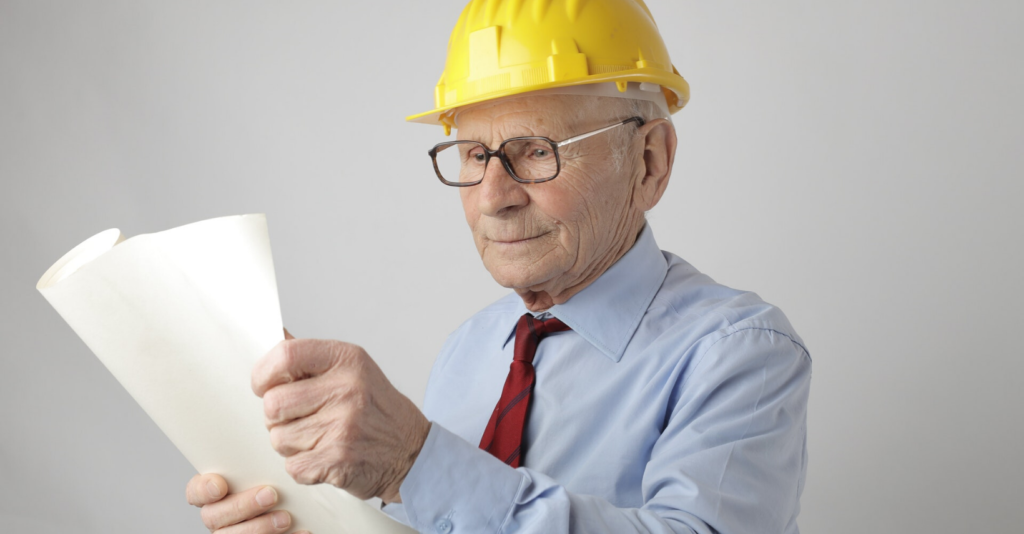 Age-proofing the home is needed for successful aging-in-place

by Phil Burgess, Unabridged from the Life section of the Annapolis Capital, Sunday June 28, 2020

With nine out of 10 Americans aging in place and with more Americans living into their mid-80s and mid-90s, finding ways to create an age-friendly living environment is high on the agenda of aging Americans in every region of the country.

Downsizing or moving to single-level living is one approach.  Renovating an existing home is another.

Whatever the approach to age-proofing – i.e., to creating a safer, more accessible and more convenient living environment for those aging-in-place – these adaptations often require the assistance of a remodeling or renovation contractor.

However, three weeks ago, I encountered a blended, buy-some-and-build-the-rest-yourself approach to aging-in-place preparations when I spent some time with neighbor Dick Schoeller, who turns age 83 in July.

Schoeller has lived alone in his home in the Anchorage community since the passing of his beloved Jessie in 2014, though adult daughter, Donna, drops by frequently to help out when needed.

Schoeller earned a degree in mechanical engineering in 1959, when he moved to Annapolis for a position with the Engineering Experiment Station. For the next 40 years he worked on acoustics to silence US submarines, a technology where the US excelled during the Cold War.

As one of Schoeller’s neighbors teased, “I know he was successful because I have NEVER heard a submarine – not an American one nor a Russian.”

With Jessie’s passing after 53 years of marriage, Schoeller reserved a spot in a local independent senior living facility.

“You have to learn to be a bachelor.  It isn’t fun, but it does fill you with awe and gratitude for all the things your wife did to make things work at home.”

As one of the original residents in the Anchorage on Lake Ogleton, which dates from 1968, Schoeller has wide and deep attachments with neighbors in the community.

“When the community opened for development, the waterfront lots were $15,000.  The rest – water-privileged lots – were $5,000.  Jessie and I didn’t have the money to purchase a waterfront lot, so we moved here, across the street from the community pool and marina.  And we’ve lived here ever since.”

Not just living but also doing.  During his life in the Anchorage since 1968, Schoeller has served as president of the homeowners’ association – not just once, but four times.

Equally important, Schoeller has always been among several men handy with hammer, power saw and other you-name-it tools, ready to fix whatever is broken or add whatever is needed to benefit the community – from repaving the poolside parking lot to planning to assisting with the installation of bulkheads that keep the 235’ community center hillside from eroding into Lake Ogleton.

“I love this community.  Jessie and I raised our three kids here.  We have seen the neighbors come and go, though 16 original owners still live here.  Did you know that?  In fact, several of today’s neighbors are second generation residents, sometimes taking over the home in which they were raised as their parents moved on to ‘the old folks’ home’.”

“So,” he continued, “I didn’t want to leave.  This is my home.  This is my community.  These are my neighbors.  Besides, a couple of neighbor ladies bring me delicious casseroles now and then.  So, I cancelled my independent senior living reservation.”

“But then, about a year ago, I fell and broke my left leg, the tibia.  My kids – not the least my daughter, Dina, who has a Ph.D. in physical therapy – encouraged me to reconsider senior living.  They pointed to the many hazards to navigation around our home just waiting to do me in.”

“That’s when I decided, what the heck, the people who built this home built in the hazards, so I can rebuild around them.”

With that decision, Schoeller decided, first, to change some daily habits – most importantly, to use a walker around the house as insurance against falling.

Second, he planned needed renovations to his home, resurrecting his hammer, power saw and other tools for the many he would build himself.  DIY renovations included:

Third, Schoeller faced a special challenge because he lives in a so-called split-foyer home, which might be spelled STAIRS.  When you enter the home, you enter a foyer where you can walk up six stairs to the upper living area or down seven stairs to the lower living area.

To deal with the “stairs problem”, Schoeller enlisted the advice of his son, David, who researched technologies that could make his aging-in-place with too many stairs safer and more convenient.  His adaptations include:

Schoeller is something of an evangelist – not just for aging-in-place but especially for stair lifts.  Over the past few weeks, he told me several stories of friends who are moving to smaller homes or congregate care because they have multi-level homes they can no longer navigate.  He concludes each story with “That’s an easy obstacle to overcome.  Get a stair lift!  It’s cheaper than a CCRC.  It runs on batteries that automatically recharge, so it works when the electricity fails.  Besides, you can live in the home you love and stay close by your friends.”

Spending just a little time with Schoeller is always inspiring.  His love of family, affection for his neighbors, and commitment to the well-being of his community, reminded me of a paraphrase of George Bernard Shaw’s observation:

“My life belongs to my family and my community, and as long as I live, it is my privilege to do for them whatever I can. I want to be thoroughly used up when I die, for the harder I work the more I live.”