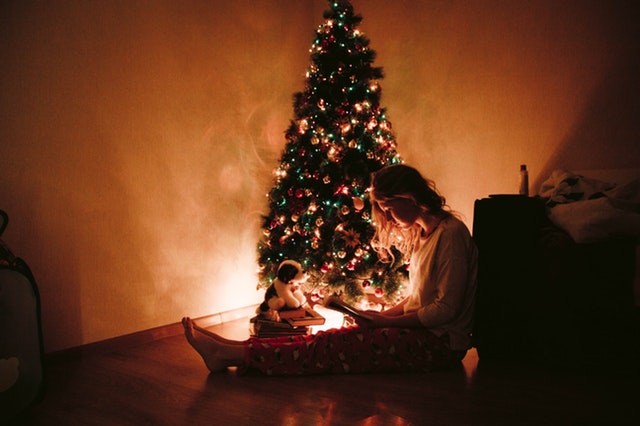 The value of a story is in the telling, even the greatest story ever told

December 23, 2018/Phil Burgess/Comments Off on The value of a story is in the telling, even the greatest story ever told

by Phil Burgess, Unabridged from the Life section of the Annapolis Capital, Sunday December 23, 2018

Among life’s many blessings are opportunities we have to help another realize a dream. We do it all the time, especially with our life partners and our children – everything from enduring faithfulness to a bicycle at Christmas for a hopeful 10-year-old.

Less frequently, but sometimes even with a good friend or protégé, we learn of another’s dream only to find we are in a position to make it happen, like immediately.

I was faced with that opportunity during the Christmas season of 1994-95, when I was privileged to meet and encourage a master storyteller who had a dream to relocate from the Annapolis area to the Rocky Mountain West. It happened like this.

Mary Sue and I had just moved from Denver to Annapolis earlier in the year. As our first Christmas on the Chesapeake Bay approached, we were Christmas shopping, ending up at Homestead Gardens in Davidsonville.

As we stood in line to have our season’s haul tallied by the cashier – Christmas decorations, Chesapeake Bay cultural artifacts and garden accessories – I noticed a rack of Christmas books for sale. It was an appealing display, obviously calculated to encourage an impulse buy by those standing in line to check out. That would include us, as we were queued up to check out.

One, especially, caught my eye. It’s title: Christmas In My Heart: A Treasury of Old-Fashioned Christmas Stories. The cover also included the number three, indicating this was the third volume of a series. At the bottom of the colorful cover I read, “Compiled and Edited by Joe Wheeler.”

Because I’m a sucker for books of any kind, but especially books with stories about “regular folks” with traditional values who’ve made America what it is today, I picked it up and leafed through it. Interesting Christmas stories, indeed. I bought a copy – and a couple of more for gifts to friends and relatives.

When we returned home, I sat down to give my new purchase a closer look.

The blurb on the back cover said, “Here are Christmas stories for all generations, and each will tug at your heartstrings…In fact, only a certified Scrooge could possibly read them dry-eyed.”

Grey – whose best-selling Riders of the Purple Sage is but one of 90 popular adventure novels that idealized the American frontier – is considered the founder of “the Western,” now a major genre in literature and the arts.

I thought, “Why is a guy like Joe Wheeler with such deep interests in the American West living in the Annapolis area?”

Of course, at that time – and for 10 years, from 1993-2002 – I was in the same boat: I was living in Annapolis and commuting every week to my job in Denver, Colorado, where I headed the Center for the New West, a non-profit think tank focused on western political, economic and natural resource issues.

So, after Christmas, I wrote Wheeler a letter. “I recently came across your Christmas book. On the back, I discovered you are a professor of English living in the East while serving as the founding executive director of Zane Grey’s West Society. I am also one who roams the West but lives in the East. Can we meet for lunch?”

Wheeler responded with an invitation to his Pines-on-the-Severn home to have lunch. That’s when I also met Connie, his wife of 35 years in 1995 (58 years now), an accomplished quilter, and a full partner in their publishing enterprise. This luncheon marked the beginning of a 23-year relationship – and counting.

As we talked Wheeler emphasized his desire to retire from teaching. More urgently, he wanted to move to the West where he could continue to serve the legacy of Zane Grey, devote full time to writing and editing annual volumes of Christmas in My Heart and produce books and anthologies with stories of mothers, fathers, children, grandparents and even historic figures, such as Abraham Lincoln.

Wheeler then shared that he had turned down several opportunities to “retire” to a new position in the West because offers didn’t include health insurance.

I thought, here’s an opportunity for the Center for the New West to attract a large talent, so a few weeks later I invited Wheeler to serve as senior fellow for Western Studies. The offer included an office in Denver’s World Trade Center – and health insurance. He accepted and moved to Colorado at the end of the 1996 spring semester, marking his transition to a new life.

For most of the intervening years, the Wheelers have lived in Conifer, Colorado, located in the Rocky Mountains to the south and west of Denver. They have two adult children, including a daughter who lives in Annapolis, and two grandchildren.

This past week, Joe Wheeler sent me Volume 27 of Christmas in My Heart.

This year, like every year since the 2015 birth of our first grandchild, was a handwritten note addressed to “Grandma” and “Grandpa,” revealing that Joe and Connie Wheeler follow our frequent Facebook postings that often include references to granddaughters Addy and Lilly.

Christmas in My Heart, Volume 27, is especially interesting because it is Wheeler’s 100th book, 79 of which have been story anthologies, leading one reviewer to call him “a story archeologist” and another “America’s keeper of the story.” He has published with 16 publishing houses and his book sales now exceed 1.5 million copies.

It’s not only those who write stories who are special. It’s also those who tell stories – from family members gathered around the table at Christmas to the Gospel writers – Matthew, Mark, Luke and John – who penned “the greatest story ever told” about the birth, life, death and resurrection of Jesus, whose incarnation will be celebrated on Tuesday by billions around the world.

As I completed Wheeler’s latest Christmas In My Heart, I found myself reflecting on the origin and course of our friendship and what a blessing his stories have been to our family and friends – and what a privilege it was to be able to facilitate his move to the West where he continues to be productive, advancing the values and memories of the Old West and collecting inspiring stories of Christmas.

American writer and Nobel laureate William Faulkner once said it is the writer’s duty “to help man endure by lifting his heart.” That’s what we do by storytelling, and my friend and former Marylander, Joe Wheeler, is among the best.

Share the post "The value of a story is in the telling, even the greatest story ever told"