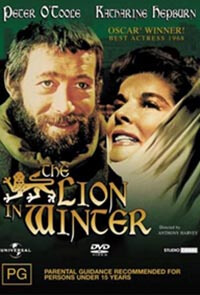 by Phil Burgess, Unabridged from the Life section of the Annapolis Capital, Sunday October 29, 2016

1183 AD: King Henry II’s three sons all want to inherit the throne, but he won’t commit to a choice. They and his wife variously plot to force him.