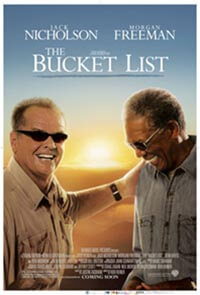 by Phil Burgess, Unabridged from the Life section of the Annapolis Capital, Sunday October 29, 2016

97 min – Adventure | Comedy | Drama – 11 January 2008 (USA)
Two terminally ill men escape from a cancer ward and head off on a road trip with a wish list of to-dos before they die.