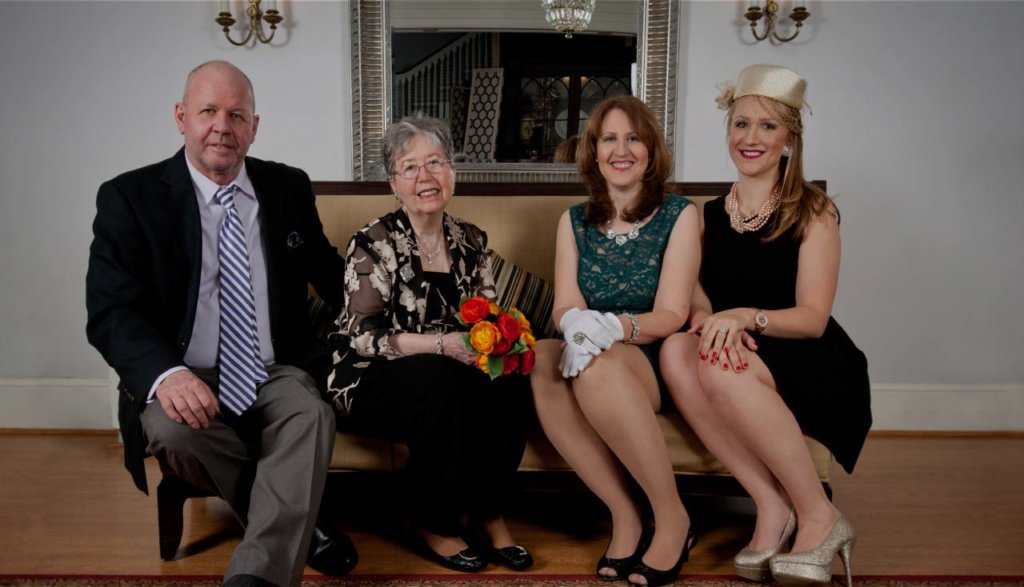 by Phil Burgess, Unabridged from the Life section of the Annapolis Capital, Sunday November 24, 2019

Back in 2017, British demographer and commentator, David Goodhart, introduced the idea of “Somewhere” people and “Anywhere” people – what he calls “the new Great Divide” in the cultures of the UK and US.

Tailoring Goodhart, Somewheres are people deeply rooted in a place; anchored in their beliefs; secure in their family, friendship and neighborhood relationships; and focused on local issues.

Anywheres, by contrast, are people with wide but shallow attachments. They are mobile, have transient relationships and focus on “big” ideas and issues that, in their view, transcend place.

I’m always on the lookout for real, live and authentic Somewhere people, and last week I found one – though I admit they are easier to find among those in their bonus years.

My new Somewhere friend is Nancy White – a witty, smart, determined and totally engaged, longtime resident of Catonsville, Maryland, where she attends a local church and for many years taught a youth group Bible study and cooked for church events.

That was my first hint I was in for an interesting discussion.

White is the mother of three adult children (a fourth daughter passed at age 13, a casualty of epilepsy), grandmother of four, and great grandmother of five – with one more on the way next month.  All members of her extended family live in Maryland – from Annapolis and Columbia to Pasadena, Ellicott City and others close to her home in Catonsville.

“I’m blessed to have all my family nearby,” she said.  “It doesn’t happen that much these days.  We have such a nomadic society.”

White and husband Jim, an engineer who designed bridges for the Maryland State Highway Administration, were married for 54 years before his passing in 2004.

“We had a wonderful marriage – though it joined an unmovable object with an unstoppable force.  For Jim everything had to be right because – as he would say – if you don’t think that way, bridges fall down.”

White’s entrepreneurial life is one focused almost totally on family, community and a local service business.

After early success in a job selling World Book encyclopedias door-to-door and then teaching sales classes twice a week, Field Enterprises offered her a job with World Book in Chicago, but she turned it down.  Husband Jim was just starting his job with the state and their own parents were getting up in the years.

White grew up in New York and Washington and found early delight in cooking.  “I learned to cook French and Italian at home from my parents, immigrants from France and Italy.  I learned country cooking from my Eastern Shore mother-in-law – everything from lump crab to fried green tomatoes.”

White’s love of cooking and gift for hospitality quickly morphed into a calling when she began cooking for church events. “It was a good place to start because the church had a nice kitchen and I would get a lot of feedback from the ‘customers’ about my culinary offerings.”

One day in 1983, a fellow churchgoer asked White if she would prepare and deliver dinner for a private event – and offered to pay her for her culinary and catering services.  That marked the beginning of Whitehouse Caterers, founded later that year by Nancy and her son, E.J. White.

Whitehouse Caterers – now employing the White family’s third generation – is located in Catonsville’s historic 19th century Overhills Mansion, which White saved from being torn down, a restoration initiative led by son E.J. who has a longtime interest in historic preservation. The mansion is now one of the area’s premier historic destinations for weddings and other celebrations.

When I visited White, she was on a walker owing to a recent fall, causing a hairline fracture of her pelvis and temporary disability.  When I asked how she was doing, she said, “When new doors open, you walk through them.  This is just another door, and I’m walking through it.  I was in a wheelchair a few weeks ago.”

Then she added, “One thing’s for sure.  I’m not going to a nursing home.  I had home care for a period, and they helped me arrange things so I can operate on one level – from my bedroom to the bathroom to the kitchen to the dining room.”

When I asked whether she had one of those “I’ve-fallen-and-I-can’t-get-up” necklaces, she said she didn’t – but quickly added, “I do have the comfort of a live-in, Shoshana Williams, who now works in a physician’s office and lives in the finished lower level of my home.  She is the adult daughter of longtime friends who moved to Israel 25 years ago.”

Then she added with a twinkle in her eye, “She won’t be here forever, but neither will I.”

White said she grew up expecting to be an Anywhere person, “but I settled here.  Our children left for other places, but when other doors opened here, they also came back.”

As if to prove her point, a nearby table contained an unopened copy of her 2019 college sorority directory.  “That was then,” she said.  “I majored in the arts, but I decided I didn’t want to be a starving artist, so I switched to interior design, a move I’ve never regretted.”

Indeed, the family’s commitment to place began with helping to advance desegregation in the 1950s to current activities, such as gifting leftover food to area food pantries.

When I asked her how she sees the future, White said, “Everything has a beginning, a middle and an end.  You know the beginning, but the rest you take as they come.  I love my life.  I am now tutoring English for those who have English as a second language. I love having my family nearby, and I have many friends – though a some have gone to Florida and a few have gone to glory.  But I’ve lived in one place long enough to make what the kids call BFFs (best friends forever).”

I knew my time was up when she disappeared into the kitchen and returned with some fresh cookies.  “Take them home.  You’ll enjoy them.”  It was a pleasant “goodbye” – garnished in Whitehouse hospitality.