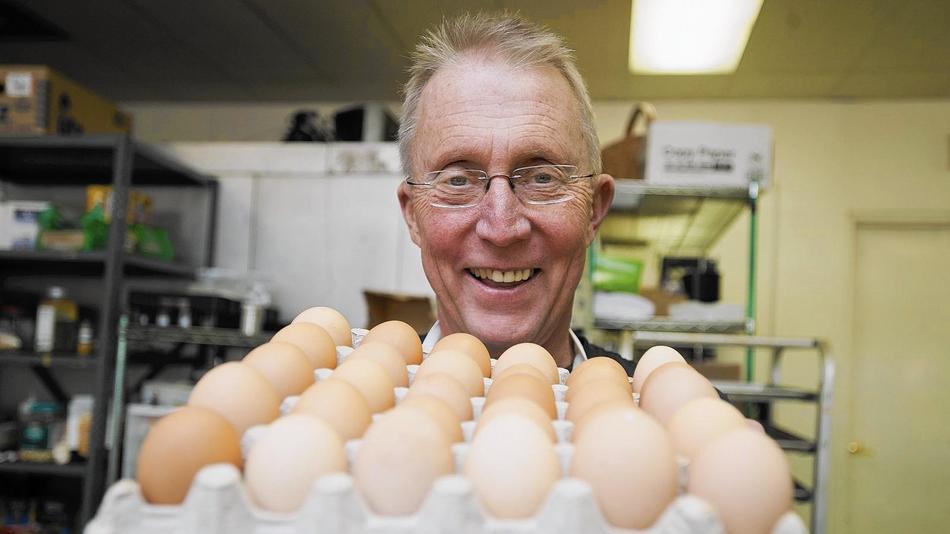 Retirement can be an experience with many chapters

June 17, 2018/Phil Burgess/Comments Off on Retirement can be an experience with many chapters

by Phil Burgess, Unabridged from the Life section of the Annapolis Capital, Sunday June 17, 2018

Annapolitan Craig Sewell is, to my way of thinking, a poster boy for the way many of us will spend our bonus years: in serial retirements that reflect life-long passions.

I first met Sewell in the summer of 2012 when I used this space to write about The Cook’s Café where he was the owner-operator of the “farm-to-plate” eatery and catering service, located across from the Annapolis Mall.

Sewell, then in his early 60s, was the creative chef of the café but he was also the energetic teacher of popular cooking courses that he taught in the café’s large, modern kitchen, attracting people of all ages aspiring to use locally-sourced foods.

More importantly, he was also a convert to human-scale, decentralized and “appropriate technologies,” a view – and social movement – stimulated by E.F. Schumacher’s 1973 book, “Small Is Beautiful: Economics as if People Mattered.”

According to Sewell, “I was heavily influenced by Schumacher, especially his idea that ‘any intelligent fool can make things bigger [and] more complex… It takes a lot of courage to move in the opposite direction’ which to me means smaller, simpler, sustainable, human scale and closer.”

“Put in context,” he said, “while others talk of meat-eating carnivores, plant-eating herbivores, and eat-anything omnivores, I’m a ‘localvore.’ From the start, I’ve been part of a growing movement that strives to deliver foods – meat, veggies, fruit, dairy products (you name it) – that are locally produced. That’s exactly the strategy I used for sourcing food for The Cook’s Café.”

But in the spring of 2017, Sewell placed a “for sale” sign on The Cook’s Café. When I asked why he had decided to retire, he said emphatically, “I’m not retiring. My wife and my daughter – Sewell has three adult daughters and four grandchildren – were after me to ‘slow down.’ I’ve since agreed it was time to find a less taxing way to advance the local-sourcing and the farm-to-table movements. That’s still my mission.”

Fast-forward to this past week. Sewell and I went to dinner so I could ask him about his new life.

“After closing the café,” he said, “I went to work for Longwood Gardens, outside of Kennett Square, Pennsylvania, on the way to Philadelphia. Longwood is one of the most insanely beautiful places on this earth.”

My job at Longwood allowed me to move upstream – from food on the table to nurturing plants. It was a great opportunity to learn – and also to smell the roses, which is hard to do when you operate a café and catering service.”

After a year at Longwood, a friend told Sewell of a job opening at the Southern Maryland Agricultural Development Commission. SMADC’s mission is to support farms and the future of agriculture in the five counties of southern Maryland – Anne Arundel, Prince George’s, Calvert, Charles and St. Mary’s.

According to Sewell, “By the mid-1990s, many farms were shuttered in response to the sharply-declining market for tobacco. SMADC was created to help maintain the profitability of small family farms by helping affected farmers to move into new kinds of farming. That’s where my job – as a marketing and livestock specialist – comes in.”

Sewell is learning about the livestock and the values of the people who raise livestock. In return, he lends his expertise on how to move the livestock from the pasture to the dinner plate. His current priority is to make sure a USDA-certified slaughterhouse is constructed in one of the five counties, which will then make possible the local-sourcing of meat.

Sewell is clearly loving his new upstream job. He said, “When you go into Amish country, which I do every week in St. Mary’s County, it’s like going back 100 years – not in awareness but in the farming techniques they practice, most of which are pretty impressive. When you get farmers on their land talking about what they do, they glow. Their faces change. It’s astonishing.”

I could say the same about Craig Sewell. When he talks about this third variation in his life-long commitment to working in the farm-to-table chain, his face glows.

When I asked him what’s next, he replied without hesitation. “I am so moved by the values and work ethic of the farmers I work with – and their families. So my next project is to join with a professional photographer to create a coffee table book of the “faces of farming in Southern Maryland” – also to include meeting the grass-fed and grass-finished cows and pigs, seeing the many facets of the environment such as the woods and streams and the Bald Eagle nests. We still have these treasures. We need to share them, especially with urban folks who spend so much time in traffic jams.”

As we departed, I thought of the words of the American poet, Maya Angelou, “My mission in life is not merely to survive, but to thrive; and to do so with passion, compassion, humor, and style.” Those words surely describe Sewell’s life of continuous learning driven by his mission to make healthy, fresh food available to everyone by a process that is, in his words, “smaller, simpler, sustainable, human scale and closer.”