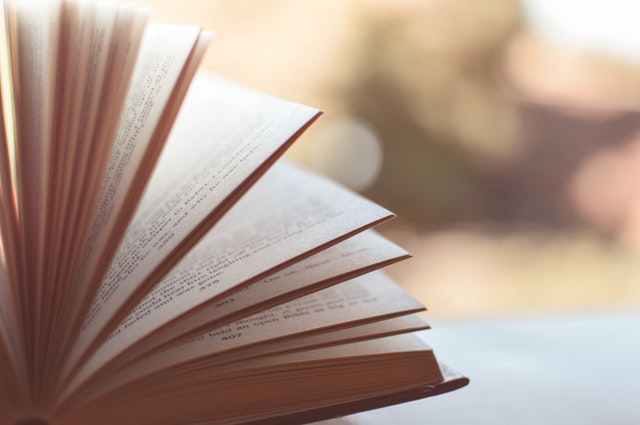 by Phil Burgess, Unabridged from the Life section of the Annapolis Capital, Sunday June 10, 2018

Last December, just before Christmas, I read a retirement story in the Capital about Michael Parker, a US Naval Academy English professor, due to step aside after 38 years on the Yard.

A notice that someone is about to retire always catches my attention. However, buried in the Parker story was an added attraction: It revealed the award-winning teacher had developed and taught a course called “Literature of Death and Dying.”

That immediately whetted my appetite. After all, dying and death are the end game of the bonus years – and, by definition, those with first-hand knowledge about the subject are few and far between.

The only exceptions would be those who claim to have had a “near-death experience” – now so frequent as to be called “NDEs” in the technical literature on death and dying.

So, I decided to contact professor Parker directly to see if we could talk. He agreed, and nearly six months later we met at my “office” in the coffee shop of Barnes & Noble at Harbour Place.

Parker, now six months into his retirement as a civilian member of the USNA teaching staff, was born in Washington, D.C. in 1953. He earned his undergraduate and graduate degrees at Yale University, culminating with a Ph.D. in English in 1979.

While teaching at the Naval Academy, Parker was deeply engaged in academic leadership and governance. Over time, he served on most committees and in nearly every role essential to the self-governance of an institution of higher education – including chair of the department of English for four years (1993-97) and chair of the Civilian-Faculty Affairs Committee, now known as the Faculty Senate.

For more than 30 years, since 1986, Parker served as president of the foundation that awards the Wilson L. Heflin Prize to the midshipman who has shown the most leadership in the humanities. Heflin (1913-1985) was the biographer of Herman Melville’s whaling years, experiences that formed the basis of his classic Moby Dick.

Parker has also been exceptionally active in Annapolis civic life – including the Providence Center (where he also served on the Board), the Lighthouse Shelter, the city’s Compensation Commission, the Design Committee for West Street, the Annapolis City Committee of the Maryland Historical Trust, and the Annapolis Bicentennial Committee, which he chaired.

An authentic one-man “town-gown” ambassador, the citizen-professor has been especially active in Presidents Hill, the neighborhood where he lives and where he has twice served as president of the community association. Among his many neighborhood achievements, Parker penned, President’s Hill: Building an Annapolis Neighborhood, 1664-2005.

According to Parker, “This book traces the growth of one of Annapolis’ most vibrant neighborhoods from the original 17th century land grants to its development as a residential neighborhood at the turn of the twentieth century – and once home to three of the city’s most prominent families: the Brewers, the Tucks and the Munroes.”

Our discussion of history brought us back to his teaching English at the Academy. Though only a few of us are likely to think of Naval officers – future leaders manning highly-technical platforms from drones to submarines – as majoring in English or political science, the fact is some do. Examples abound, including former Navy Secretary John Lehman, who majored in international relations and Admiral James Stavridis, an Academy English major who served as NATO Supreme Allied Commander and now sits as dean of Tuft’s Fletcher School of Law and Diplomacy.

When I asked Parker why offer a course about death and dying at the US Naval Academy, he said, “They are universal themes in literature and timeless issues that everyone thinks about. They were especially salient to Midshipmen when I taught the course – in 2006 and 2014 – because the US was heavily involved in fighting wars in Afghanistan and Iraq. Nearly everyone in my classes had former classmates in a war zone. That tends to bring these kinds of issues to the front of the mind.”

For the next hour or so, Parker put on his professorial hat and walked me through the death and dying course syllabus designed “to investigate how Western writers…portray death and the afterlife…” and to use insights from fields such as medicine, history, psychology and religion to shed more light on the subject.

Our views about death – natural, accidental, suicide and homicide – are very much a product of our culture and much more fluid than we might think. According to Parker, “Even within Western culture, there have been major changes over the past thousand years in the way we view death and the dying.”

Parker continued, “These cultural shifts were first addressed in the early 1970s by French historian Philippe Aries in lectures delivered at Johns Hopkins University. His lectures were published in a pioneering 1974 book, Western Attitudes Toward Death from the Middle Ages to the Present.”

In the present era, Aries notes that death is increasingly viewed as a failure of medicine – rather than a “natural” event. Moreover, dying more often occurs in a hospital driven by protocols and surrounded by medical staff – and often hospice assistance – rather than at home surrounded simply by family and friends.

The increasing popularity of cremation is viewed by some as another indicator of a protocol-driven death.

We have a growing literature – from theology and the social sciences to medicine – that addresses the process of dying. One of the most widely-read, based on direct observation, suggests that those dying experience five stages of grief – denial, anger, bargaining, depression, and acceptance – a view advanced by psychiatrist Elisabeth Kübler-Ross in Death and Dying (1969).

Others use humor. Film writer and actor Woody Allen said, “I’m not afraid to die. I just don’t want to be there when it happens.”

Many writers view death as just another of life’s transitions – such as science fiction writer Isaac Asimov, who wrote, “Life is pleasant. Death is peaceful. It’s the transition that’s troublesome.”

Others view death as a fading, not as an end but more like an interlude before another life.

For some, like poet Emily Dickinson, death is like a gentleman caller who takes her out for a country drive: “Because I could not stop for Death / He kindly stopped for me / The carriage held but just ourselves / And Immortality.”

John Donne, a 17th century poet and English cleric, often addressed end-of-life issues. In this era of interdependence, his 400-year-old poem questioning isolationism resonates today: “No man is an island / Entire of itself, / Every man is a piece of the continent, / A part of the main. / If a clod be washed by the sea, Europe is the less… / Any man’s death diminishes me, / Because I am involved in Mankind, / And therefore never send to know for whom the bell tolls; / It tolls for thee.”

Edmund Waller, the 17th century English poet and politician – whose works Parker is editing for Oxford University Press – revealed his faith in the afterlife when he wrote of the dying, “Stronger by weakness, wiser men become, / As they draw near to their eternal home. / Leaving the old, both worlds at once they view, / That stand upon the threshold of the new.”

Mike Parker, himself, seems to share this confidence, characterizing death as “the great final adventure – something to accept and look forward to rather than fear and shun.”
Thank you, Professor Parker, for reminding of us of the oneness of our life and death, even as our views of dying and death are ever changing.