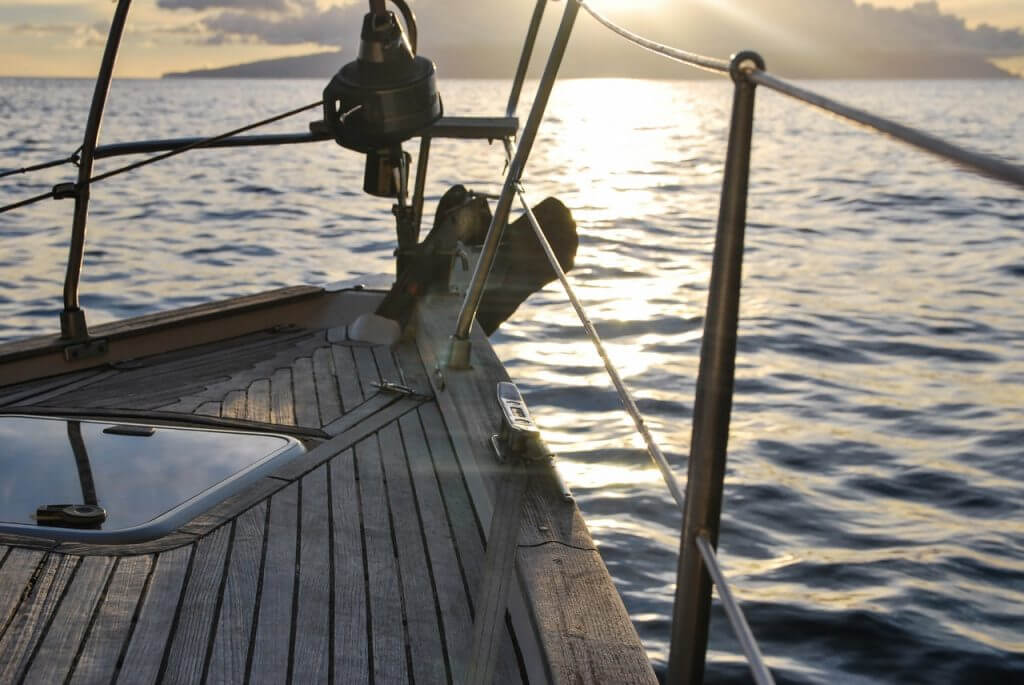 Aging boomers may have new ways to keep on sailing

October 15, 2017/Phil Burgess/Comments Off on Aging boomers may have new ways to keep on sailing

by Phil Burgess, Unabridged from the Life section of the Annapolis Capital, Sunday October 15, 2017

Last week I devoted part of an afternoon for my annual sprint through the U.S. Sailboat Show in Annapolis. Little boats (but not many), big boats (mostly) and floating condos (a.k.a. catamarans) were in abundance — plus all kinds of gizmos and assorted stuff for sale to enhance the boating experience.

I wouldn’t miss it. The sailboat show, for many, is a time to kindle dreams and fantasies. Sometimes they even come true.

I was on my final lap this year when I saw this beautiful little sailboat in the water. It was a Malbec pocket cruiser, 18 feet long and a Sail magazine Boat of the Year nominee.

The Malbec 18, designed by an Argentinian but manufactured in California, looked like the mouse that roared among all the 45- to 60-foot vessels that were resting in the vicinity.

Though it was refreshing to see a sailboat affordable for younger boaters and those with a tight budget, it caught my attention because it’s also small and simple to operate. That means it’s perfect for older sailors, especially those who might be considering a switch from sail to power, as their larger sailing vessel gets too big to enjoy.

Climbing around to haul heavy sails, adjust the go-fasts or recover an anchor becomes more like work and less like fun once you round the mark of your 60th year.

A few years ago, The Washington Post reporter Darragh Johnson described aging sailors who switch to power as “transvesselites.” So, when I saw the Malbec, I thought of aging sailors and how their sailing years might be extended by this easy-to-manage little sailboat.

That’s when the man in charge of the exhibit came around. His name: Ken Lange.

When I asked him, “Who manufactures this little gem?” he answered, “I do.”

Lange told me a fascinating story of how a man approaching later life transformed a life-long passion into a bonus years business.

Lange was born in Yonkers, New York, in 1952 and raised in the seaside town of Mamaroneck, New York. “I started sailing when I was 10 years old and I’ve been racing and cruising sailboats since. My passion for sailing only deepened with each passing year,” he said.

However, Lange also had to make a living, so he pursued his interest in design at Philadelphia’s University of the Arts, where he focused on ergonomics, how people can work together most efficiently and related elements of industrial design.

After graduation in 1976, Lange opened Studio by Design — first in Port Chester, New York, and later in the trendy SoHo area of Lower Manhattan, joining other designer boutiques, fancy chain stores and high-end art galleries, where he launched a successful career in the design of furniture, especially office furniture.

During this period, he performed commissioned work, including projects for individuals as well as enterprises. He developed so-called Smart Office Solutions working with Teknion and other major commercial office furnishing manufacturers — and along the way won the Ready-to-Assemble Award from the Institute of Furniture Manufacturers.

But seven years ago, everything changed. Lange describes it this way: “As I prepared to celebrate my 58th birthday, I realized 60 was just around the corner. And then retirement. And then what?”

He continued, “I knew I didn’t want to retire. I also knew that my satisfaction from designing furniture was waning. So I decided to turn my life-long passion for sailing into a bonus years business.”

A few months later, in 2010, Lange sold his design business and purchased International Marine, the well-established, 50-year-old California-based manufacturer of a small, trailerable sailboat, the West Wight Potter where the moniker was “Building your adventure … just add water.”

Potters came in two sizes, the Potter 15 and the Potter 19, and for 30 years were regular prizes on the popular CBS game show, “The Price is Right.” The CBS contract created an annual market for as many as 15 sailboats plus lots of free national advertising. Later, Lange added a third trailer-sailer, the Sanibel 18. And then the Voyager 20.

Named for their length, each model included a cabin with berths for over-nighting. They were easy to rig and launch, and could be parked and stored in a typical garage.

In 2015, Lange sold International Marine and the Potters to Chinese investors, applying the income from that sale to create a new company, Ventura Sport Boats. His first boat was the Malbec 18, which he showed and sold at last week’s U.S. Sailboat Show.

As we talked, Lange showed me pictures of a new boat he has designed that is already in production. It’s called the Ventura 23 — a larger trailersailer with sleeping berths, a marine head, galley and most of the “camping” amenities of a larger boat. It will be shown at next year’s boat show.

“I love product design and development,” he told me. “I designed this boat especially for young millennials and aging boomers.”

The Ventura 23 has an important feature not found on the Potters or the Malbec. The Ventura 23 is not just a trailersailer; it is also a powersailer. The boat is designed with water ballast (instead of a heavy keel) for stability when sailing. However, when the sailor wants to go fast, he lowers the sails, drains the water ballast and pushes the “start” button on a 50-horsepower Yamaha, Honda or other outboard of choice, giving the skipper the option of a planing power boat that will top 20 mph.

“Now you’re talking my language,” I said. “You’ve designed a boat for bonus years sailors, a small, easy-to-handle and versatile boat that’s also a good sailing vessel and a good power boat — unlike the traditional motorsailer.”

Lange put it this way: “Retiring boomers have cash and time. They are living longer and healthier. The trailering-sailoring-powering approach has huge benefits. It reduces storage and slip fees. It allows for multiple locations and seasonal opportunity to explore other places. This is the perfect recreational vessel — a new kind of RV.”

Lange added, “Because it’s trailerable, the Ventura 23 can also serve as a camper on road trips, and snowbirds can take it with them as they go south for the winter.”

Lange’s love of building and sailing boats is palpable. He said, “If you like building things, there is nothing so cool as sailing a boat you have built. It’s unbelievable. It’s awesome.”

Lange, who lives on a Jeanneau 35, is now on a roll. “When you’re on the water you are in a different world. It’s euphoric. When you have a boat, you not only have waterfront property, you have access to that other world. Our lakes and oceans are our last great, largely unrestricted areas — even better than Yellowstone. Freedom reigns on the water.”

He continued, “I’m now 65. I loved designing furniture. But I really love designing, producing and selling boats. Why? Because when you sell a boat, you almost always make a new friend.”

Ken Lange is a living example of the adage found in the ancient Scriptures — modernized for our purposes here: “They still bear fruit in their bonus years; they are ever full of energy and new ideas.”