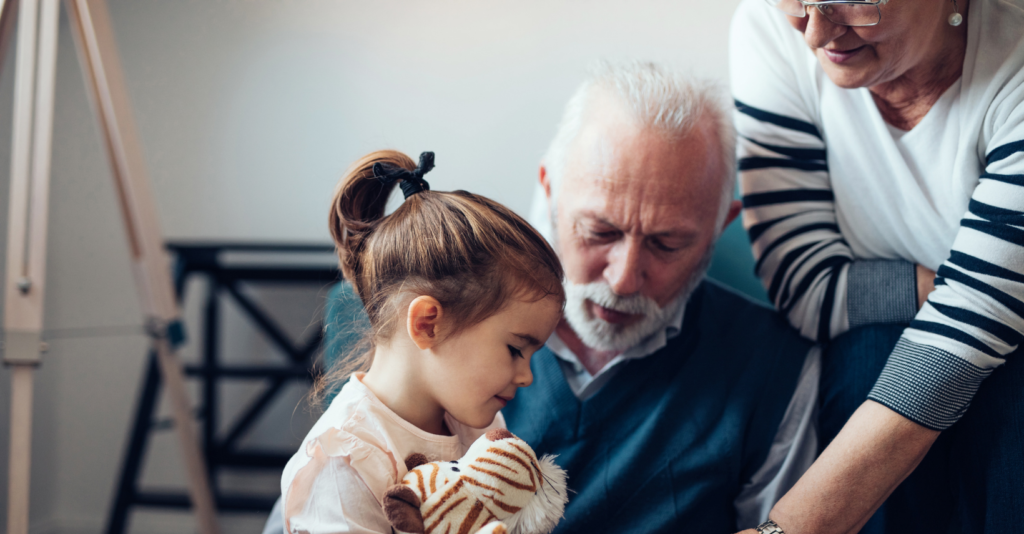 Grandchildren have been the greatest joy among the disruptions of 2020

by Phil Burgess, Unabridged from the Life section of the Annapolis Capital, Sunday December 13, 2020

As we approach the end of 2020, many I talk to are saying this year can’t end too soon.

And for good reason.  The year 2020 has been filled with a lot of noise and friction we would like to forget.  An ugly impeachment. A one-of-a-kind presidential election.  Unprecedented and deadly forest fires that erupted across the American West.  An airborne pandemic – a novel coronavirus, the deadliest of the past 100 years – swept the world, while infecting more than 15 million Americans and killing more than 285,000, with more to come.

The effects of the coronavirus have devastated many of our nation’s families and small businesses, but especially those in their bonus years who have absorbed more than 80 percent of the deaths.

But it’s not all gloom and doom, not even for most of those directly affected by the disruptions and lifequakes of 2020.

We are blessed to live in a great nation with a strong civic order – i.e., a civil society dominated by private enterprises and civic institutions such as houses of worship, neighborhood associations, service organizations, and tens of thousands of voluntary associations.

When I think about the year just ending, like others, we’ve experienced economic and social disruptions.  However, the first memories of the past year that flash across my mind are ongoing experiences as grandparents to Adelyn, age five, and Lillian, age three.

I love being a grandparent.  Grandparenting is certainly among the greatest joys of my bonus years, and something I share with my wife and my adult children, including the parents of our two grandchildren.

Because our grands live close by, we see them often, and it’s not unusual to have them for at least part of a weekend, which is a delight for us and a respite opportunity for their parents.

When the grands are around I’m often  reminded of the late Art Linkletter, one of the pioneers of talk radio.  Those in their bonus years will remember “House Party”, a live talk show he hosted on CBS for 26 years, five days a week, and later on, his “Kids Say the Darndest Things” which ran for 19 years.

Kids do say the darndest things, so as our grands began to talk, I started to keep a journal of their utterances.  Some are pretty good.  Here are a couple that helped brighten the year 2020 for me and Mary Sue.

A few months back, in October, as I was helping three-year-old Lilly wash her hands, she looked at me and said, “You are old.  You are going to die.”

When I asked her how she knew that, she told me about a lady who was old and who had died.

So, when I asked, “What lady are you talking about?” she said, “Ruth Bader Ginsberg.  She died for all of us.”

I said, “Lilly, that sounds like Jesus.”  She said, “Yes, Jesus died for everyone, but so did Ruth Bader Ginsberg.”

Then I asked, “Did your mother tell you that?”  “No, my momma sent flowers.”

I thought, “Where’s Art Linkletter when I need him!”  This was not only funny to the bone, it showed the enormous influence of parents (and grandparents) as well as the media in the socialization of children.

This utterance was important for another reason: This was the first time either grand has mentioned death – at least that I’m aware of.  Just matter-of-factly, not with any fear or remorse.

Another. Just before Thanksgiving, on November 19, Mary Sue and I took the girls to Homestead Gardens in Davidsonville to see the Christmas decorations, including the multi-level layout of operating model trains and spectacular scenery.  We arrived late in the afternoon, shopped around, watched the trains, admired all the greenery, and bought a few things.

As we were preparing to leave for home, the sky was dark and we could see the new Moon, a beautiful view with all the surrounding trees and decorations.  I pointed to the silver sliver of the  Moon and said, “Look!  There’s a fingernail Moon!” After all, that’s what we’ve called a new Moon in our family for at least three generations.

Five-year-old Adelyn said, “Papa, that’s not a fingernail Moon.  That’s a Crescent Moon.  Didn’t you learn about Moons when you were little?”

Though I was aware that the girls are allotted only so much “screen time” a day, I soon learned that even that small allowance is divided between entertainment screens (such as Angelina Ballerina, Paw Patrol, and Frozen) and educational screens – such as Dr. Binocs, Wild Kratts and, of course, Sesame Street.

Since that evening when I revealed my ignorance of the Crescent Moon, I am now frequently tested by my learned grands, probing to see just how much I really do know.  These tests have included quizzes on the major bones of the human body, the animals of the ocean, and the names of the planets in the solar system – including whether Pluto is really a planet.

One more. We recently experienced a “know your flags” incident.  From time-to-time, we have house guests from other countries.  When we do, it’s our custom at mealtime to display a table-top American flag along with the national flag of our guests’ native land.

A few weeks ago, Lilly was playing in my home office while I was working, and she picked up two desk-top flags from my bookcase – an American flag and an Australian flag.  She said, “See this flag?  This is a ‘Marycan’ flag.  It’s my flag.  This is a British [sic] flag.  We beat them in a war.  But now we like them.”

All this served to remind me that while politics and forest fires affect our lives, nothing is more important than family and especially the upbringing of little children.  As Louis Armstrong used to sing: “I hear babies cry, / I watch them grow / They’ll learn much more / Than I’ll ever know / And I think to myself / What a wonderful world.”

So, despite the trials and tribulations of 2020, we should not discount the many blessings that come from aging in America, especially our many opportunities to help shape the next generation.