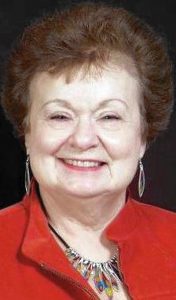 Even an unexpected journey cannot detour a purpose-driven life

by Phil Burgess, Unabridged from the Life section of the Annapolis Capital, Sunday October 25, 2015

Long-time friend, Andy Borland, the esteemed former athletic director of Severna Park High School, called one day, “You must talk to Brenda Schoener!  She’s an amazing woman who has done so much for our community – and a wonderful example of the kind of people you write about in Bonus Years.”

So I called Brenda to see if we could get together.  When husband, Terry, answered the phone, he suggested a meeting at their home because Brenda had been “under the weather.”

When I arrived, both Brenda and Terry were like spark plugs – bright, cheery, hospitable and keen to talk about life in Severna Park – and the living presence of SP’s Woods Memorial Presbyterian Church, where Terry served as head pastor for 27 years before retiring in 2006.

Brenda Schoener was raised in Cleveland and Terry hails from Pittsburgh. They met, were friends and then sweethearts at Muskingum University, also the alma mater of astronaut John Glenn.  Both Brenda and Terry later earned post-graduate degrees – Brenda in education and Terry in theology.

Brenda said, “I’ve been blessed with 75 amazing years, including a marriage of 54 years. We have three remarkable children, six married grandchildren and now one great grandson.

As they served in several Ohio churches, including Cleveland’s inner city, both Brenda and Terry were deeply involved in the 1960’s civil rights movement.

When Brenda was eight months pregnant, Terry was in Mississippi helping with voter registration.  When Dr. Martin Luther King passed through Cleveland, he used Terry’s office for meetings and the church sanctuary for press events.

In 1979, they moved to Severna Park where together and individually they sparked the exceptional growth and expanding mission of Woods Presbyterian.

Brenda said, “The churches we have served have always allowed me to do what I love to do, which is teaching and helping children.”

She continued, “If you love people you can be accepted in any role you want to play.  It’s like the old saying: ‘People don’t care what you know until they know that you care.'”

After 43-years, Brenda retired from teaching at age 65, but she hardly retired from life.  In fact, her “retirement” event really marked a series of new beginnings.

First, she went back to work as a Right Start adviser, where she devoted another four years mentoring first- and second-year teachers.

She volunteered with the Literacy Council of Anne Arundel County.  She told of tutoring a man, age 75, who grew up in this area, never attended school, couldn’t read or write, couldn’t find the US on a map, and didn’t know the world was a sphere.  But he was highly motivated to learn to read.  The catalyst:

He wanted to be able to read mail from his kids.  “He wanted to meet in a public place, so we met in the library.  He learned to read.”

She packed for Meals on Wheels one morning a week and volunteered with the Caring Collections studio to create and then sell stained glass angels and other artwork raising more than $1.0 million to benefit oncology patients at Johns Hopkins in Baltimore and the Anne Arundel Medical Center in Annapolis.

But Brenda was most animated as she described the work of Backpack Buddies, which arose from a conversation with Faye Daniel, a dear friend and principal at Tyler Heights Elementary School in Annapolis.

Faye and her husband, Bill had dinner Thursday nights with the Schoeners at the old Woodfire restaurant on Ritchie Highway.  One evening, Faye revealed that many of her students come to school under-nourished after a long weekend away from school lunches.  That night Brenda and Terry committed to establish a non-profit called Backpack Buddies of Anne Arundel Co., Inc.

It works this way.  Schools identify children at risk of not being properly fed over the weekend. The Schoeners find a sponsor for each child. “Every Friday,” according to Brenda, “we enlist a team of volunteers – Backpack Buddies – to go to school to pack seven meals of nutritious food and other necessities for the weekend, serving about 60 at-risk kids.”

Many other groups and literally hundreds of volunteers contribute:

“Just as important as ‘things’ Backpack Buddies meet with ‘their’ kids from time to time.  Each youngster in the Backpack program is fussed over in so many ways,” Schoener said.

Example: Sponsors often insert personal notes and presents when birthdays and Christmas come around so children know there is a caring adult out there thinking of them.

Another: School-sponsored field trips often have fees that many can’t afford.  But we have a policy: No kid is left behind. In fact, relationships with youngsters often continue even after they have graduated from the program.”

Brenda added, “We are able to say ‘yes’ when there’s a need because we get broad support from the community.” For example, Christ’s Child Society, a group of Catholic women, sends us a check for $500 each year, providing the cash needed to cover costs like field trips. Rotary has supported us in placing kids in summer camps and programs.”

Brenda says, “It’s a gift and pure joy to be able to this.  Faye Daniel named the problem and Terry and I started this program five years ago.  Faye became ill that October and died that Christmas eve.  She was a transformational leader.  She certainly transformed the lives of everyone who has touched or been touched by the Backpack program.  How many of us have done that?  Her life is such an inspiration.”

As I was about to wind up our discussion, Brenda said, out of the blue and without affect, “Do you know I’m dying?”

“Well, I am.  I’m now in home hospice.  I have anaplastic thyroid cancer.  That is the least common and most deadly of all thyroid cancers.”

“But,” she said, “I am blessed in so many ways.  I have my husband, my friends and neighbors and my church so I can say my good-byes and my gratitudes.  If you stop and think about it, it’s a real blessing to know in advance when your time is up.”

Brenda continued, with a strong and steady voice, exuding a sense of peace that comes with deep  faith, a purpose-driven life and unwavering support from loved ones, “I want you to know I am not worried the least about Backpack Buddies.  It survived the passing of my best friend Faye Daniel.  It will continue after me as well, and that is a source of great comfort to me.”

I asked, “Brenda, why did you tell me this?”

She answered, “Terry and I concluded that we should not wait till the end to talk about life’s lessons.  We should talk about them now, while I can.  It has prompted my friends and family to also share deeply with their dear ones the legacy they see in them. Everyone is enriched when they learn of their significance to you.  At some point you won’t be able to tell them, so tell them now while you can.”

Brenda said, “I’ve had 75 perfect years.  Hospice keeps me pain and worry free so I can enjoy my friends and family members as they come and go.   I am not afraid. I am joy-filled. I will not struggle.  I will be at peace.”

Brenda added, “Being liberated from chemotherapy these past three weeks has been wonderful.  To feel good again is a delight.  I have energy, joy and a renewed sense of purpose.  It’s an absolute joy to be alive and to be free and able to speak about what it’s like to die.”

She continued, “My granddaughter called to talk about my legacy, and we talked for an hour.  How many can do that, knowing the end is near?”

“I wish I weren’t dying.  I would like to spend more years with Terry and with my children and grandchildren.  But that’s not to be, so I am thoroughly enjoying the present, seeing lots of people, selecting books and artifacts that others should have and wrapping birthday presents for 2016.  In the meantime, everything I have always believed is becoming real.”

As I drove home after this amazing encounter with two lovers, partners and people of deep faith, I thought of verses from Scripture and Shakespeare, Emily Dickinson and Kahlil Gibran.

But one seemed most to capture the essence of this amazing woman who has given so much of her life to children. It was Dr. Seuss, who said, “Don’t cry because it’s over; smile because it happened.”