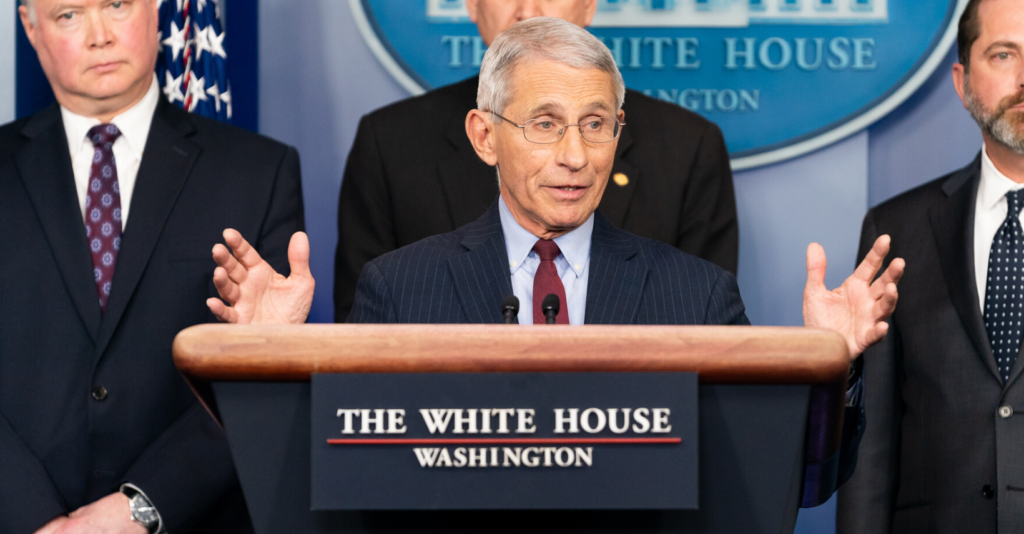 Dr. Fauci’s knowledge and authority show value of age and experience in pandemic management and messaging

by Phil Burgess, Unabridged from the Life section of the Annapolis Capital, Sunday March 29, 2020

How old is old?

After spending another week in isolation but observing the daily reports of the White House coronavirus task force – and especially the remarkable leadership of Dr. Anthony Fauci (age 79), the public face of the federal government’s response to the coronavirus pandemic – it’s noteworthy that people aren’t questioning the advanced age of this physician leading our government’s effort to conquer this viral menace.

I’ll bet Bernie Sanders, 78, Joe Biden, 77, and Donald Trump, 73, wish the public’s indifference to the age of our public health leadership could spill over onto the political canvas as we approach the November presidential elections.  But that won’t happen. Despite Ronald Reagan’s refusal to make Walter Mondale’s age an issue in his 1984 re-election, age is nearly always a factor when we evaluate those who would be our president.

However, when it comes to leadership in other (non-political) sectors – like building a moon lander, using saline water to grow a crop or finding a cure for a coronavirus – people don’t care if the performer is a man or a woman, young or old.

One of the reasons the age of Dr. Fauci doesn’t matter is that “Tony Fauci is one of the great scientists of this world” – high praise from the lips of Rep. Donna E. Shalala, for nearly 15 years the president of the University of Miami and Fauci’s boss when she was secretary of Health and Human Services in the Clinton Administration.

Over the past few days, I’ve tried to learn more about Fauci only to discover that he’s a fascinating fellow and to conclude that whatever confidence we might have in him is not misplaced.

First, on the personal side, Fauci is an admitted workaholic. According to the lead in a 2003 “Science” magazine story “Anthony S. Fauci works 14 hours a day, jogs for lunch, eats dinner with his family after nine, and continues working until bedtime, when he sleeps for about four and a half hours.”

Now a power walker, he ran his last marathon in 1990.  His personal best?  A respectable 3:37 in the 1984 Marine Corps Marathon in Washington.

When CSPAN’s Brian Lamb asked if this description of his daily life is still true, Fauci replied, “It’s still true…I do that. I work a lot of hours. I work most of the weekend. I don’t do it as a drag. I do it because I like it and I’m energized by what I’m doing.”

Fauci is married to bioethicist Christine Grady, and together they are parents to three adult daughters.  Grady, with an undergraduate degree in nursing and biology, spent years as a nurse to HIV/AIDS patients.  She also earned a Ph.D. in philosophy from Georgetown University.  She is the author of more than 175 papers in the biomedical and bioethics field and currently serves as chief of the department of bioethics at the NIH Health Clinical Center.

Second, Fauci epitomizes the idea that wisdom is a combination of knowledge plus experience, the experience that comes with age.

On the knowledge side, Fauci is the product of a Jesuit education from the first grade through college, earning his undergraduate degree at Holy Cross, where he majored in the classics.

“My Jesuit education,” he said, “gave me the desire to help people who are suffering.”

He then went on to medical school at Cornell University where, in 1966, he graduated first in his class.

During these years, Fauci made major contributions to HIV/AIDS research, and during his 40s and early 50s, Fauci was the world’s fifth-most cited scientist – out of more than one million scientists worldwide who had published during the period 1981 to 1994.

In his 60s, he received the Presidential Medal of Freedom, the nation’s highest civilian award, honoring his work to advance the understanding and treatment of HIV/AIDS.

On the experience side, Fauci has served six presidents and played a key role driving development of biodefense drugs and vaccines following the 9/11 terrorist attacks.

In addition, he supervised the President’s Emergency Plan for AIDS Relief, an initiative by President George W. Bush that has helped save millions of lives, primarily in Sub-Saharan Africa, and continues today – and leads federal efforts to combat diseases caused by emerging viruses, including HIV, SARS, the swine and bird flu epidemics, MERS, Ebola and now the new coronavirus pandemic.

However, Fauci’s success as a research performer and science administrator is more than matched by his skill and effectiveness in communicating scientific truths to elected leaders and the public – and great skill avoiding political traps and landmines.

For example, last week, in response to a politically loaded question from a journalist in the White House briefing room, he simply flashed a poker-face and said, “I don’t deal with that stuff”.

When CSPAN’s Brian Lamb asked how he earned his reputation as an effective communicator of difficult technical information, he said, “I like communicating science to the general public and to elected leaders so they can understand what’s at stake.”

He added, “My formula for that has three parts: precision of thought – which means know what you are talking about and know what message you need to deliver; economy of expression – which means say it as briefly and succinctly as you possibly can; and always tell the truth.”

Lamb also asked him what advice he would give to his successor for dealing with politicians.

Fauci’s response: “Be clear. Don’t try razzle-dazzle. Don’t talk down to them. Tell them truths based on evidence, because even though politicians, in the administration or in the Congress, may not be happy with what you tell them, they will respect you, if after a while it’s clear to them that you’re telling them the truth based on scientific evidence…that’s how you can be successful in getting good science to drive policy.”

As I listened to his words, my thoughts turned to how fortunate we are to have a public health leader with the wisdom of Dr. Fauci, who is known to speak with clarity, authority and prudence in a setting where he is respected by his political and professional bosses, by both sides of the aisle, and by nearly all elements of the media.

And when Dr. Fauci speaks, no one says anything about his 79 circumnavigations of the Sun.

Share the post "Dr. Fauci’s knowledge and authority show value of age and experience in pandemic management and messaging"