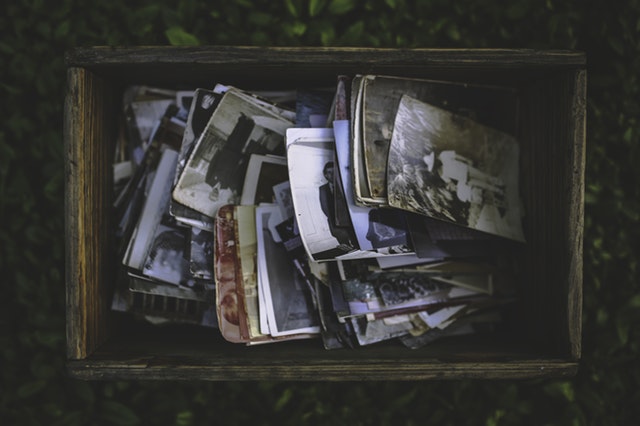 Downsizing to a condo does not require downsizing memories

July 1, 2018/Phil Burgess/Comments Off on Downsizing to a condo does not require downsizing memories

by Phil Burgess, Unabridged from the Life section of the Annapolis Capital, Sunday July 1, 2018

This past week I crossed paths with one of the most interesting women I’ve met in a long time.  Her name is Anne-Marie Baikauskas (pronounced by-KAWS-kiss).  She lives in Heritage Harbour, an active 55+ community in Annapolis which includes a community center with many community amenities and social events.  Baikauskas lives in a mid-rise condo.

Born in 1943, Baikauskas is a lovely, high-energy, animated woman of Italian heritage who gives new meaning to the phrase, “purpose-driven life.”

We began talking about books.  Baikauskas is an avid reader.  She had recently finished “America’s First Daughter,” an acclaimed historical novel by Stephanie Dray and Laura Kamoie about Patsy Jefferson, the eldest daughter of Thomas Jefferson.  “Patsy became his helpmate, protector, and constant companion after her mother’s death – even traveling with him when he became the American ambassador to France.”

Baikauskas then lifted another book from her table.  “This is what I’m now reading – also a Dray and Kamoie historical novel.  It’s called ‘My Dear Hamilton: A Novel of Eliza Schuyler Hamilton.’  It’s the story of a ‘founding mother’ who created her own American legacy in the midst of war, betrayal and tragedy.”

Baikauskas was born in Baltimore City and raised in a home on Middle River. “I have fond memories of getting up and heading out to the sandbar to fetch some soft crabs which my mother would cook for breakfast.  Living by the water is a great way to grow up.”

She added, “In fact, my whole life is a story of living on four rivers: three on the Chesapeake – Middle River, the Magothy and South River – and one in Florida, the Indian River, where for several years we spent some winter months.”

Baikauskas graduated from Seton High in Baltimore in 1961 and then Towson State College, where she earned her undergraduate degree in history and social science in 1966 and later, at George Washington University, where she earned a master’s degree in education supervision and human relations.

“Baltimore was home until I married Gene Baikauskas in 1970.  That’s when we moved down to Whitehurst on the Magothy in Severna Park where we lived for the next 32 years, raising our two children.  We had a sailboat called GIGIF – for “Gee, I’m Glad It’s Friday.’ We did a lot of family sailing, and my husband developed his marine art business, especially photography and watercolors.”

Her academic training prepared her for nearly 25 years of professional life, divided more or less evenly between teaching 9th grade social studies for Baltimore County Public Schools and serving as a personnel administrator and then manager for professional development for more than 3,000 employees of the Maryland judiciary.

Once their children married, the empty nesters decided it was also time for them to move – and to downsize.  And they did: in August 2001 to the South River Condo at Heritage Harbour.

Then, one year later, in September 2002, Gene unexpectedly passed away.  Baikauskas, a student and practitioner of “positive thinking,” had to create a new life.

Today her life is a combination of activities that include physical fitness, mental discipline, community service and social engagement – especially with her adult children and five grandchildren, all of whom live within an hour’s drive.

Baikauskas said, “I share Thomas Jefferson’s sentiment when he said, ‘My grandchildren are my greatest source of happiness.’  I love being with them.  I love watching them grow.”

Social engagement is also advanced by her service on the South River Condo welcoming committee, helping new residents learn the ropes at the condo complex and in the larger Heritage community. She also delivers the Capital to the 5th floor residents each morning, noting “that responsibility gets me up in the morning and helps me begin my day with positive thinking and serving others.”

Baikauskas sharpens her mental acuity by playing bridge – weekly, in three different groups.  In addition, she has taken classes to hone her writing skills to pen an autobiography for her grandchildren.  Plus she’s a movie buff, so she and a friend take in senior movie day most Tuesdays at Bow Tie Cinemas – most recently “Adrift” and “Book Club.”  And, of course, she reads.

At home, Baikauskas is the informal curator of a stunning collection of photographs and watercolors that her late husband produced over the years.  Her residence includes dozens of paintings and photographs each of which has a story – and Baikauskas is a captivating storyteller eager to share her stories.

As I departed, I noticed a pillow on her sofa with an embroidered quote from Mark Twain: “Twenty years from now you will be more disappointed by the things you didn’t do than by the ones you did do. So throw off the bowlines. Sail away from the safe harbor. Catch the trade winds in your sails. Explore. Dream. Discover.”

At the rate she’s going, I don’t think Anne-Marie Baikauskas will have many disappointments.