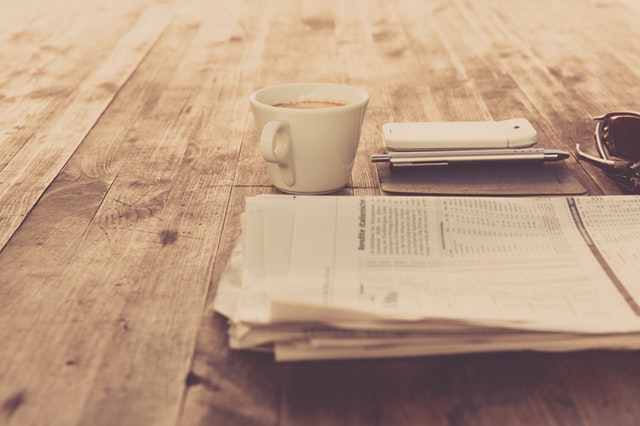 July 8, 2018/Phil Burgess/Comments Off on A local newspaper is important to a community – and especially to those in their bonus years

by Phil Burgess, Unabridged from the Life section of the Annapolis Capital, Sunday July 8, 2018

The aftermath of the heartbreaking event of June 28, when five staffers at The Capital tragically lost their lives at the hands of a lone gunman, has been a time of mourning, especially for the families, friends and colleagues of those who were lost.

But also for all of us. Indeed, as 17th century poet John Donne wrote, “…any man’s death diminishes me, because I am involved in mankind…”

The days since have also been a time of reflection. You could read that in the many news articles that conveyed stories about those targeted. You could hear and feel that in last week’s memorial services as people gathered to honor and celebrate the lives of those lost.

In our tributes to individuals, however, we must not forget that the lives of the men and women we remembered and celebrated last week were also lives devoted to advancing one of the most important institutions in our culture: the local newspaper, a platform especially favored by those in their bonus years.

Measured by circulation and ad revenue, of course, most local newspapers are on a downward trajectory, disrupted by digital technologies that have undermined the advertising base of the newspaper business model.

Measured by attention – especially when compared to the time younger generations spend with Facebook, Twitter and other social media – the local newspaper has increasingly stiff competition.
However, measured by the importance of the function it performs in our democracy, the local newspaper is vital, especially as news and information are edited and curated by trained journalists with deep roots and many connections in the local community.

In the words of Warren Buffett, “If you want to know what’s going on in your town – whether the news is about the mayor or taxes or high school football – there is no substitute for a local newspaper.”
I mention this because our local newspaper was wounded on June 28, and local community institutions it covers – both public and private – are singularly important to Americans in their bonus years, the least mobile age group in our society.

First, for most of us, nothing is more important than the place where we live – our home and neighborhood. We may talk about war and peace or presidential politics, but for most of us, it’s where we live, work, play, learn and move around to go shopping, be entertained or visit friends that counts the most – and nothing else is even close.

Those in their bonus years may not be working or going to school, but all the other aspects of place continue throughout life. It’s this place we call home that is covered by the local newspaper.

Second, the place we call home is also in a political jurisdiction. Towns, cities, counties, school districts, special districts like those created for public utilities – these and others all make rules and regulations, levy taxes or provide services that directly affect our quality of life. Once again, it’s the local newspaper that covers the public administration of the various jurisdictions that daily affect our wealth and well-being.

Third, the preponderance of Americans in their bonus years will age in place – as many as 90 percent. As people age, they reduce their consumption of stuff and increase their consumption of services – such as assistance with transportation, shopping and even activities of daily living, such as house cleaning, meal preparation, medication and home maintenance.
That’s why we have home care agencies in the private sector, such as Visiting Angels, and non-profits, such as Partners in Care, to provide everything from housekeeping and transportation for shopping to changing lightbulbs.

And who holds these institutions accountable? Professional guilds, corporate policies, social media rating systems – and local newspapers and investigative reporters who check out reports of wrong-doing or malfeasance.

Fourth, as you talk to people in their bonus years you quickly discover that the services and institutions they mention as most important to their daily lives, after Social Security and Medicare, are those organized by state and local governments or local community organizations.

Examples abound: the public library system, the seven county senior centers, the medical center, the community colleges, the county swim and fitness centers, and the many for-profit and non-profit home care providers..

Grant Whitmore, executive vice-president of digital at the New York Daily News, said it this way: “As so much of the country’s attention is focused on what is happening at a national level, it is easy to forget that what is going on in our local communities has the greatest impact on quality of life issues for ourselves and our families.”

Despite the talent, connections and experience we lost as a community just 11 days ago, those left behind produced a newspaper the next day – and every day since. Why? To fulfill their duty to the community and to honor fallen colleagues. Finding the truth and reporting the news are key missions of local newspapers and that’s why they will survive and eventually prosper in the digital era.

In the words of a local media executive in Great Britain, “Even in the age of social media, people still want to feel connected locally, to know what is going on around them, to hold power to account and be an advocate for the place they live.” I think that also describes why a healthy local newspaper is also important to Americans of all ages.