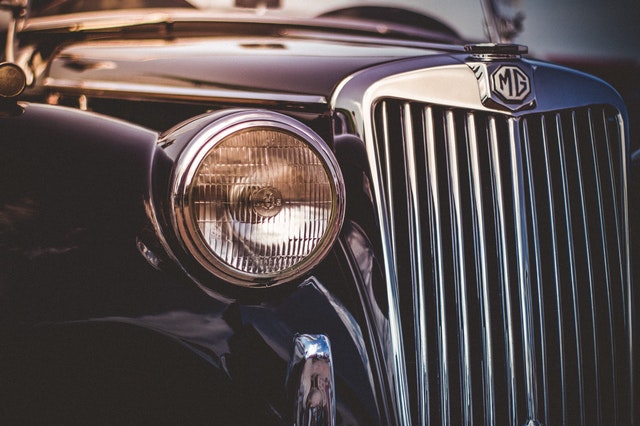 Disposing of cherished historic cars is a new kind of downsizing

October 28, 2018/Phil Burgess/Comments Off on Disposing of cherished historic cars is a new kind of downsizing

by Phil Burgess, Unabridged from the Life section of the Annapolis Capital, Sunday October 28, 2018

Unabridged article from the Life section of the Annapolis Capital, Sunday, October 26, 2019

Our bonus years spark thoughts of “the good ‘ole days.”  I’m not talking about board games like Monopoly, card games like canasta or fads like hula hoops.  I’m thinking about important things – like your first car.

My first car was a ’37 Chevy.  Though nearly 20 years old, it was no jalopy. It was like new, under 15,000 miles.  The original owner, homebound with health problems, seldom used it. You could still see “Body by Fisher” in the hardly worn floor mat.  It was a gem.

Since that time, I have always appreciated historic automobiles – i.e., automobiles at least 20 years old (down from 25 a few years ago) – though I’ve never owned one.

But every day, as I leave my neighborhood, I pass by a home with a collection of historic automobiles.

The collector is Steve Wilkinson, who is semi-retired after nearly 41 years with Montgomery County government.  Anne Marie, his wife of 32 years, retired from a career in financial services in 2014.

Last week, I called Wilkinson to see if I could talk to him about his cars and the origin of his interest in historic automobiles.  We met a few days later.  That’s when I learned that he comes by his interest in cars naturally: He loves driving.

Wilkinson was born in Silver Spring, Maryland in 1955, and graduated from Springbrook high school in 1973 – and later attended Montgomery Community College, majoring in social science.

In 1978, he landed a job as a bus driver with the county’s transit service. “It was a temporary job, but I’m still there after all these years.”

“After a few weeks,” he said, “I discovered I really liked driving a bus.  In fact, it’s more a people job than a driving job.”

For many years, he worked a part-time schedule – driving the morning rush hours, giving him the rest of the day for other activities.  That’s when he changed costumes to pursue a second, parallel career, selling residential real estate in Montgomery and Prince George’s counties.

“Altogether, it was a good life with lots of variety and good income doing work that was satisfying and productive.”

Unlike the grumpy Ralph Kramden of the “Honeymooners,” Wilkinson is warm and friendly.

“I have always enjoyed working with people and that’s what you do every day when you drive a bus.  You greet people.  You deal with people who forgot their money or people who almost missed the bus and are grateful that you saw them in time.  You find a way to help a young mother with a small child to get on the bus or an older person having trouble with the stairs.  It’s a gratifying job. Very satisfying.  That’s why I stuck with it.”

After driving a bus for 21 years, Wilkinson was advanced to transit coordinator, his job for the past 20 years.

“Transit coordinator is also an interesting job.  I’m sort of a trouble-shooter.  I show up if a bus has a mechanical failure or someone is injured or to help manage detours.  My Montgomery County career has been good.  I enjoy my work.  I work with good people.  It will be hard to give up when I move from semi-retirement status to full retirement in 2019.”

Wilkinson added, “I could have taken early retirement, but I decided to ease into it.”  And so he is, by returning to part-time work, trading unused vacation and comp leave to make up the rest of his salary.

That’s when I asked him about his historic cars and how they fit into his post-career future.  Wilkinson responded with chapter and verse about each car, beginning with the fact that “all but the most recent of his nine autos are licensed, insured and drivable.”

His first historic car was a ’67 Pontiac LeMans Sport Coupe with a V-8 engine – a mild version of the “muscle car,” the brainchild of John DeLorean, the General Motors wunderkind auto executive.

Wilkinson said, “It was a great automobile, but I sold it for a higher purpose – to purchase my wife’s engagement ring.

Classics on hand include a ‘54 Chevrolet Corvette, the first production model following the 1953 roll-out of 300 hand-assembled Corvettes; a ’62 Ford Falcon; a ’66 Thunderbird, the Ford sports car; a performance model ’69 Dodge RT (for road and track) with a 378-horsepower engine.

Wilkinson’s stable of automobiles is void of vehicles from the 1970s, but he does have a ’88 Buick Reatta, a two-door, two-seater sports car (to compete with the Mercedes-Benz SL 450); and a ’92 Dodge Stealth sports coupe which, according to one observer, offered “a lot of show with little go, a lot of show with respectable go or a lot of show with a lot of go” – depending on the engine size.

Wilkinson has the “respectable go” version. “Though my Stealth has 324,000 miles, everything still works – from the windows and cruise control to the AC.”

Wilkinson also has some historic cars in-waiting – including a ’99 Chevrolet Corvette, a ’00 low-mileage, garage-kept Cadillac DeVille; and a 2011 Volvo C-30 hatchback – plus a classic 750cc BMW motorcycle.

When I asked him how these machines fit into this new chapter of his life, he said, “I think I will be letting most of them go.  Anne Marie has tolerated my cars all these years, but she has never been thrilled about them.  As I join her in retirement, I want her to be pleased with the new course in our life together.”

Still, he plans to spend some time on his cars.  “I am not into restoration.  But I want to make sure each car is road-worthy and fully functional.  That will require some extra work on a few before selling them.”

Wilkinson then offered that he and Anne Marie want to do some traveling.  “We have two granddaughters in Oceanside, California where our daughter-in-law and son, a pilot with United Airlines, live.

“We also want to do a return trip to the Grand Canyon and drive the Lincoln Highway from Times Square in New York City to San Francisco’s Lincoln Park.

Conceived in 1912, the Lincoln Highway was one of America’s earliest transcontinental highways. Though its route has changed through the years, today’s Lincoln Highway is largely routed on Interstate 80.  Over time it has passed through 14 states, 128 counties and more than 700 cities, towns and villages, as shown on the official map at http://bit.ly/2PSVRge.

According to Wilkinson, “This is a great way to see America, especially if you like to drive – and we do.”

Wilkinson added, “I can’t really see myself fully retired.  When I was young, I was a shuttle driver, delivering cars to and from a Pennsylvania auto auction.  Occasionally,  I would deliver cars cross-country.  I could see doing that again, maybe shuttling cars for Hertz or one of the other rental car companies.”

Wilkinson paused for a moment and then, with a playful smile, added, “Look, I’m a car guy. I love cars.  I’m told that ‘car’ was the first word I uttered as an infant.”

“I also plan to be more involved in our community, the Anchorage.  I have already volunteered to work on the general improvements committee.  Plus, the Anchorage is a sailing community, so I want to spend more time sailing my 1978 Ericson 29, also an antique.”

Wilkinson’s down-to-earth, no-frills quality is refreshing, one that reminded me of a comment by Alan Turing, the father of computer science and artificial intelligence, who said, “We can only see a short distance ahead, but we can see plenty there that needs to be done.”  Steve Wilkinson is setting about to do it.