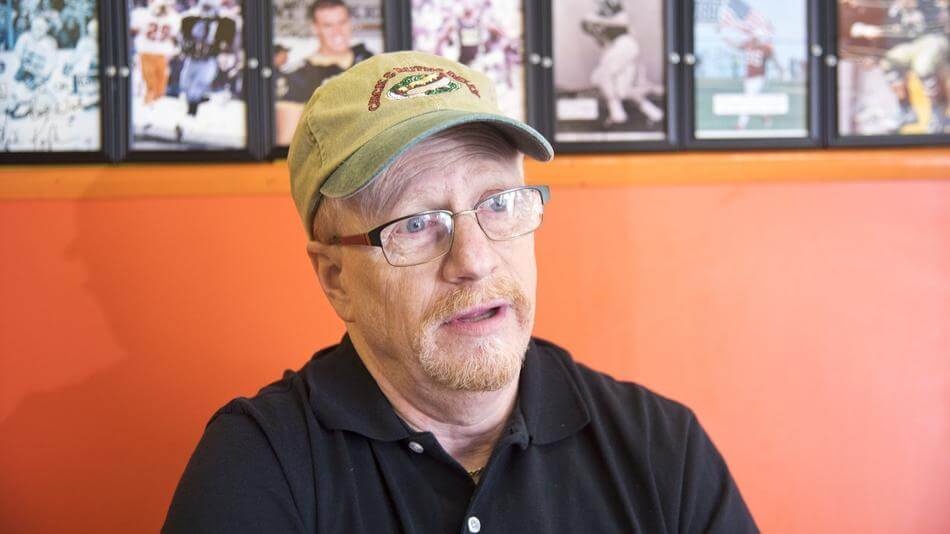 Helping the young to a legacy of trains, planes and automobiles

March 25, 2018/Phil Burgess/Comments Off on Helping the young to a legacy of trains, planes and automobiles

by Phil Burgess, Unabridged from the Life section of the Annapolis Capital, Sunday March 25, 2018

Way back in 1993, Mary Sue and I decided to move to Annapolis from Denver. It was a move shaped by desire and experience, not by the requirements of family or a job.

It happened this way. During the mid-1980s, we lived in Washington, D.C., for four years. As lifelong sailors, we bought a sailboat which we kept at Herrington Harbour. We spent many of our weekends anchored in Spa Creek or another of the Annapolis area creeks It didn’t take long for us to fall in love with Annapolis, so four years after returning to Denver we decided to make Annapolis our home.

When we came back to Annapolis to look for a place to live, we stayed at the Scotlaur Inn, the bed and breakfast above Chick and Ruth’s Delly on Main Street. That’s when I first met Chick Levitt and his son, “Uncle Ted” Levitt.

Following the passing of Chick in 1995, Ted and Beth, his wife of 37 years, assumed responsibility for the management and operations of the inn and restaurant.

After moving here, we would visit Chick and Ruth’s from time to time, usually for breakfast or lunch. One Saturday morning about three years ago, Ted Levitt was walking the floor and, as always, talking to customers.

When he came to our table, I asked him, “Ted, are you ever going to retire?”

“Well, if you are, I would like to do a story about your bonus years plans. Do you know what you’re going to do?”

I think he saw I was confused as I flashed the RCA-dog look, so he explained.

“I spend 12 hours a day here, six to seven days a week. I arrive here at 5:30 a.m., an hour before we open. I go home at 5:30 p.m. in the evening. I have spent all my life working here, since I was 8 years old. And I love it. Don’t get me wrong. I wouldn’t trade my experience here with customers and our employees and vendors — many of whom are also friends — for anything in the world.”

Levitt continued, “We are family here, both literally and figuratively. The restaurant business is not known for employment longevity, but we have people who have worked with us for 10, even 20 years or more. You can’t ask for much more than that.

“But I have another life. I restore antique cars. I build model airplanes. I love woodworking, so I build everything from tables to music boxes. I also use my woodworking and metalworking skills to construct all the buildings, bridges and other structures — even some of the rolling stock — for the HO scale model railroad I am building in my basement.”

He added, “In fact, two my friends, Hal Olson and Mike Zitsmann, come over to my home on Monday evenings when we work together to build out the model railroad.”

Levitt then invited me to his home to see his train. It took me three years to take him up on his invitation, but last week I emailed him to see if the invitation was still good. He said it was, and I spent more than three hours with the now “retired” Levitts at their lovely home in Crownsville.

What I learned was beyond breath-taking. When Levitt said he knew absolutely what he would be doing when he retired, he meant it. It is everything he was doing before he retired, except he doesn’t spend 12 hours a day at the restaurant, which he sold late last year to Keith Jones, who is retaining the name and the many traditions, beginning with the Pledge of Allegiance to open each day.

“Oh, I still visit the Delly. I’m up at 6:30 so I go there a few times a week for breakfast or lunch. And Beth and I have dinner there two to three times a week. The quality of the food is the same. Many of the people are the same, so I can now enjoy just being a customer and seeing longtime friends.”

“But,” he quickly added, “the rest of my time is devoted to trains, planes and my antique cars.” 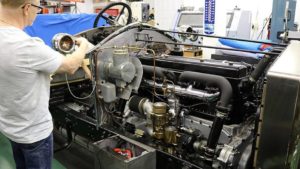 Levitt is an American original. His time may be devoted to trains, planes and antique cars, but his heart is devoted to preserving the artifacts and spirit of our nation for future generations.

He is also devoted to demonstrating the value and joy of working with your hands to create things.

Levit also continues to work with his friends to build out the model railroad, which now consumes around 400 square feet of his basement. He is also well into building a Cessna 172 model plane.

The classic automobile section of Levitt’s drive-out basement covers about 2,200 square feet where he parks 13 restored antique automobiles. Most are Dodge Brothers from 1915 to 1933, but his collection also includes two classic Rolls Royce Phantoms and a 1975 Corvette Stingray.

However, his most cherished classic is a 1933 Dodge, which was originally purchased by Chick and Ruth shortly after their marriage in 1947.

The auto section also includes a Texaco gas pump and two automobile lifts, allowing him to work on the undersides of his automobiles.

Of course, words like “modeling” and “restoring” require a lot of painting, woodworking and metal working — all of which require equipment and storage. These take up another 1,500 or so square feet.

Levitt said, “This looks like a lot of space, but I want this to be a place where young people can visit to see the automobiles their great-grandparents drove. I want them to see how trains work. I want them to see what you can achieve if you learn how to work with your hands.”

He uses clipboards to keep track of the work he is doing on his cars, model plane and model railroad — one clipboard for each project. When I found a “to-do” list on the running board of one of his cars, I asked, “What’s this?”

“Oh, I just wrote that this morning, before you arrived. You know, at our age you need to write things down or you forget,” flashing that signature Levitt smile that everyone knows so well.

Quick transition at Chick and Ruth’s after Annapolis mainstay sold to new owner
When I thought I’d seen it all, I said, “So, this is how you spend your time these days?”

That’s when Levitt dropped the showstopper. “Not really. Working with Beth, I now spend about 50 percent of my time on the work of the Faces of Valor USA foundation that we set up after 9/11. The foundation provides financial assistance to the military, EMTs, police and other first responders injured in the line of duty.”

He explained, “These are the people who protect us. We do all we can by raising money to purchase or enlist partners to contribute electric wheelchairs, accessible vans, elevators and other equipment that will ease some of the pressure on the individuals and their families as they adjust to a new life living with permanent disabilities.”

He added, “We also provide scholarships to children of those killed in the performance of their duty at home or abroad. It is both humbling and inspiring to be around these individuals and their families.”

However, Faces of Valor USA is another story for another day.

Until then I have to say it’s both humbling and inspiring to be around Ted and Beth Levitt. They are people who walk their talk. Gratitude, beginning with love of country and those who protect it, is expressed in everything they talk about and everything they do.

Levitt expressed it on the job, greeting customers with upbeat comments about life and Annapolis — along with sleight-of-hand magic tricks to delight the kids. He does it now, giving full time to what used to be hobbies and pastimes, bonus years pursuits to which he brings a lifetime of experience honoring our country and its can-do spirit.

He has a small placard in his living room which says, “I’m not retired. I’m just getting started.” True that!