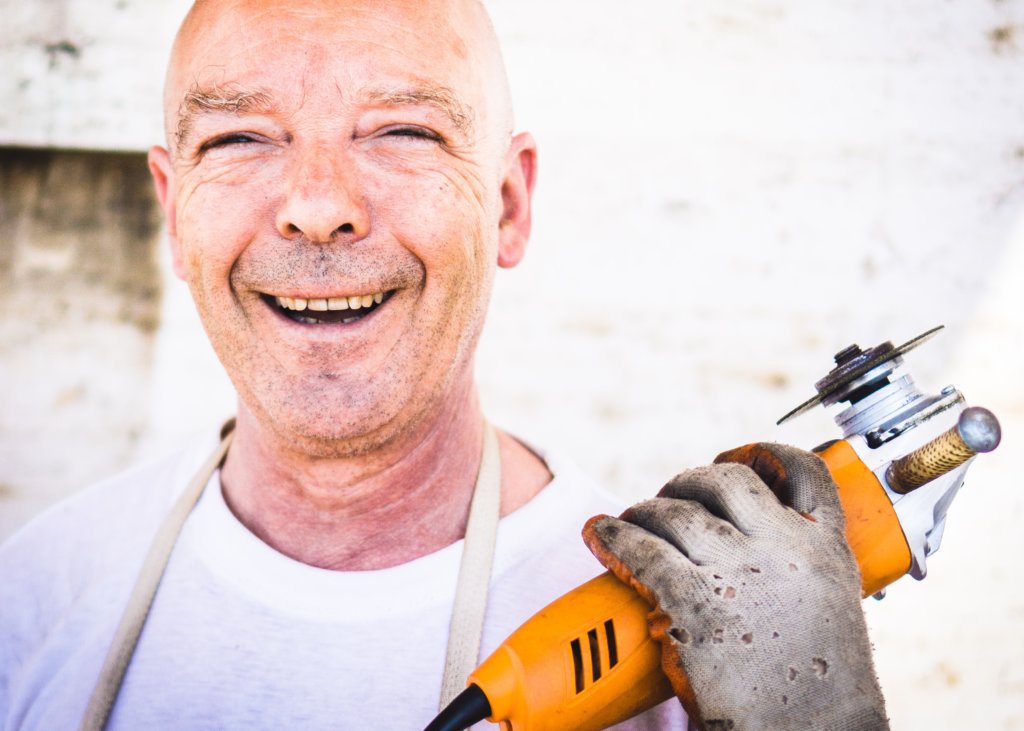 September 16, 2012/Phil Burgess/Comments Off on Aging goal: Getting better, not just older

by Phil Burgess, Unabridged from the Life section of the Annapolis Capital, Sunday September 16, 2012

For the past few months we have written each week about Marylanders in their post-60 bonus years, seniors fully engaged as editors, nurses, volunteers, philanthropists, home builders, coaches, music directors, cooks, mentors, even Olympians – including several seniors working into their 80s.   Whether you consider the stories we have covered or think about people you know, you have to ask yourself:  How in the world did the idea of retirement to a life of leisure and amusement ever come to be viewed as desirable?  More astonishingly, how did voluntary disengagement come to be something to seek…and something to be valued, and to be proud of once attained?

How many times have you heard friends or acquaintances – puffed up with pride and an apparent sense of accomplishment – say:

In fact, not long ago, a twenty-something stockbroker whom I see now and then at the Arundel Olympic Swim Center, where I take a daily swim, told me that his driving ambition is to retire when he is 45!  “To do what?,” I asked. He looked at me like I was from another planet and repeated…slowly, “To…re…tire!”  I think it was only good manners that kept him from responding “To retire, stupid!”

Even worse, books abound encouraging us to “retire early and live well.”  In fact, the average age of retirement in the US dropped from over 65 to 62 over the past few decades.  Indeed, there are literally dozens of books in the local Barnes & Noble that encourage early or semi-retirement and provide advice on how to do it – beginning with The Complete Idiot’s Guide to Retiring Early.

Still, as we have seen, for many the later-life years are the best years.  In The Age Heresy, authors Tony Buzan and Raymond Keene remind us that many of the world’s “inspirational greats and geniuses” seemed to get more productive and creative as they got older.  Examples:

Notably, men and women in the developed world increasingly view later-life, in the words of the New York Times reporter Kirk Johnson, “as just another stage of exploration and are pushing further and harder, tossing aside presumed limitations.”   Johnson’s story focused on Tom Lackey, an 89 year-old wing-walker who crossed the English Channel at 160 mph with his feet strapped to the top of a single-engine airplane.

To be sure, many later-life people are involved in the experiential world of sensation, adventure, eco-tourism and culture.  But many are also engaged in productive work – evidenced by the work of many, easily-recognized later-life notables.  Leaving aside media and entertainment personalities such as Clint Eastwood (81), Regis Philbin (80), or Larry King (78), think of business tycoons such as Sumner Redstone (89), Warren Buffett (81), Rupert Murdoch (80), oilman-turned-alternative-energy-evangelist T. Boone Pickens (83), former General Electric CEO-turned-educator Jack Welch (76) or fitness guru Jane Fonda (73).

Even when faced with disabilities, some don’t quit; instead, they simply shift to a new line of work more compatible with their limitations.  There are many, of course, who made a healthy adjustment to their limitations – Helen Keller and Franklin Roosevelt come to mind – and some Main Street characters I have met in my life.

Perhaps the most inspiring example is Anna Mary Robertson Moses – better known as Grandma Moses, one of America’s most celebrated folk artists.  Called “spry”, “indomitable”, and “mischievous” by the New York Times obituary, Grandmas Moses was born before Abraham Lincoln was president and died at age 101 when John F. Kennedy was president.  She started working at age 12 as a “hired girl” doing housework.  After marrying at age 27, she worked the family farm with her husband.  She later switched careers again, creating and selling embroidery work, but was forced to give it up in her early 70s because of arthritis.

In 1936, at age 76, Grandma Moses began serious painting.  According to the Times, “She could not hold a needle, but she could hold a brush, and she had been too busy all her life to bear the thought of being idle.”  Three years later, in 1939, Grandma Moses’ paintings were represented in an exhibition of “contemporary unknown painters” at the Museum of Modern Art in New York. The rest is history.  When she died in 1961, President Kennedy said, “…her paintings restored a primitive freshness to our perception of the American scene.”

The idea of life-long engagement is brought to life by a story told of US Supreme Court Justice Oliver Wendell Holmes, Jr. (1841-1935).  “When he reached 90, it became customary to ask him if he would soon retire. ‘I shall not resign or retire,’ Holmes reportedly said, ‘until the Almighty Himself requests.’”  However, Holmes did subsequently resign from the Court in 1932, but he didn’t really retire.  Shortly after his inauguration in 1933, the new president, Franklin D. Roosevelt, paid a visit to Holmes, now age 92.  He found homes reading Plato.  “Why do you read Plato, Mr. Justice,” the President asked.  “To improve my mind, Mr. President, to improve my mind.” Holmes replied.

To paraphrase Norman Vincent Peale, a wise observer who now belongs to the ages, “Nobody grows old by living a number of years. People grow old from a lack of purpose. Years wrinkle the skin.  Lack of purpose wrinkles the soul.”