Reboot! author, Phil Burgess, is available for keynote presentations, executive briefings, club lectures and speeches on any of the themes of his book.

Other speakers are available for specialized presentations. Please fill out the form below to communicate your interest in engaging Phil Burgess or to explore a program involving Bonus Years messages.

"When Phil Burgess gets up to speak, he doesn't just take the floor. He takes the whole room - floor, walls, ceiling, people and every last scrap of oxygen in the place."

"You were not only extremely articulate and entertaining, but right on target."

"Your advice and council as we prepared our transition plan was invaluable, and it once again reminded me why so many political leaders have turned to you over the years for advisory services and technical assistance."

"You infused the room with energy and ideas...your presentation was a great way to cap our conference."

"By using philanthropy as a framework, you were able to engage a diverse group of participants...in issues of the relationship of philanthropy to community as well as to economy and demography."

"Your presentation was very enlightening, dynamic and fun!"

"You encouraged the Extension Forum audience to look past the present, stretch beyond the comfortable, and consider what might be possible. Your message was timely, challenging and appropriate." 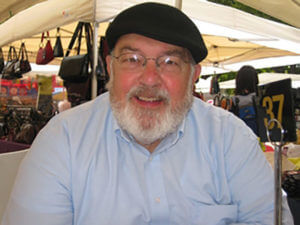 Phil Burgess is an award-winning educator, businessman, and writer who has lectured world-wide – in the Americas, Europe, and Asia, including Japan, China, India, Korea, and Vietnam.  He has appeared on PBS, NPR, CNN, and CNBC, and his views have been reported in regional, national and international media – including Sydney Morning Herald, The Financial Times (London), The New York Times, Wall Street Journal, The Denver Post, and Vital Speeches.  More than 350 weekly commentaries on America’s political culture appeared in the Denver-based Rocky Mountain News from 1990-2001 and were nationally distributed to more than 140 newspapers by Scripps Howard News Service.

A former university professor at The Ohio State University, University of Colorado and Colorado School of Mines – and a visiting professor at UCLA, University of West Florida, and Australia's Royal Melbourne Institute of Technology (RMIT) – Phil also served as chief executive of the Congressionally-chartered National Academy of Public Administration in Washington.

Phil had three careers before “retiring” – first as a professor at The Ohio State University, University of Colorado, and Colorado School of Mines; second, as chief executive of non-profits and think tanks focused on public policy and economic development; and third, as a C-suite executive at large-cap, multi-national media-communications companies: US West (now CenturyLink) and Telstra (Australia) where he was also a visiting professor at the business school of the Royal Melbourne Institute of Technology (RMIT).  He is currently a senior fellow at the University of Southern California’s Center for the Digital Future.  Phil and Mary Sue, his wife of 30 years, have three adult children and live in Annapolis, Maryland.

Have someone who would make a great Bonus Years Biography? Send us your thoughts:

Thanks for your message! We’ll be in touch soon.